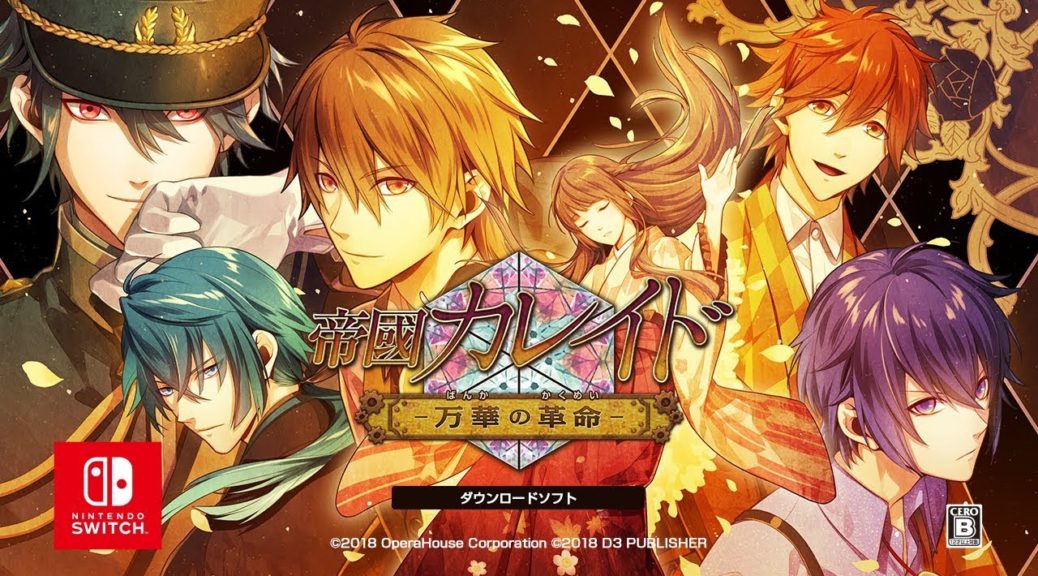 The demo is now live on the Japanese region Nintendo Switch eShop.

More details and the trailer below can be found below:

What is “The Charming Empire”?
“The Charming Empire” is a dating simulation game set in the Taisho Roman era of Japanese history.
Each scenario is fully voiced, featuring the work of voice actors such as: Tetsuya Kakihara, Toshiki Masuda, Takuya Eguchi, Toshiyuki Toyonaga, Kenjiro Tsuda and more.
Teikoku Kaleido’s detailed and gorgeous artwork is illustrated by Mitsuya Fuji, who currently creates artwork for other mobile games and CDs.

*Story
Our heroine, Amane Kosaka, was living a simple yet happy life in the countryside until one day she was suddenly taken away to live in the empire, summoned by her brother Soshi Amazaki — the current ruler. Though she was unaware of the underlying circumstances, she finds herself brought to this lively and palpable central city.

Living in the immaculate royal palace, our heroine comes to learn that the empire might not be as joyful as it seems.
Her brother is no longer the gentle man she once knew…
A corrupt organization secretly runs things behind the scenes…
The heroine’s fate guides her down the path of love.