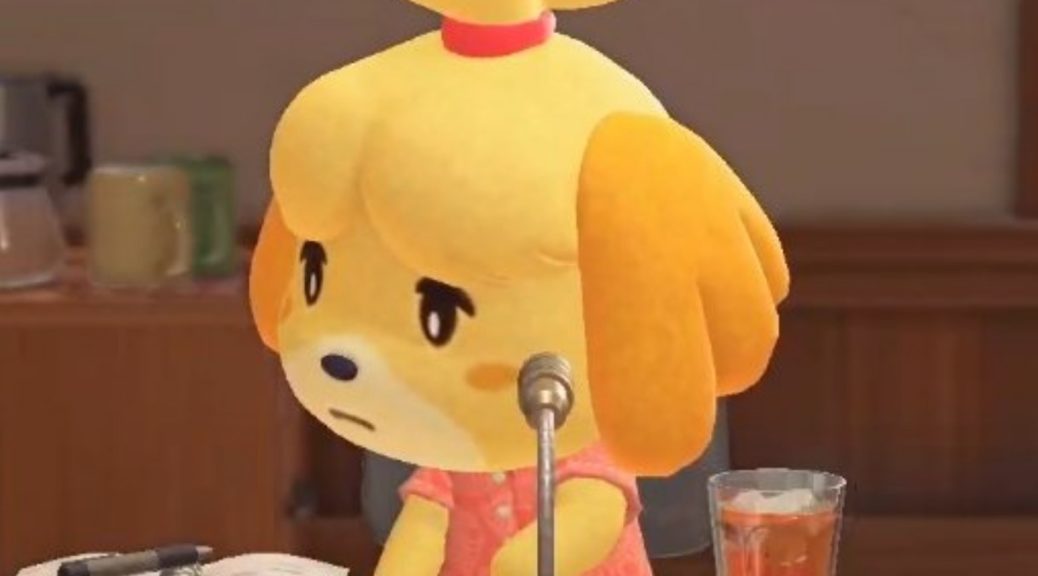 During the latest Animal Crossing: New Horizons Direct, there was a short scene of Isabelle at the Town Hall with a glass of brown looking liquid.

should have known Isabelle was a alcoholic pic.twitter.com/YlCVj3SITH

no one told me Isabelle was gonna be slammin back whiskey on the rocks in the new #AnimalCrossing pic.twitter.com/Hkf93IdhHn

However, the Japanese don’t believe Isabelle is drinking whiskey, and they found that pretty ridiculous too. Unlike those in the west, they believe she was drinking barley tea, which is a non-alcoholic drink (translated by NintendoSoup):

“I guess the beverage close to Isabelle is a glass of barley tea, LOL at those in the west who think it’s whiskey.”

“I guess those living overseas have no idea that the mysterious beverage is barley tea, so they thought it was whiskey. HAHAHA”

“Look what just appeared on the Yamanote train line” – “Whisky = Scotland, Whiskey = Ireland. Though the whiskey in Japan is usually Scott Whiskey, many use the term ‘Whisky’ instead.”