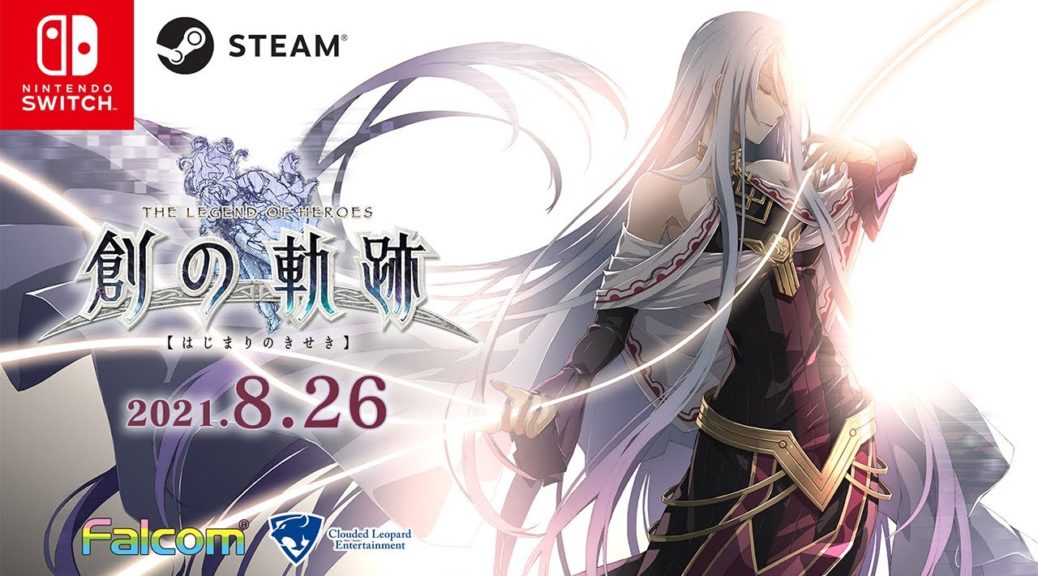 The latest entry in Falcom’s The Legend of Heroes series is arriving on the Switch!

Publisher Clouded Leopard Entertainment announced that The Legend of Heroes: Hajimari no Kiseki will launch on August 26 in Japan and Asia.

You can check out a new trailer and an overview of the game, via Clouded Leopard Entertainment:

The Legend of Heroes: Hajimari no Kiseki is the latest installment in the Trails series, marking a turning point toward the series’ completion. It features a cross-story gameplay system that allows players to switch between three different characters, depicting the story from separate perspectives within the same timeline, as well as over 50 playable characters and extensive scenarios that delve into the background of each character. The Legend of Heroes: Hajimari no Kiseki for Nintendo Switch and Steam includes exclusive costumes, attachment items, etc. that were originally bundled with the PlayStation 4 version*.

In The Legend of Heroes: Hajimari no Kiseki addition to the Original Japanese Clothes sets, all-new Character Banner sets, and ARCUS Cover sets, the Support Section Summer Vacation pack will also include mini-games and swimsuit costumes, for a total of over 30 pieces of downloadable content.

It is also compatible with the major update Beyond the Reverie, which expands various in-game elements such as increasing the max level limit, adding playable characters, and adding episodes.

*Includes only downloadable content sold on the PlayStation Store. Please note that consumable items are not included.

*Please note that this product is not compatible with VR platforms. Only standard controllers can be used for VR- compatible content.

Where it all ends is where everything first began…

The empires of Zemuria have narrowly managed to escape the Great Twilight, a curse that threatened to end the world, thanks to the valiant efforts of those known as heroes. This has resulted in a ripple effect of events that hurtles the series toward its thrilling conclusion. Following the Great Twilight calamity, the three protagonists across the Zemurian continent find themselves drawn together by the thread of fate.

Some are heroes, others are liberators, and yet others live as hermits. What will the people of Crossbell think of their newfound independence?

What will become of an empire which has lost one of its mighty limbs? And what of Ouroboros’ leader, the Grandmaster, and his ominous Eternal Regression Plan?

Going by previous Japanese and Asian releases for this series on the Switch, English language support will likely not be available for this title. We will cover any updates regarding a Western release of Hajimari no Kiseki as they come, so stay tuned.