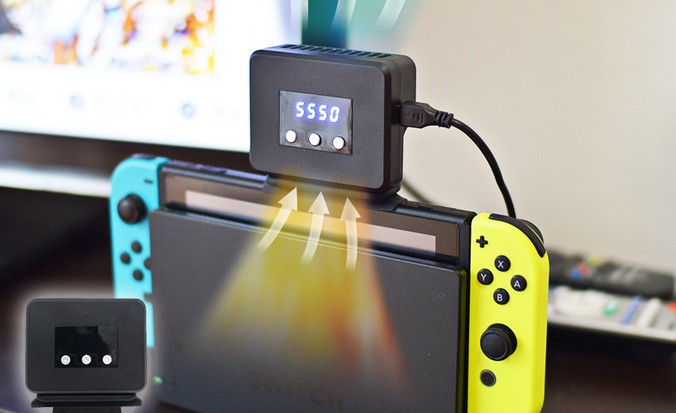 Thanko’s latest cooling fan accessory is called “Switch Fuyaswitch”, which could be translated as “CoolinSwitch”. Unlike conventional cooling fans, Thanko’s cooling fan is enclosed in a plastic widget. The widget is attached directly above the Switch’s vents to quickly absorb the heat generated and cool the system down in TV Mode: 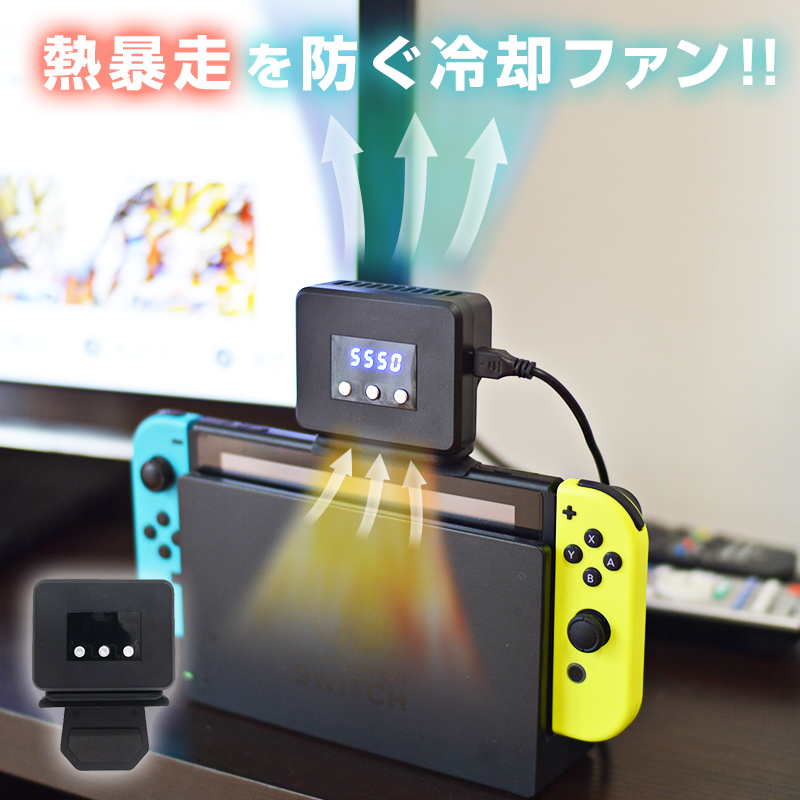 The widget is connected via a USB cable to the power supply so it can work: 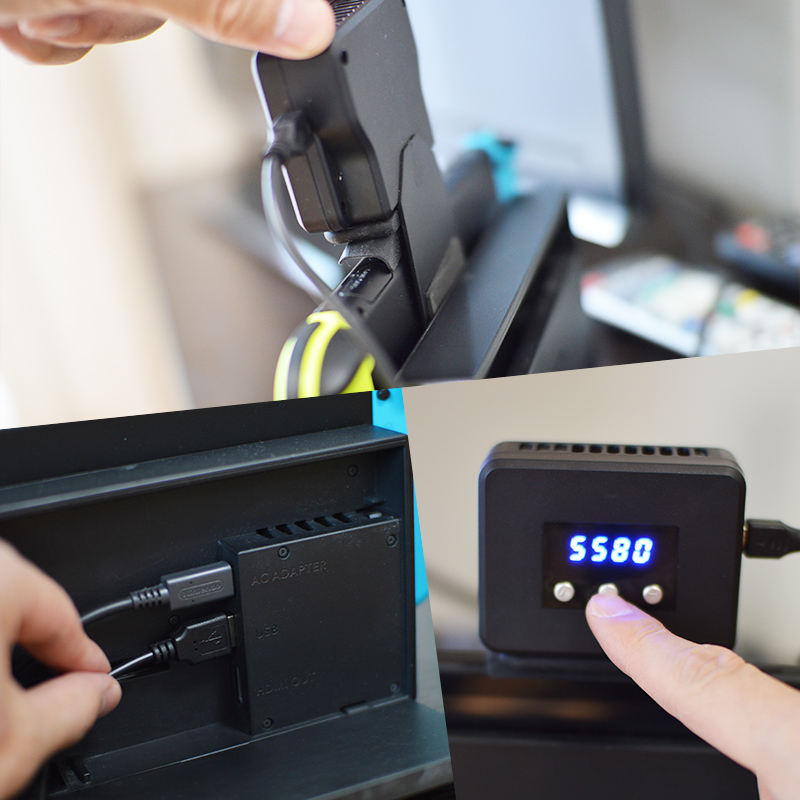 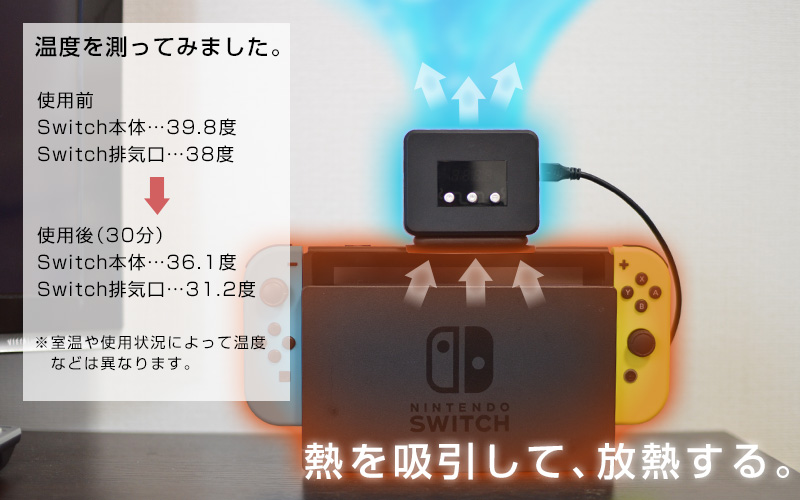 A cross section of how the widget is attached: 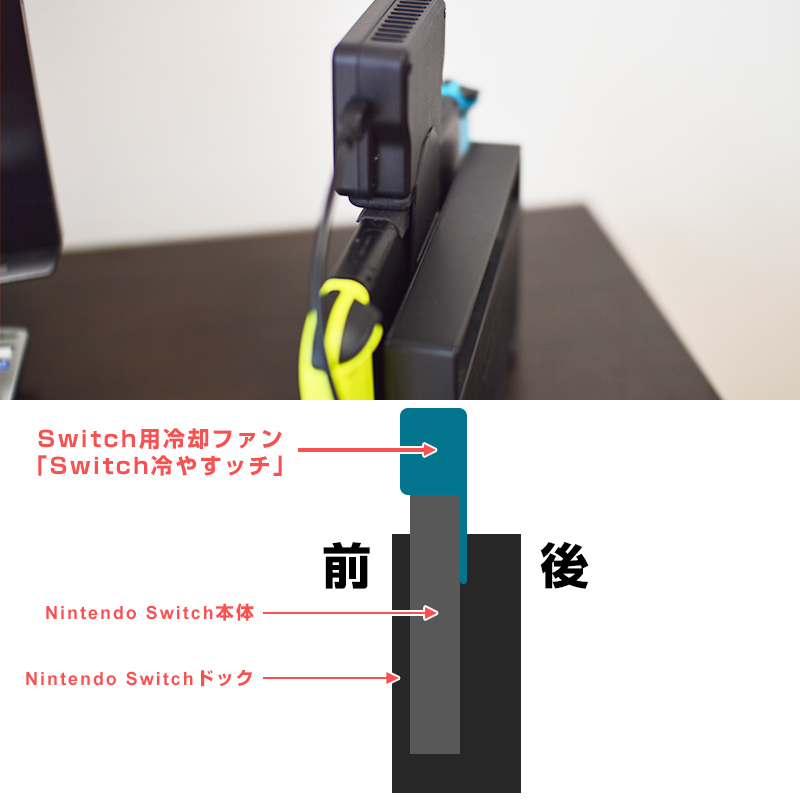 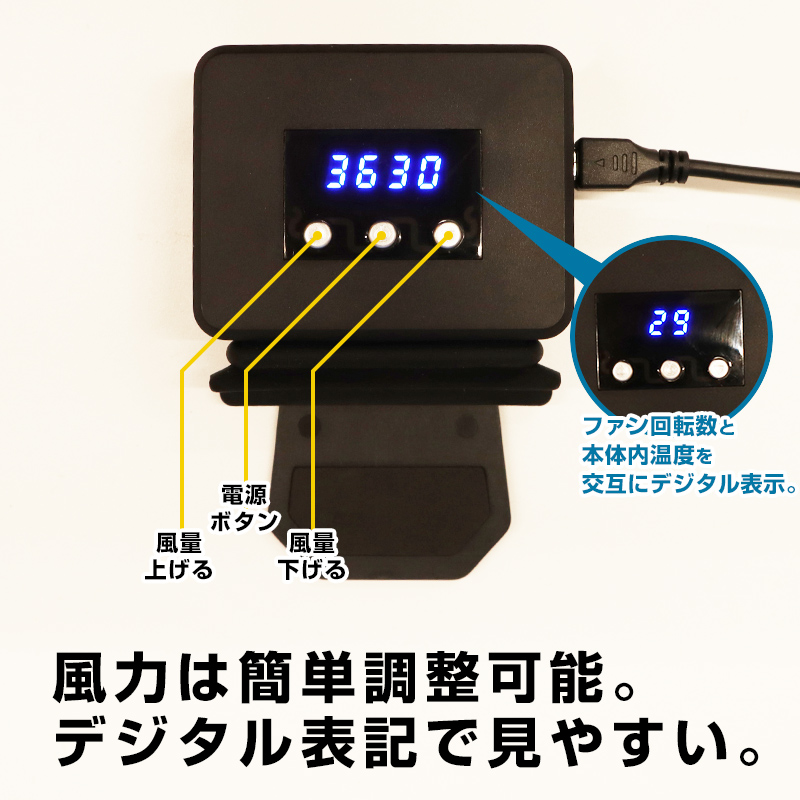 The widget is touted as a powerful fan that’s small in size. 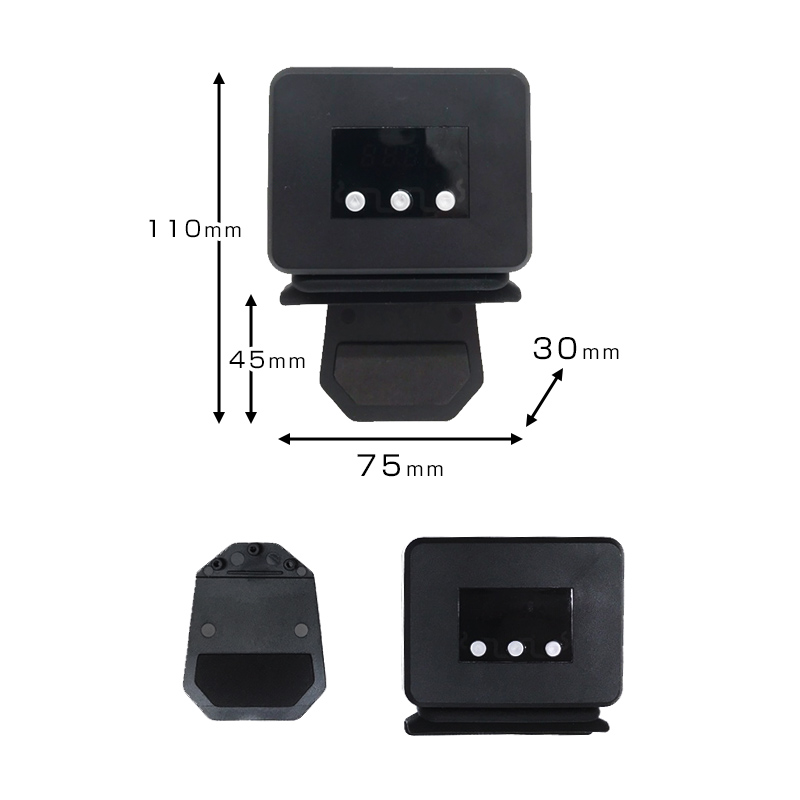 If you’re interested, check out the video below to see it in action: