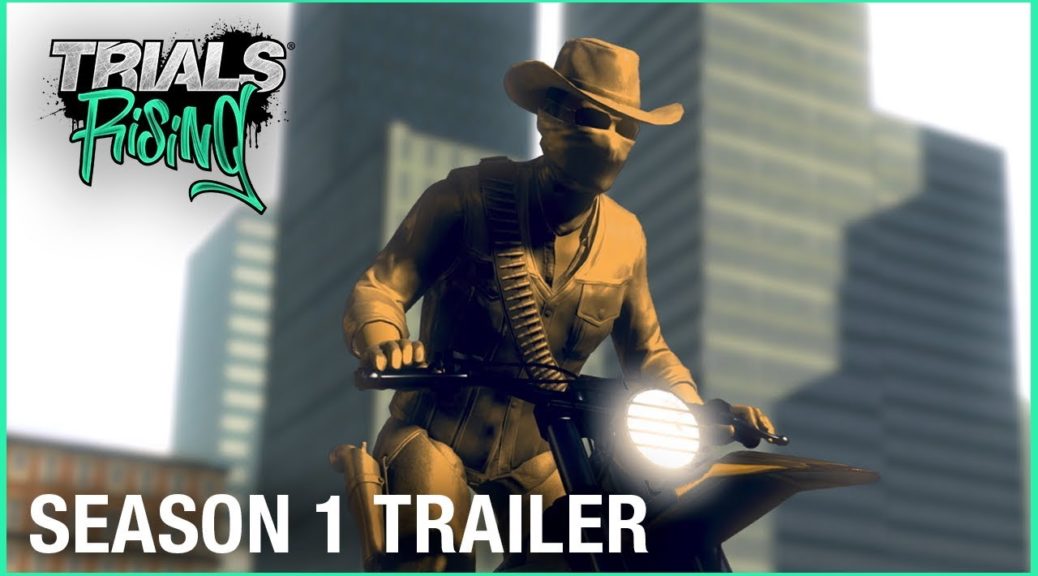 Ubisoft has kicked off the first season of Trials Rising on Nintendo Switch and all other platforms today.

Starting today, players can participate in online multiplayer races and compete for the highest ranks on the leaderboards. The competition will end on May 31, 2019. Also announced is a free Easter Event where players can receive special Easter items.

Full details and trailer below:

The first Season of Trials Rising kicks off today, and the race for prestige, glory, and an exclusive rider outfit is on. By competing in online multiplayer races, players will climb through the ranks, and with each new division they reach, a new part of the five-piece Golden Cowboy Outfit will be theirs. This competition will run through the end of May; during that time, new customization items will become available through Gear Crates and in the Gear Store. On top of that, the Easter Event and the release of Trials Rising’s first expansion, Sixty Six, will bring even more Trials goodness to the table.

Starting in April, the free Easter Event will run for two weeks and introduce themed customization items for a limited time, including an Easter Bunny outfit. These items will be available through special Easter Event Gear Crates or through the Gear Store. Furthermore, players will have a chance to earn a themed helmet by completing a special Ubisoft Club Weekly Challenge: collect glowing data cubes hidden throughout 10 select tracks.

On April 16, Sixty Six — the first expansion — arrives, so stay tuned for more info. Sixty Six is included in the Expansion Pass, and will also be available for standalone purchase.