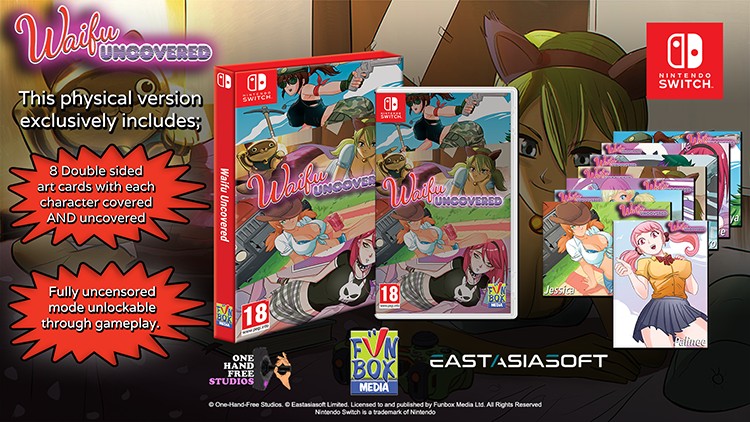 Back in 2020, Eastasiasoft and Funbox Media released a physical edition of sexy shoot-em-up adventure Waifu Uncovered – which features an exclusive “Fully Uncensored” mode not available in its digital release. Well, it looks like this version of the game got a little too saucy for the authorities in Singapore.

‘Waifu Uncovered’ is an action game of the “shoot ’em-up” genre, with 2D animated graphics. The objective is to save girls by piloting a small craft from a top-down perspective to shoot and destroy aliens. In the process, the girls will be relieved of their outfits until fully nude.

The game is refused classification.

A large image of a female character can be seen in the background of every stage. When enough points have been accumulated by killing the enemies, an article of clothing disappears from the girl. This continues until the girl is nude. At this point, a boss enemy appears and must be defeated to progress through the level. The bare breasts and genitalia of undressed female characters can be clearly seen for prolonged periods as the player’s aircraft hovers about the stage during gameplay.

The game contains frequent and prolonged depictions of nudity, including images of female genitalia. These depictions which are exploitative and excessive, make up a significant portion of the gameplay, being a main feature of the game. The Video Game Classification Guidelines state that any material that includes exploitative nudity will be refused classification.

We’ll report back if this situation develops further in the future. Stay tuned.