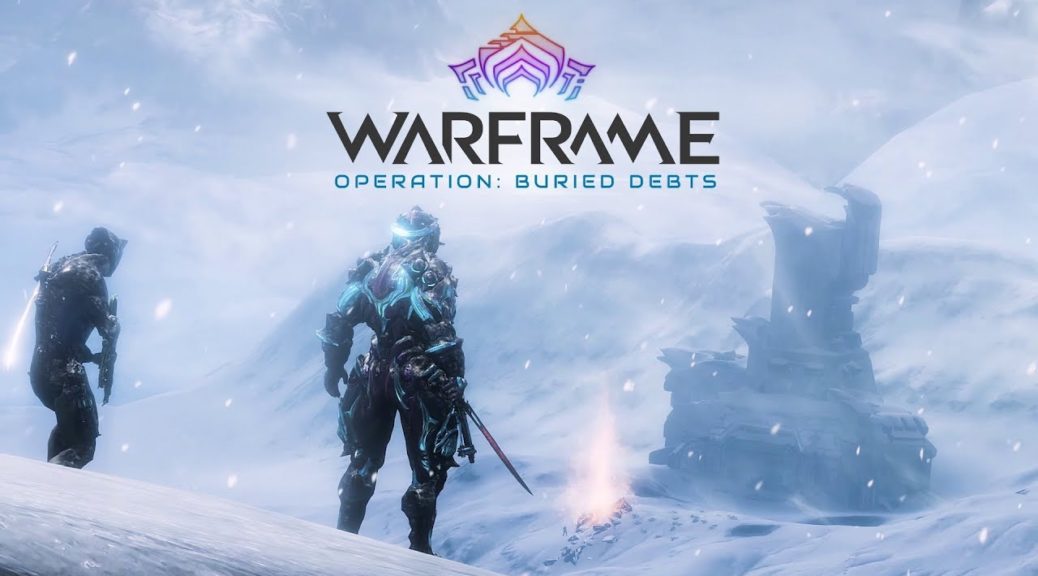 The latest update introduces a new Warframe called Hildryn, bringing the total number of playable Warframes to 38. Other features have also been added in the major update.

Check out trailers and details below:

Coming today to PlayStation®4, Xbox One, and Nintendo Switch™, Canadian developer and publisher Digital Extremes will unveil Warframe®‘s newest update, Operation: Buried Debts — coupled with an enigmatic challenge. Deep in the bitter heart of Fortuna‘s Orb Vallis lies a hidden mystery, one that Tenno must confront together to unlock. Paired with the Update is the immediately gratifying first phase of Warframe‘s melee system updates, and the arrival of the 39th Warframe, Hildryn, adding depth and power to a healthy stable of 38 playable Warframes.

Operation: Buried Debts poses a disturbing new wrinkle to the evolving story of Fortuna‘s debt-internment colony. Following the original expansion and the subsequent update, The Profit-Taker, Tenno must work alongside the community and Solaris United to locate, uncover, and solve a multi-part Operation and the mystery lurking below the surface. Player will earn unique items throughout the Operation, but they’ll need to take down a tremendous foe to unlock the final reward.

Instantly noticeable to players new and old is the integration of Melee Changes: Phase 1. With this first update, players will experience more fluid combat and a smoother, faster, bolder system. Beyond instant weapon-melee switching, when interrupting a melee combo with gunfire, dodging, bullet jumping, or any parkour, players’ next melee attack will resume the combo where it left off (within a window). Find more details in our Dev Workshop.

Players hungry for a new warframe play-style and visual aesthetic should enjoy Hildryn. Unlike most Warframes, she draws from her Shields to fuel her Abilities, while Energy works to recharge them. Take her to the skies and rain down destruction with a powerful set of offensive and team-based tools!

Following last year’s open-world debut with Plains of Eidolon, Fortuna is a sweeping open-world landscape on the visionary terraformed planet of Venus, giving both players a chance to quickly access entirely new gameplay content, all for free. Explore the huge new terrain on foot, hop on the radical Bondi K-Drive Hoverboard, soar through the air via Archwing, or lose yourself exploring, hunting, mining, fishing, and facing off against the nefarious Nef Anyo. Buried Debts is the second major update to Fortuna, following The Profit-Taker, currently available on PC, PlayStation®4, Xbox One, and Nintendo Switch™.