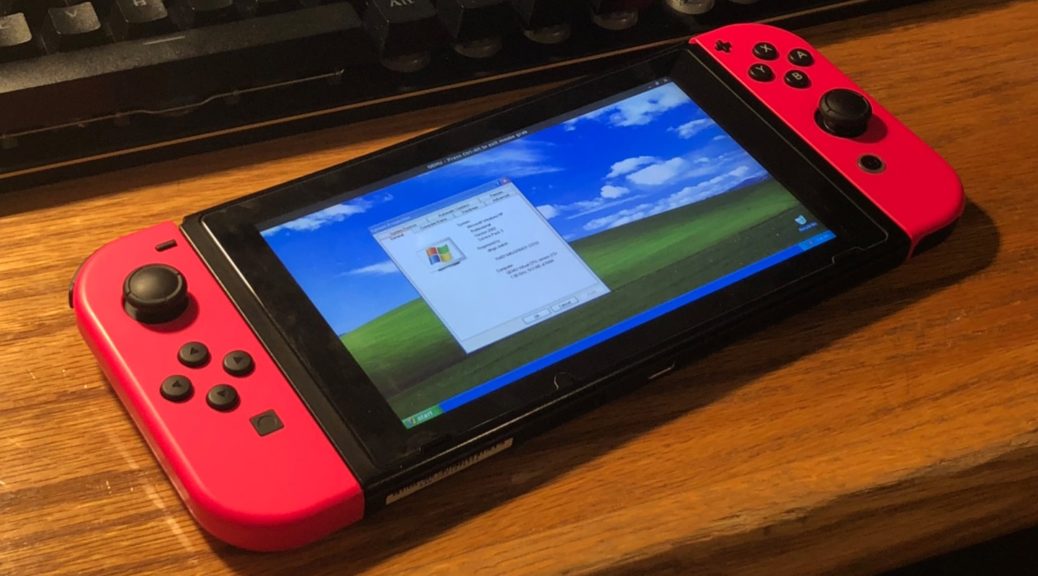 Here it is in its full glory in Handheld Mode: 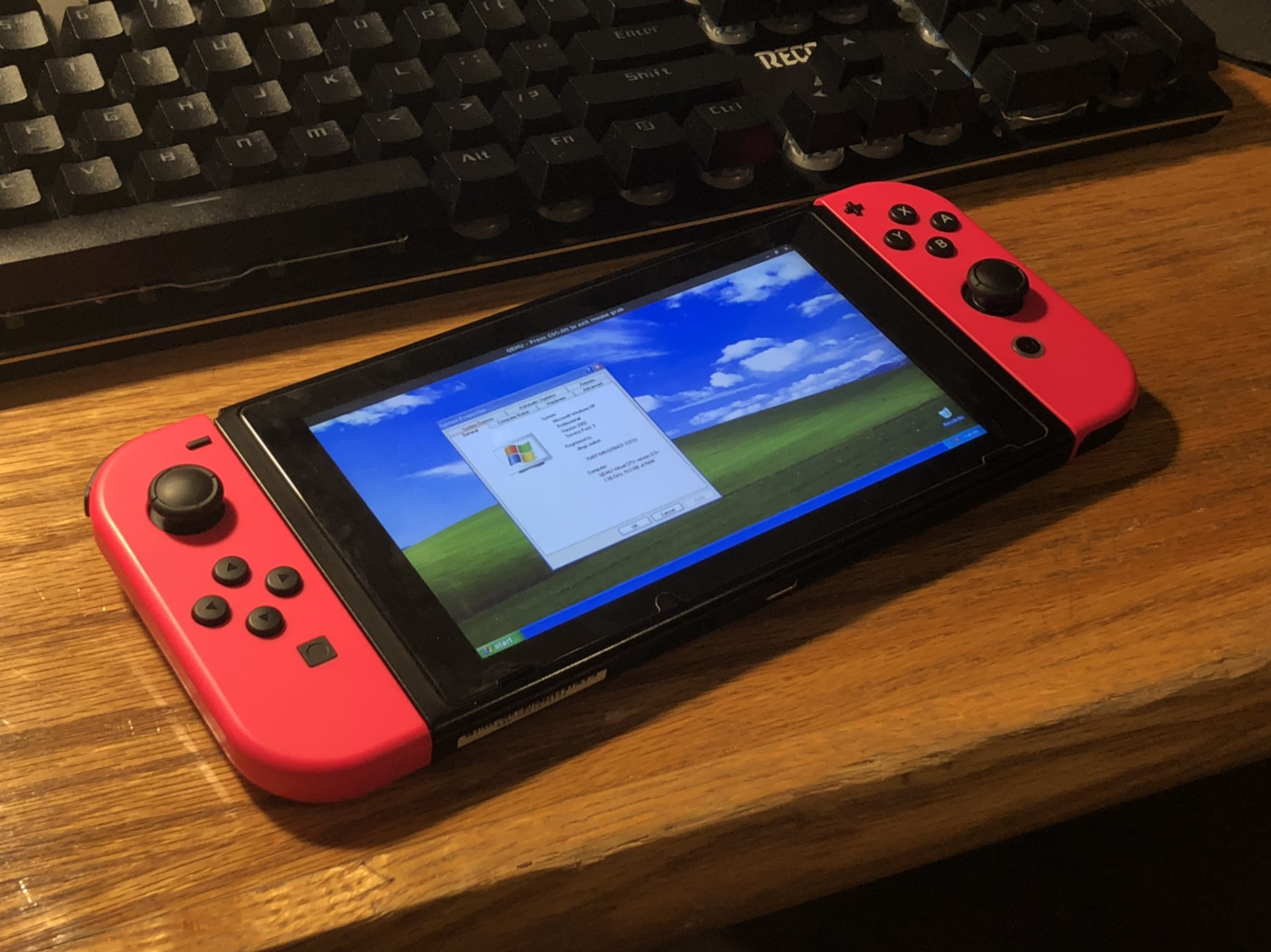 According to Alfonso, it took 6 hours for him to fully install Windows XP and reach the desktop. 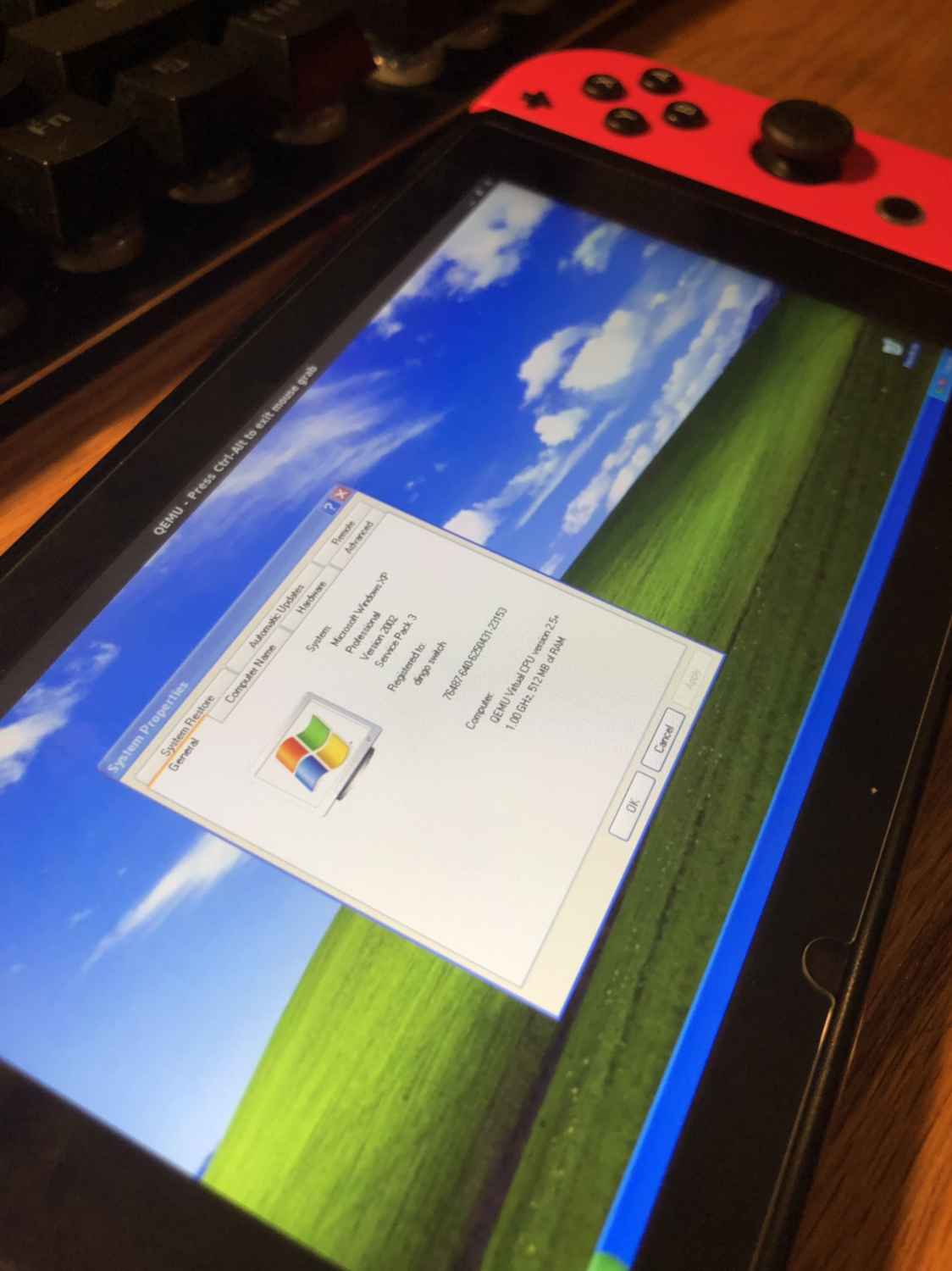 Although the speed isn’t anything great, 3D Pinball for Windows runs “at full speed”. 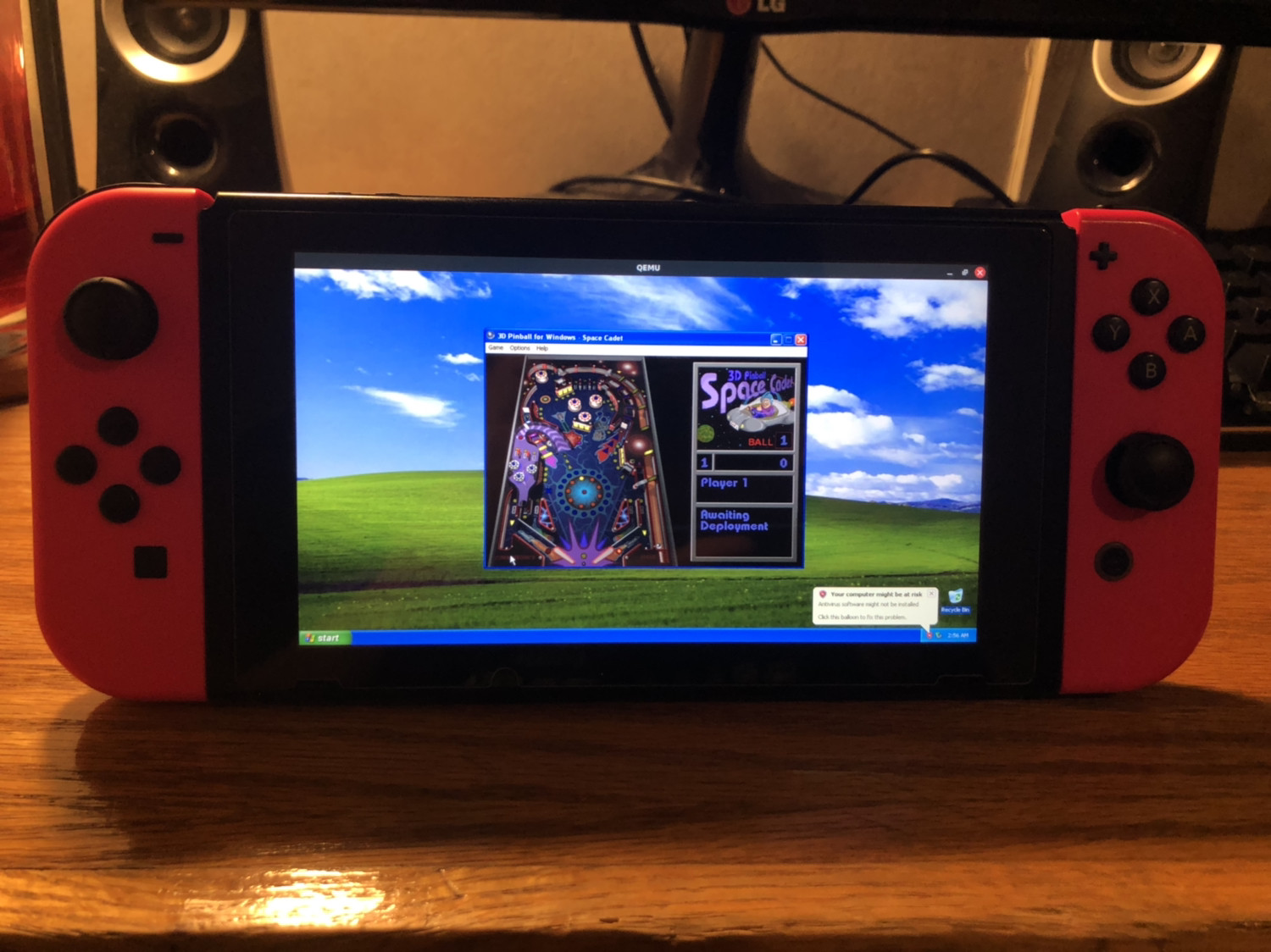 Alfonso has been using the Switch as his personal computer for the last few days for a variety of tasks: 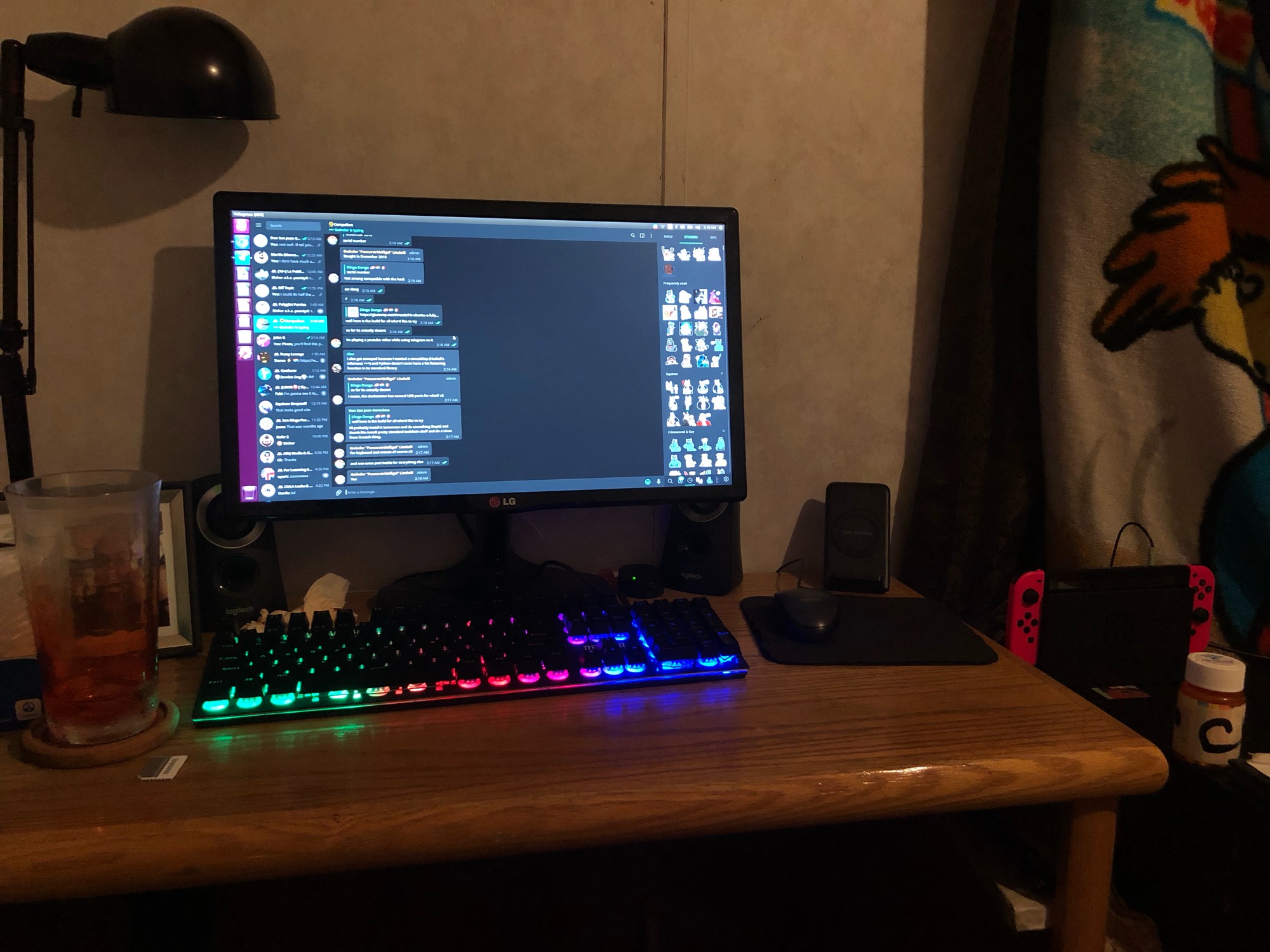