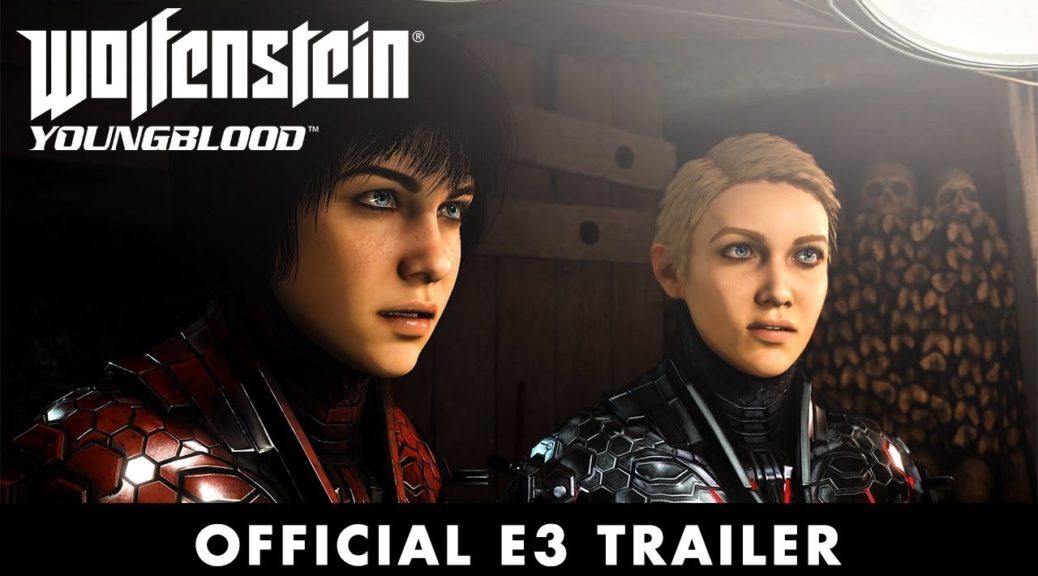 Here’s a new release date and trailer for Youngblood.

Today at E3, Bethesda announced that the co-op Wolfenstein game is headed to all consoles on July 26th. See the newest trailer in the tweet below.

Rise together. Fight together. #Wolfenstein: Youngblood, a 1980s co-op Nazi-killing adventure, comes out July 26, 2019! #BE3 pic.twitter.com/viMnjpLfDT

Pre-order the Deluxe Edition to invite a friend to play the full game for free with the Buddy Pass! The Deluxe Edition includes the Cyborg Skin Pack to customize your power armor and weapons. As a bonus, players who pre-order will also receive the Legacy Pack, iconic skins inspired by BJ’s earlier adventures

The Legacy Pack is a set of outfits and weapons used by BJ Blazkowicz in previous games.

This follows a contreversy from a few months ago where players discovered that the physical copies of the game for the Nintendo Switch version will not include a game cartridge inside but rather a download code.

Are you looking forward to this next Wolfenstein installment? Let us know in the comments.