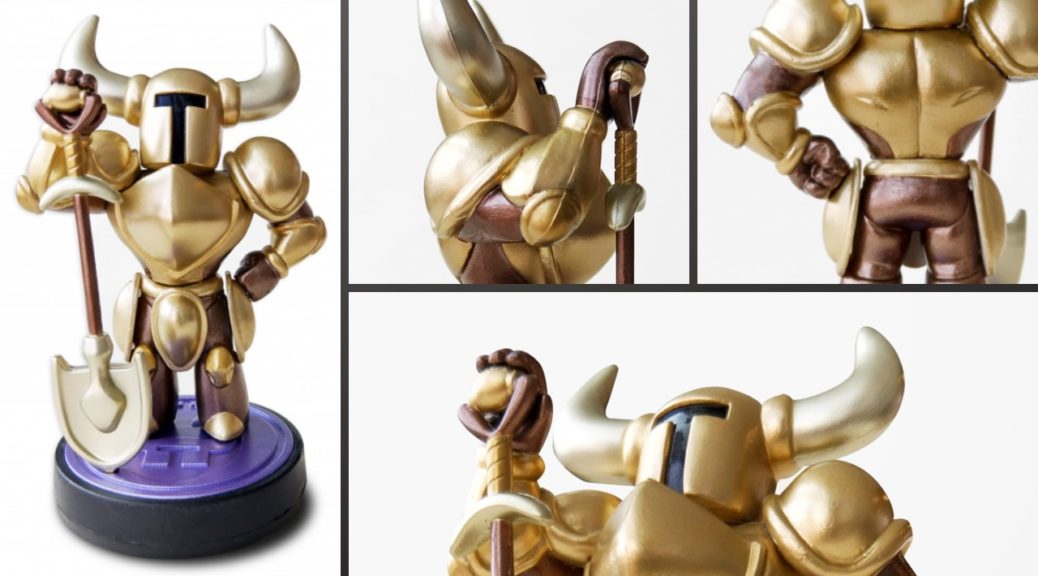 You can check it all out below, direct from the company’s official blog. In particular, we get some beautiful shots of the figurine, as well as new information about what it actually does when tapped in-game. It’s important to note that it does exactly the same thing as the regular Shovel Knight amiibo – except that it has an amazing gold finish instead!

Flashy! Decorative! Useful! You may have heard whispers of such a treasure. A beshoveled knight that shines like gold! Today we’re happy to finally confirm the legends are true! Let’s unveil one more surprise for Shovel Knight amiibo! 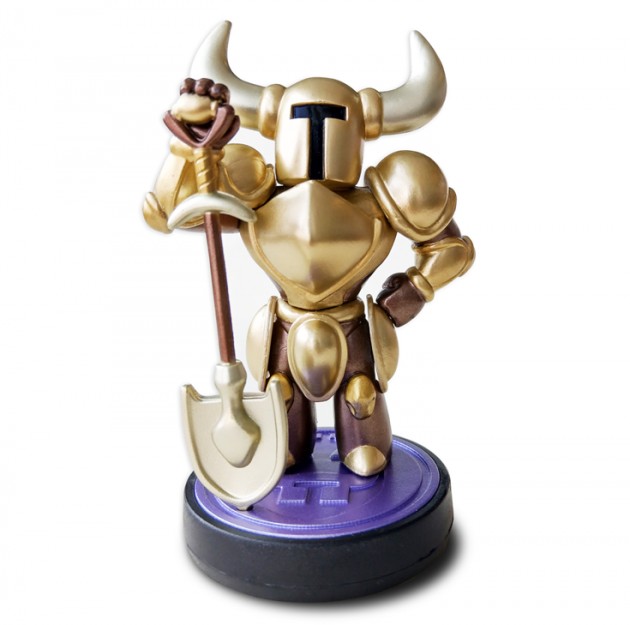 In addition to the original true blue Shovel Knight and the upcoming Plague Knight, Specter Knight, and King Knight — you can now upgrade your collection with a Shovel Knight sporting what is objectively the greatest armor in the game: the Ornate Plate! What a magnificent sight!

This makes it a perfect choice if you always wanted to try out these great additions but were never quite able to track down the original Shovel Knight!

Unlock new abilities on the fly with Custom Knight! The order changes each time, so its a great way to spice up your next run of Shovel of Hope!

Show the full might of Shovelry with Baron Set Shovel Knight in Showdown!

Can I scan the Gold Edition amiibo through the box, like the original Shovel Knight amiibo?
No, due to requirements in packaging it is not possible to scan the amiibo contained within the Shovel Knight Gold Edition without first removing it from its container.

Will the Treasure Trove amiibo work on Switch? 3DS? Wii U?
Support for the Gold amiibo will be added to Wii U, 3DS, and Switch versions of Shovel Knight with the arrival of King of Cards and Showdown in December.

Do I need the amiibo to play co-op in Shovel of Hope?
No, co-op is available from the start on all console and PC versions of the game. No amiibo necessary. We recommend trying out a double Custom Knight co-op run if you ever get the chance!

Will you ever “reprint” the original Shovel Knight amiibo?
Since it has the same in-game features, you can effectively consider this Gold Edition as a kind of reprint of the original!

Is this a limited item?
This is not an intentionally limited item. We hope everyone who is interested can find it!

Is this a US exclusive?
No. We expect it to have similar availability as the original Shovel Knight amiibo. More store listings will come online soon!

Will it be available at an online or retail store near me?
We’d recommend contacting your nearby store to ask them!

Is it really made of gold?!
Much like King Knight’s crown, Shovel Knight Gold Edition amiibo is not made of gold.

Want to grab one for yourself? You can now pre-order it from Best Buy or GameStop, while stocks last!