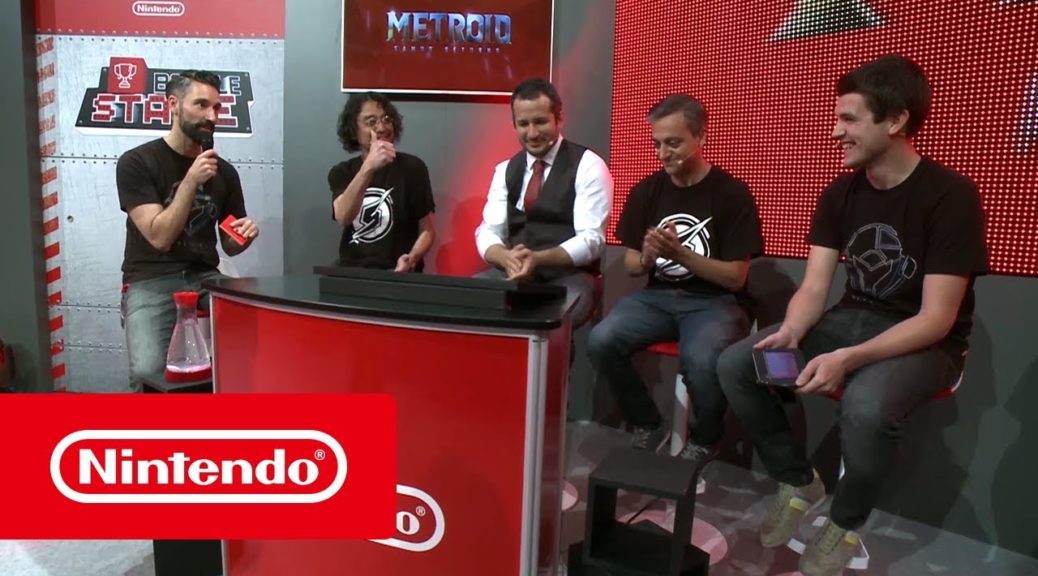 Check it all out in the video below.

As you can see, planet SR388 is a subterraneous labyrinth of hidden paths, full of dangerous lifeforms for Samus to take down. Fortunately, there are many upgrades to find, such as the Morph Ball, Ice Beam and Grapple Beam, to help her on her quest.

Speaking of upgrades, four Aeion abilities have been added to the game, all of which can be incredibly useful. Scan Pulse allows you to scan the environment for hidden paths you may have missed, enabling you to find more upgrades. Lightning Armor generates a protective forcefield around you that nullifies any physical attacks, while Phase Drift slows down time round you. Lastly, Beam Burst enhances your beam’s power and firing rate, useful when you need that extra bit of fire power! These four Aeion abilities share a single Aeion energy pool that depletes, so they must be used with care.

Also new to the game is Melee Counter, which allows you to stun a charging enemy with a melee attack, and 360-aiming, enabling Samus the ability to blast enemies all around her, not just at 45 degree angles.

The map now resides on the lower screen of Nintendo 3DS, allowing for a more comfortable and streamlined experience. You can also place markers on it, perfect for those places you want to return to later. You’ll often find that some areas cannot be accessed without a certain ability. In these cases, pop a marker down and come back once you have what you need.

During the presentation, we saw a new gruesome antagonist who frantically chased Samus: the Diggernaut. Mr Sakamoto explained that this new segment was an idea from MercurySteam, and adds excitement similar to the escape missions found in many other Metroid titles. Samus really must expect the unexpected if she hopes to survive!