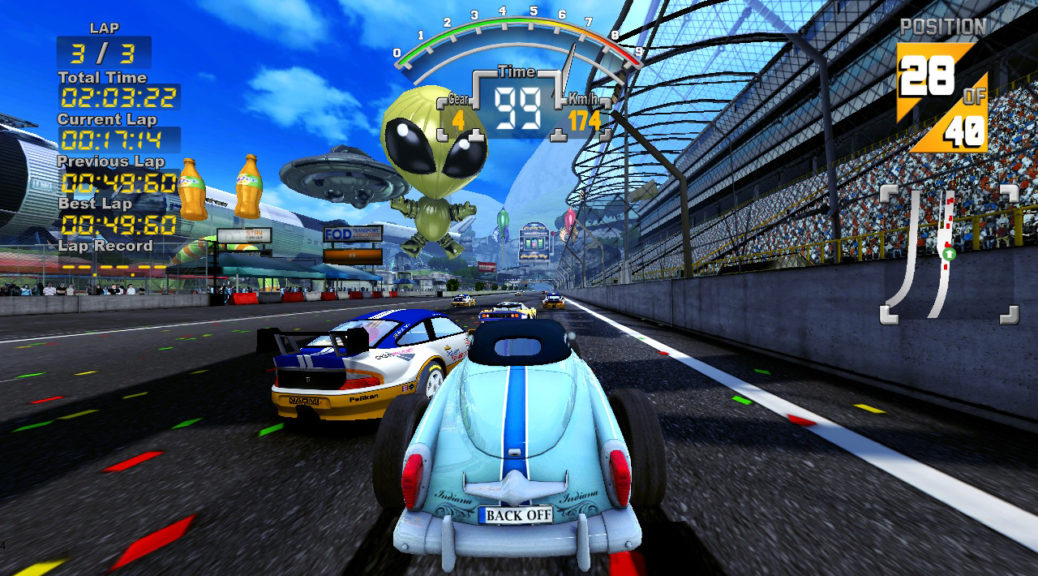 Arcade racing game 90’s Arcade Racer may have been scrapped for Wii U, but it has been reborn as ’90s Super GP on Nintendo Switch.

On Nicalis’ official website, the game has been listed for release on Nintendo Switch, PS4, and PC. No release date has been mentioned yet, though.

Similar to 90’s Arcade Racer, ’90s Super GP will feature “formula racing in the style of the best arcade racers of the 1990s”, in “bright colors” and “crazy track layouts”.

The game will support both local and online multiplayer, but only for up to 2 players.

More details about the game can be found below.