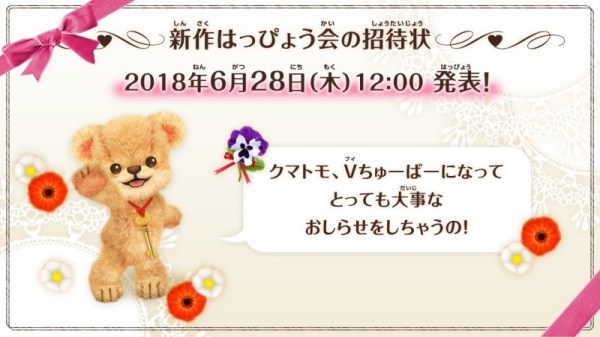 The previous entry of the series was localized by Nintendo of Europe in 2016 for Nintendo 3DS under the name Teddy Together. Famitsu says the game has sold over 350,000 copies worldwide.

You can watch the announcement on Thursday below.