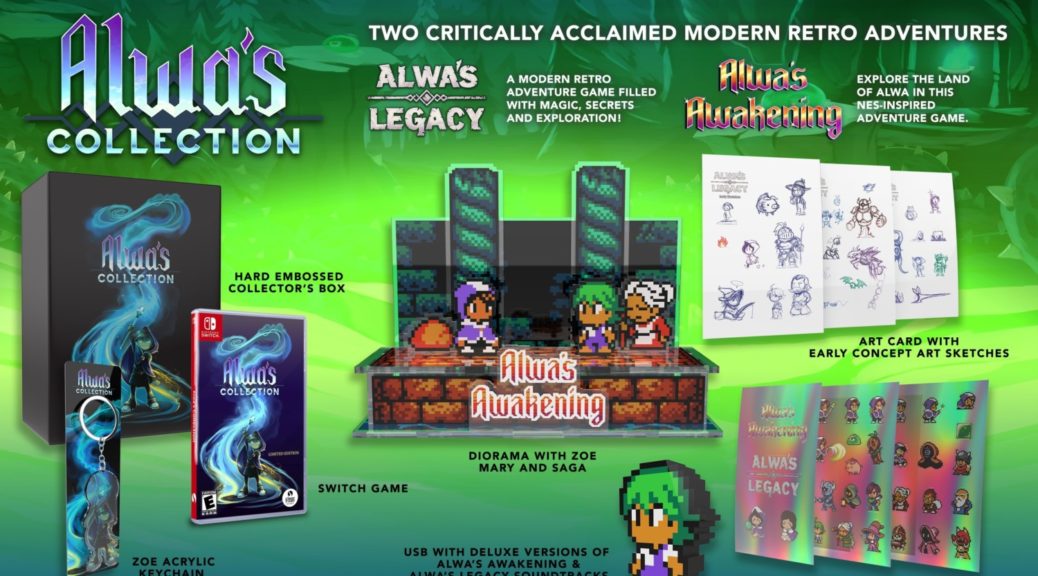 It looks like Metroidvania fans will soon be able to grab a wonderful two-in-one package for their shelves!

Clear River Games and Elden Pixels have officially announced Alwa’s Collection, a physical release that will contain both Alwa’s Awakening and Alwa’s Legacy. A Limited Edition bundle (pictured above) will also be available from Limited Run Games.

Here are more details about the release below:

Karlstad, Sweden – September 14th, 2021 – Clear River Games and developer Elden Pixels have partnered together to bring the acclaimed retro metroidvania platformers Alwa’s Awakening and Alwa’s Legacy to Nintendo Switch and PlayStation 4 in the physical bundle Alwa’s Collection, that will be sold at retail later this year for $29.99 / €29.99 / £25.99. Alwa’s Collection standard edition for Nintendo Switch and PS4 will include three holographic stickers as bonus content.

A special Limited Edition with the deluxe versions of soundtracks on USB, a game scene diorama, art cards with early concept art sketches, and a keychain, delivered in a hard embossed collector’s box that will be sold exclusively through Limited Run Games for $69.99.