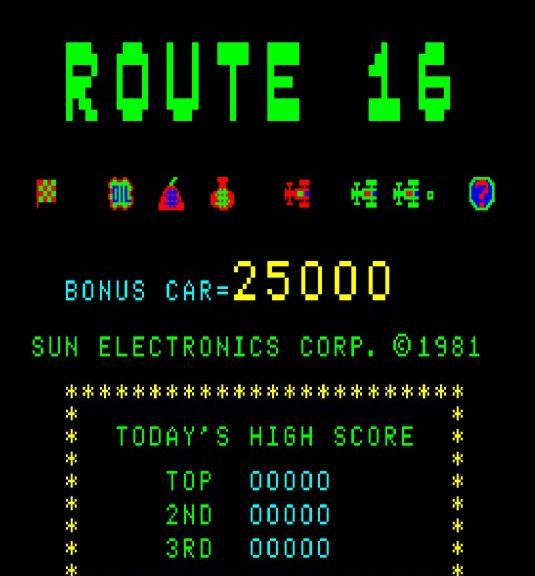 Hamster has announced the release of “Arcade Archives Route 16” for this Thursday November 29th.

“Route 16” first came out in 1981 from Sun Electronics Corp and is an action game following a car racing throughout the city to collect items.

This is the next game in the Arcade Archives series which faithfully reproduces classic arcade games. But not without some upgrades.

The Arcade Archives upgrades let you adjust difficulty settings, compete against friends, and compete on a global leaderboard of high scores.

The game will be available for two players locally and will be selling for $7.99 starting November 29th.