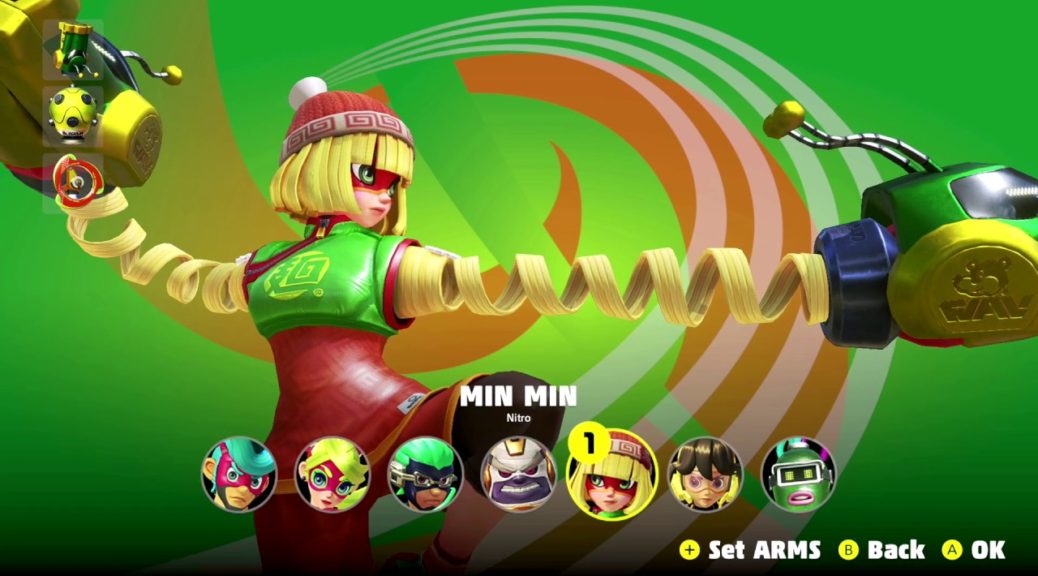 The ARMS test punch is live this weekend and we got to throw a few punches ourselves.

Being a new IP, there was not much of an expectation or any experience going in. The closest game to ARMS I can say is the wrestling game in Wii sports but even that is an inaccurate statement. ARMS feels fresh and entirely deserving to be its own game.

Just like Wii Sports wrestling, motion control is the main form of control in ARMS. Holding the joy-cons in what Nintendo calls “thumbs-up grip”, the motion controls are intuitive and easy to master. However, unlike Wii Sports wrestling, there is much more maneuverability; Punches can curve and characters can jump and dash. But be prepared to feel the strain in your real arms if you’re using motion controls for extended periods of time. Alternatively, you can use the Nintendo Switch pro-controller or the Joy-con grip for a more traditional experience.

Like the rest of the Nintendo family, ARMS is visually vibrant. The characters have that classic Nintendo flair. Running at 1080p and 60 frames-per-second in single-player online mode, every punch, jump, and dash is silky smooth.

The test punch had 4 game modes playable, 1v1 solo battle, 2v2 teamed battle, 3 Player free for all and a volleyball mode. While the 1v1 solo battles may seem easy and straight forward, 2v2 teamed battles can get very messy very quickly. The volleyball playmode is also a good twist the wrestling game, however, it can be challenging to play at first.

With the small character roster and playable modes, there is only this much I can say. At this point, it is unknown if Nintendo will add anymore in the final product or as DLC. However, the test-punch did change my initial mindset of ARMS. What I thought to be a gimmicky motion control game was actually surprisingly fun to play. Although I’m still skeptical about the longevity of the game, we can only tell for sure when the game finally ships.

ARMS releases on June 16 for the Nintendo Switch.