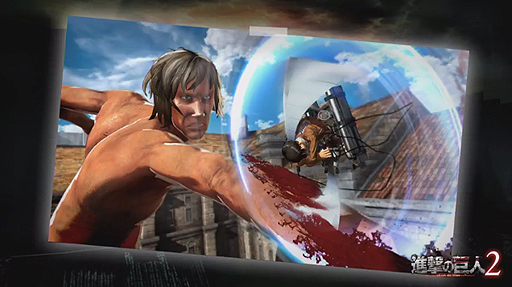 Koei Tecmo America has reconfirmed that Attack on Titan 2 will be heading to Nintendo Switch in the west.

Attack on Titan 2 is scheduled to launch in 2018 in the west, at the same time as Japan.

More details on the game’s release date, new mechanics, and story will be revealed in the coming weeks.

Check out a brief overview of the game below.

Players will be able to try their new moves against these fearsome Titans as they control characters from a Titan-sized roster! Outside of battle they will be able to deepen their relationships with their fellow squad-mates while gaining greater insight into life within the walls thanks to more advanced RPG elements.