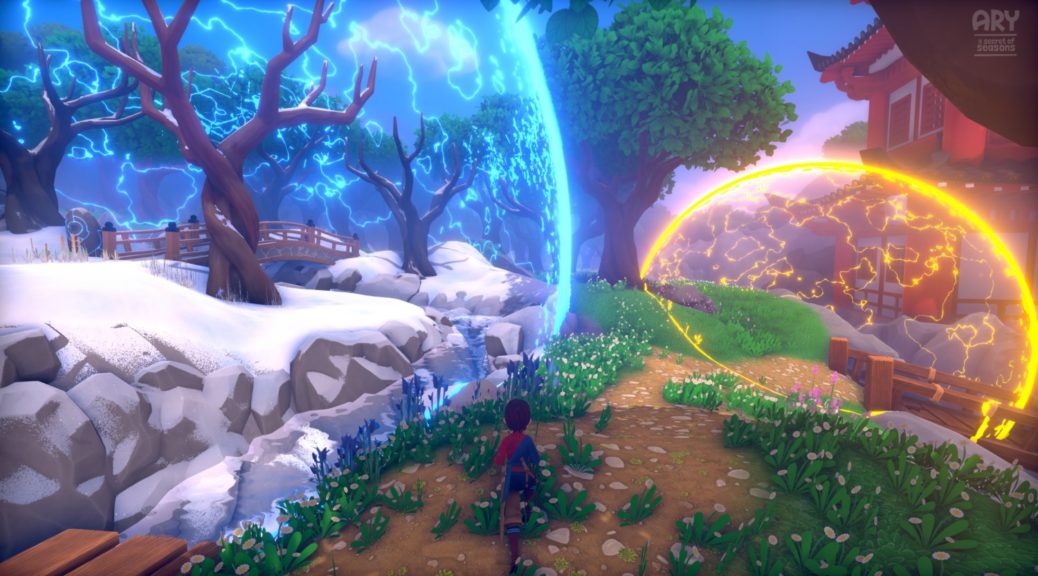 Developers eXiin and Fishing Cactus in partnership with publisher Modus Games will be bringing the vibrant adventure game Ary and the Secret of Seasons on Switch later this year.

This award-winning indie adventure game will have players use the weather to defeat enemies and solve mind-bending puzzles while exploring the lush world of Valdi. Take the role of Aryelle (Ary), a young girl who gains the ability to manipulate the seasons, and engage in fluid combat using Ary’s skills.

Check out the trailer, latest clips, and details below:

Ary and the Secret of Seasons follows the journey of a young girl named Ary across the magnificent world of Valdi. To the surprise of many, Ary has joined the Guardians of Seasons, an old organization traditionally ruled by men. Her task: successfully restore the seasons of Valdi! With strength, determination, and self-control as her pillars, Ary will set out to accomplish a feat no other guardian has ever managed.

Ary can summon small spheres that act as tiny ecosystems for each season, changing the environment within completely. The spheres can be opened up three at a time; thus, Ary can jump from winter to summer to autumn in a single leap. This allows for an incredible range of possibility for amazing environmental puzzles and innovative gameplay.

Journey across the magnificent world of Valdi!
Ary and the Secret of Seasons is an award-winning adventure game following a young girl named Aryelle, or Ary, as she journeys across the great world of Valdi. By becoming the Guardian of Winter, Ary gains the ability to manipulate the seasons around her. Ary will learn to control the seasons and use them to defeat enemies, overcome obstacles, and solve complex puzzles on her adventure across Valdi.

Long ago, the world of Valdi was threatened by an evil mage. After a great struggle, he was defeated by the Legendary Warrior and sealed inside the Vault, imprisoned for all eternity. To ensure the mage’s imprisonment, four great sages swore to keep watch and protect the Vault. They formed the original Guardians of Seasons, a secretive organization now steeped in history and legend.

After a mysterious force throws the seasons of Valdi into disarray, Ary decides to assist the Guardians of Seasons and sets out to find the source of the mayhem. Using her wits and courage, Ary will have to overcome monstrous enemies, secret plots, and stuffy traditions to save Valdi and bring balance to the world once more.

#screenshotsaturday: Ary uses her magical powers to unlock passageways that lead her into the unknown.