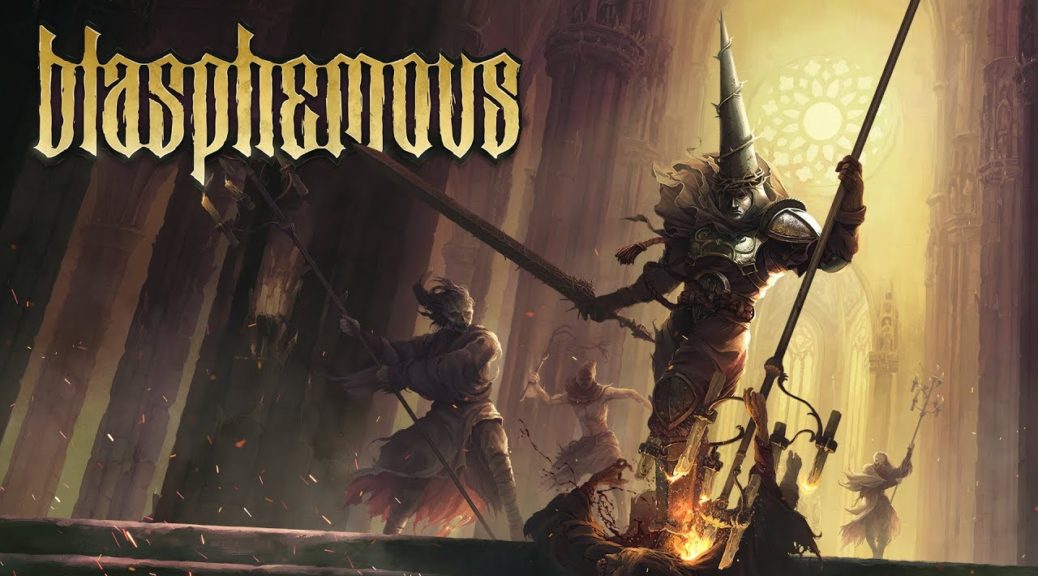 The time to repent has come.

You can now purchase The Game Kitchen’s dark, brutal action RPG Blasphemous on the Nintendo eshop. To celebrate the occasion, publisher Team17 has also shared a new launch trailer for the game. Check it out below, along with some additional press details:

The brutal action-adventure, Blasphemous, has launched on Nintendo Switch™, PlayStation 4, Xbox One, and PC today, Team17 has announced. Developed by Seville-based studio, The Game Kitchen, Blasphemous features pixel-perfect, hack ‘n’ slash action married to a deep narrative, historical references and Metroidvania gameplay, which takes players on a punishing journey through the cursed world of Cvstodia.

Blighted by a foul curse known as ‘The Miracle’ and inhabited by twisted monsters and unforgiving bosses, Cvstodia’s only hope for redemption rests with ‘The Penitent One’, the sole survivor of the ‘Silent Sorrow’ massacre. As ‘The Penitent One’ players will enter a nightmarish cycle of death and rebirth where suffering and failure are only temporary obstacles. ‘The Penitent One’s sword, the Mea Culpa, will become a true force to be reckoned with; cutting its way through a seemingly never-ending horde of enemies and increasingly tougher bosses with brutal force.

“Today’s launch of Blasphemous is a real milestone for The Game Kitchen, it’s a game that has been a labour of love for everybody involved in its development. The journey of ‘The Penitent One’ through Cvstodia is a hardcore, unforgiving experience, and we hope that players will really immerse themselves in the game’s twisted and nightmarish world. We believe Blasphemous delivers a new and exciting experience for fans of the Metroidvania genre. We’re excited to bring the history and folklore of southern Spain to players and we can’t wait to see how the community reacts to the dark, gothic world the studio has created out of that inspiration.”
Throughout the adventure, players will interact with tortured souls looking for an end to their torment, uncover their stories, gain rewards, and unlock buffs, special attacks, and other customisation to help steady the unrelenting resolve of ‘The Penitent One’.

What do you think? Let us know in the comments.
Source: