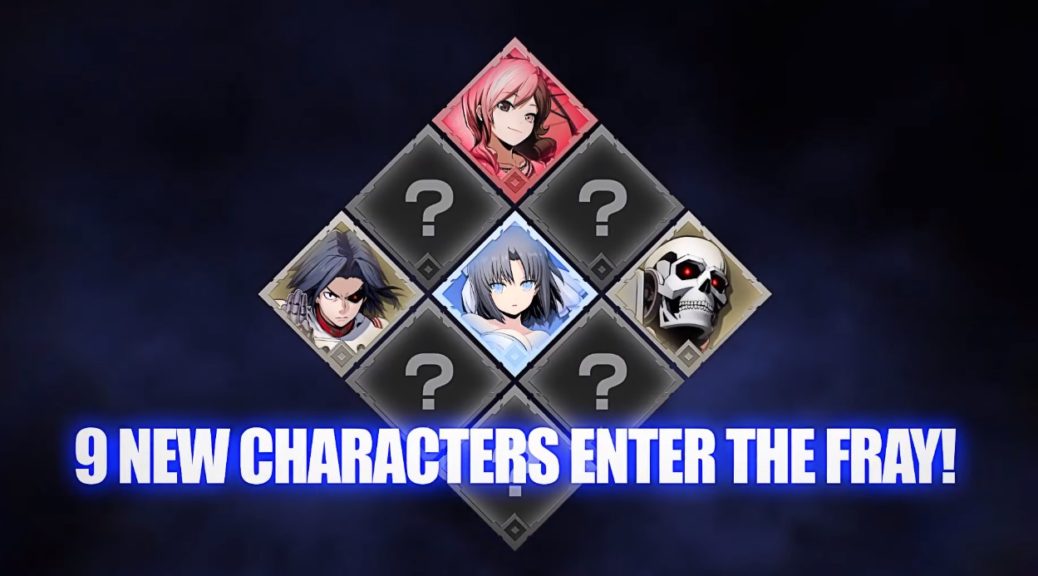 It seems that a few hours before its official reveal at EVO, the version 2.0 announcement trailer for BlazBlue Cross Tag Battle has leaked revealing some new upcoming characters.

This version 2.0 update will be releasing on November 21st and will include: Yumi from Senran Kagura Estival Versus, Blitzkampf & Akatsuki from Akatsu Blitzkampf and Neo Politan from RWBY.