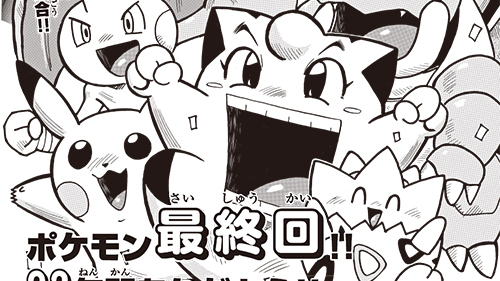 In the latest issue of Japanese magazine Corocoro, it was announced that their long-running Pokemon manga series will be coming to an end.

Created by Kosaku Anakubo, Corocoro’s Pokemon manga was one of the first manga produced based on the Pokemon franchise, starting in 1996 and running for almost 23 years. The gag-manga series starred Pokemon Trainer Red, his Pikachu and a very rude Clefairy as they journeyed through the various regions of the Pokemon world. Note that this series is not to be confused with Pokemon Adventures, which is still ongoing.

According to sources, Anakubo’s series will be replaced by a new Pokemon manga penned by Machito Gomi, who wrote the manga for Mewtwo Strikes Back Evolution. This series is simply titled “Pocket Monsters” and will run in Bessatsu CoroCoro Comics (bi-monthly magazine) and CoroCoro Aniki (quarterly magazine). Judging from the title, it will presumably be based on the new anime series.

What do you think? Do you remember reading Corocoro’s Pokemon manga? Let us know in the comments.