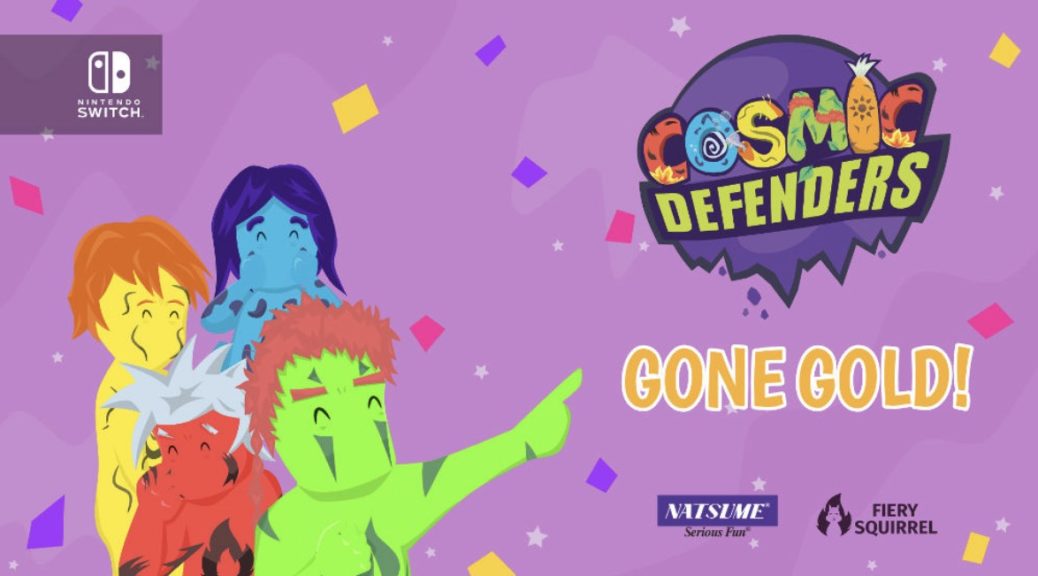 Natsume and Fiery Squirrel has announced Cosmic Defenders, the first title under the Natsume Indie Program, will launch on April 28, 2020 for Nintendo Switch.

Cosmic Defenders is a 2D fast-paced revolving shooter with over 96 levels and three game modes.

Natsume Inc., a worldwide developer and publisher of family-oriented video games, today announced that Cosmic Defenders will be launching on Nintendo Switch in North America, Europe, and Japan on April 28th. This is Natsume’s first title under the Natsume Indie Program, which partners the company with independent developers around the world to introduce creative, innovative games to a wider audience.

Natsume has partnered with Fiery Squirrel, a one-man team from Tokyo, Japan that is crafting simple, yet innovative games that deliver enjoyable experiences for all players. The creator behind Fiery Squirrel is Henry Fernández, a Venezuelan developer that loves using old-school elements in a modern way to create meaningful games that are easy to understand and full of life. Fernández wanted to show the universal importance of working together in his second title, Cosmic Defenders.

“Working with Fiery Squirrel to develop and publish this creative and thoughtful indie game has been an honor,” shared Hiro Maekawa, President & CEO of Natsume. “Through the Natsume Indie Program, we were able to provide feedback during development and help with QA and testing. Now, we are pleased to release Cosmic Defenders to not only North America, but also Europe and Japan, so that a worldwide audience can enjoy it.”

Cosmic Defenders is a 2D fast-paced revolving shooter about a group of unconventional heroes using the power of nature to stop chaotic aliens from taking over the universe. Cooperate with other guardians, protect the galaxy from the wicked, and restore peace in three game modes: story mode, survival mode, and versus mode.

“The Natsume Indie Program has been a huge help throughout the development of Cosmic Defenders,” said Henry Fernández, creator of Fiery Squirrel. “Working together, we were able to make sure that the game would be the best it can be. They shared their over 20 years expertise while also giving me creative freedom. I am eagerly looking forward to launch day and seeing how the game is received!”