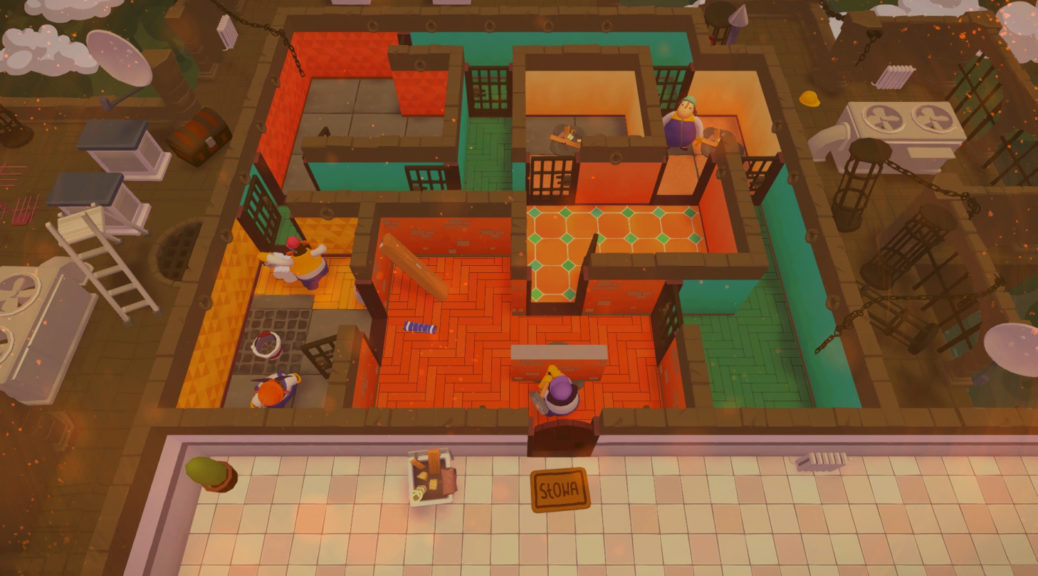 All In! and The Knights of Unity have revealed that their upcoming couch co-op game is set to launch in time for the holidays!

Tools Up!, a top-down couch co-op game about renovating apartments, will be releasing on December 2019.

Check out the previously released trailer and details below:

The Knights of Unity and All in! Games are teaming up to move into your living room with the couch co-op game Tools Up! coming to Nintendo Switch, PS4, Windows, and Xbox One just in time for your upcoming family gathering(s) in December.

Assemble up to four friends and race against the clock to move and renovate an apartment. Will they still be your friends afterward? Who’s to say. But hey, at least you all spent some quality time together as you tear down walls, lay tiles, and throw tools to each other, hoping to not make it messier than it was before.

Tools Up! is launching in December 2019 for Nintendo Switch.