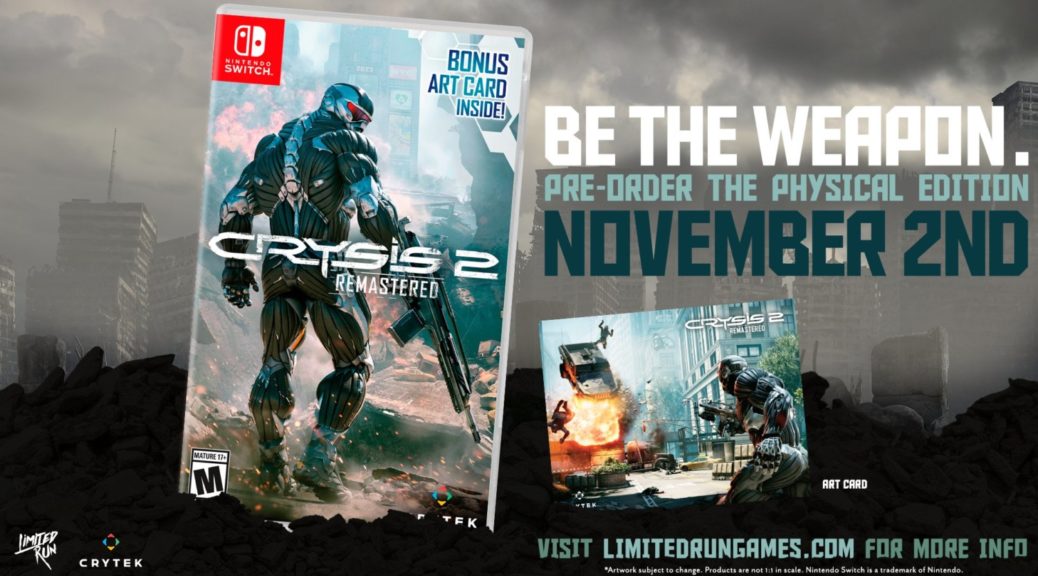 Switch owners will soon be able to reserve their physical copy of Crysis 2 Remastered!

Limited Run Games has revealed that it will be distributing a Nintendo Switch physical release of the first-person shooter. Standard Edition copies (with a bonus art card) will be up for pre-order on the publisher’s website starting from 2 November 2021 (12pm ET).

In addition to this, the publisher will also be offering a Collector’s Edition bundle for the game – which will include extras like the official soundtrack, a steelbook, double-sided poster, and more. Here’s a preliminary look below: 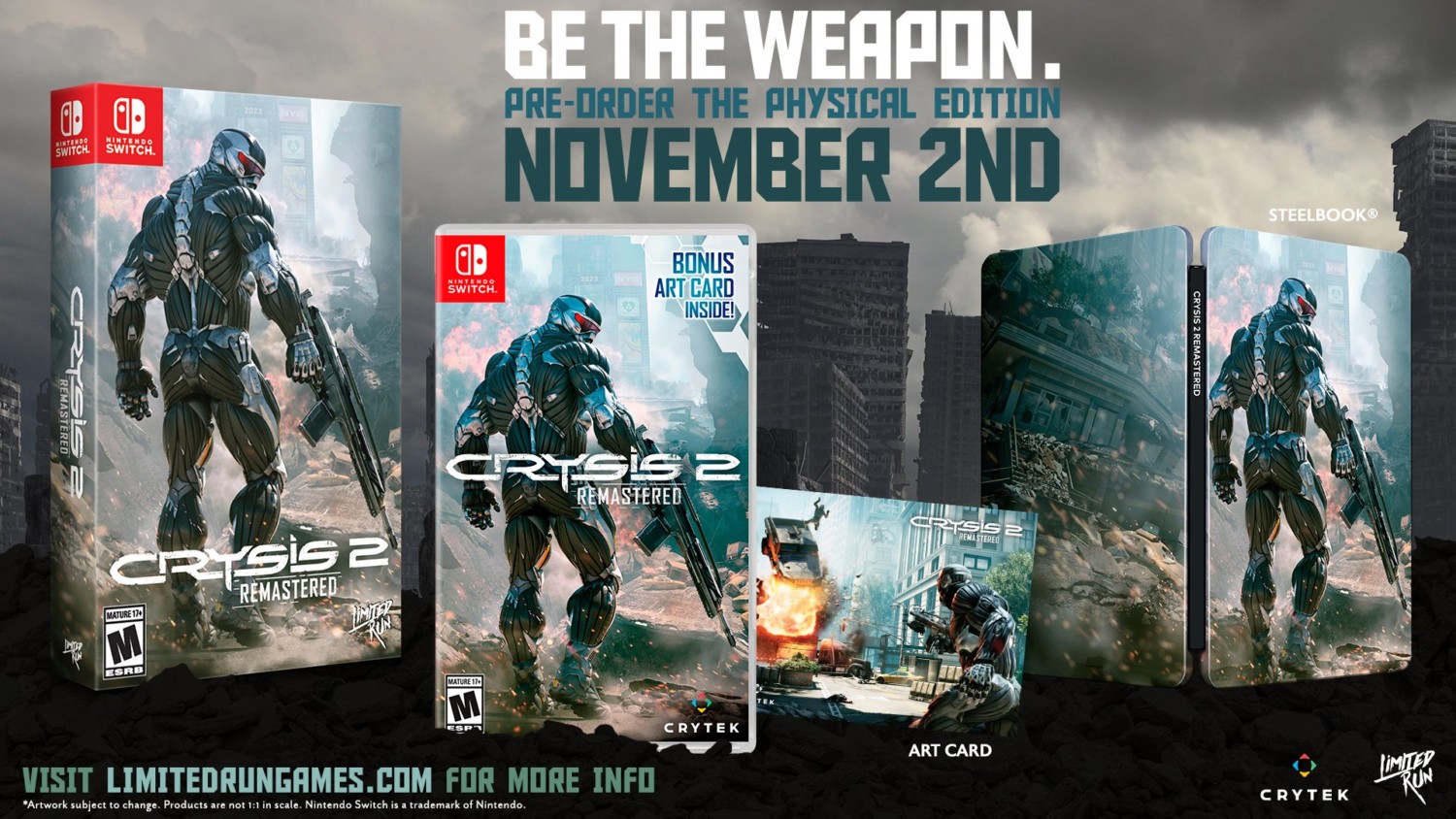