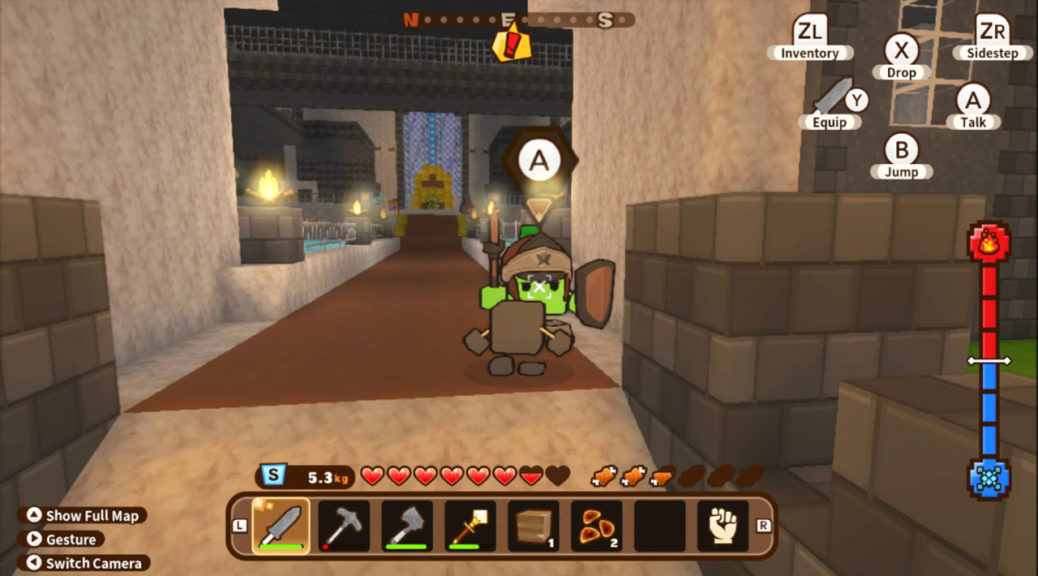 Publisher and developer Big John Games has announced that Cube Creator X will launch for the Nintendo Switch this week!

The action-adventure title is set to go live on 14 November 2019 via the Switch eShop for USD 19.99. Cube Creator X will feature four modes namely the Creative, Adventure, Stages, and Multiplayer Modes. The game supports cooperative and competitive play for up to four players. It will take up 910MB of free space.

Big John Games, in a partnership with Arc Systems Works, brings the latest adaptation of the Cube Creator series to the Nintendo Switch with Cube Creator X. The Nintendo Switch allows Cube Creator X to stretch its legs and accommodate much larger worlds which feel vast and alive (more than three times the total cubes in Cube Creator DX). Arc Systems’ incredible history of brilliant art direction is evident in a massive cosmetic upgrade in character and level design. Multiplayer is supported for Competitive and Cooperative styles of play up to four players.

In Cube Creator X, players can choose Creative Mode to create their masterpiece worlds. Robust editing tools can be utilized to help unleash player’s creativity more efficiently. In Adventure Mode, players will embark on various quests and fight epic battles. Players create shelters, and even fortresses and cities. Many new items have been added, including weapons, architecture, and agriculture cubes. Half-cubes have also been added, along with the ability for the main character to experience hot & cold, as well as the ability to grow in size after consuming food items.

The Stages Mode allows players to create stage levels with a jumping-off point and a goal to be accomplished. Players can add movement blocks, monsters, treasure chests, along with many more new, unique cubes. The players’ stages can be uploaded to the Cube Creator X community (the Plaza) to be shared with anyone looking for their next challenging stage to conquer.