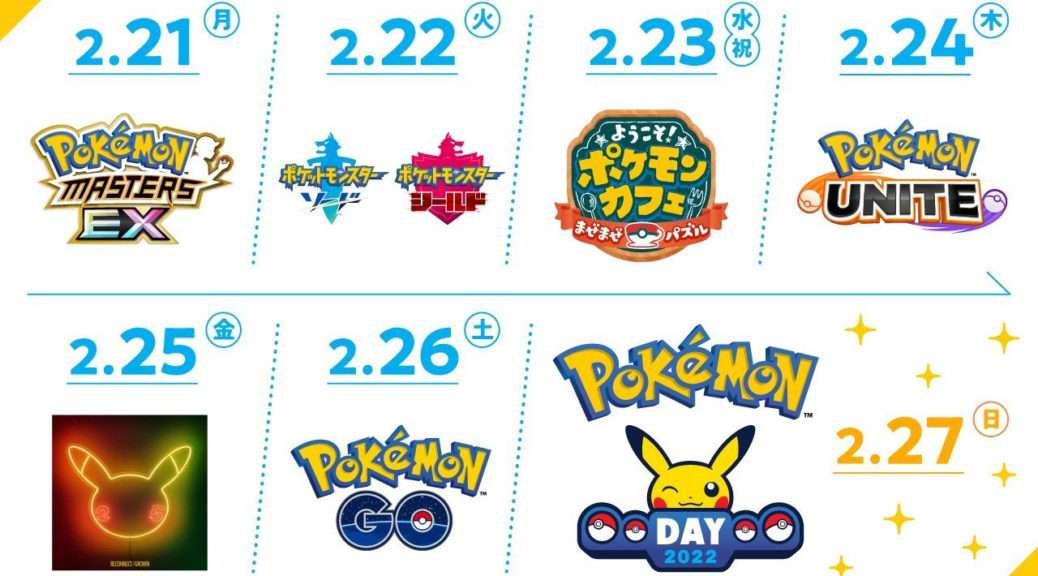 The Pokemon Company has announced a special news campaign for the lead up to Pokemon Day this year.

Starting today, The Pokemon Company will be posting a daily announcement for one of its games or projects, building up to 2022’s Pokemon Day on 27th February. The order of the announcements is planned as follows:

According to the official Pokemon Twitter account, it seems there will also be a “special project” to commemorate Pokemon Day itself, although the specific details have yet to be shared. An official site for the anniversary has also been opened, which you can find here.