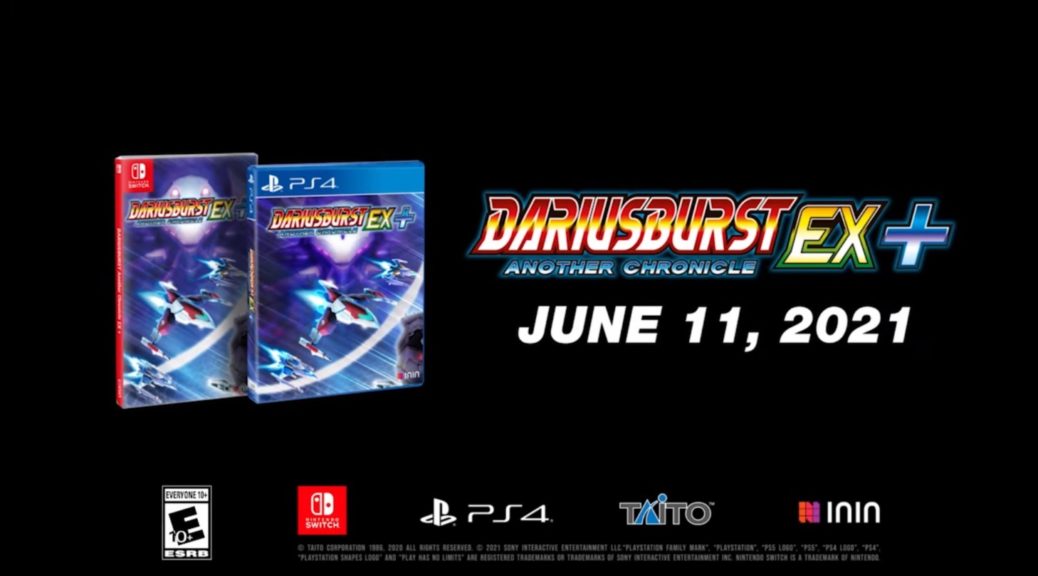 Last year, Taito revealed Darius Cozmic Revelation – which will contain two retro shooters in a single bundle. Diehard fans of the series, however, will also be able to grab one half of this package as a separate release!

ININ Games has confirmed that it will be releasing a standalone version of Dariusburst: Another Chronicle EX+ for Switch on 11 June 2021. Both a physical and digital release are planned in the west at $39.99 USD.