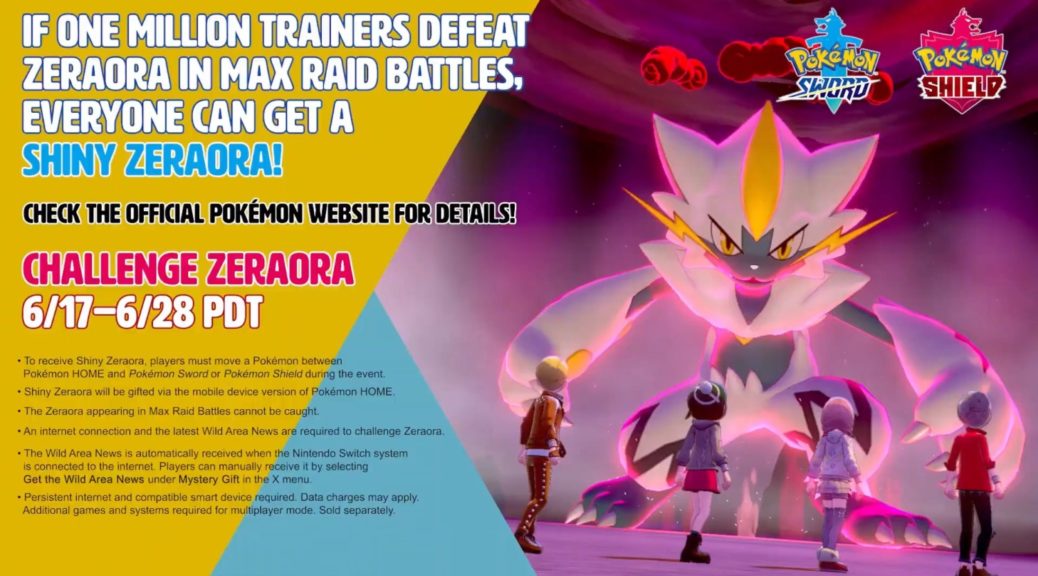 Pokemon has announced that the mythical Pokemon Zeraora will be in raid battles for the next two days. And a shiny will be available for everyone if certain requirements are met.

In today’s Pokemon Presents, the Pokemon company announced that Zeraora will be coming to raids in Pokemon Sword and Shield. If one million players defeat it, you’ll be able to get a shiny version of the Pokemon.

There’s energy pouring out from the den!

Get ready to take on Zeraora in Max Raid Battles from June 17 through June 28! Are you up for the challenge? https://t.co/bwckZ1yod2 pic.twitter.com/PTKNAvGBLN

How to claim your Shiny Zeraora and Armorite Ore

The Shiny Zeraora and Armorite Ore will be available to claim via the Mystery Gifts menu in the mobile device version of Pokémon HOME from Monday, June 29, at 5:00 p.m. PDT until Monday, July 6, at 4:59 p.m. PDT.

In order to claim these gifts, the following condition must be met: