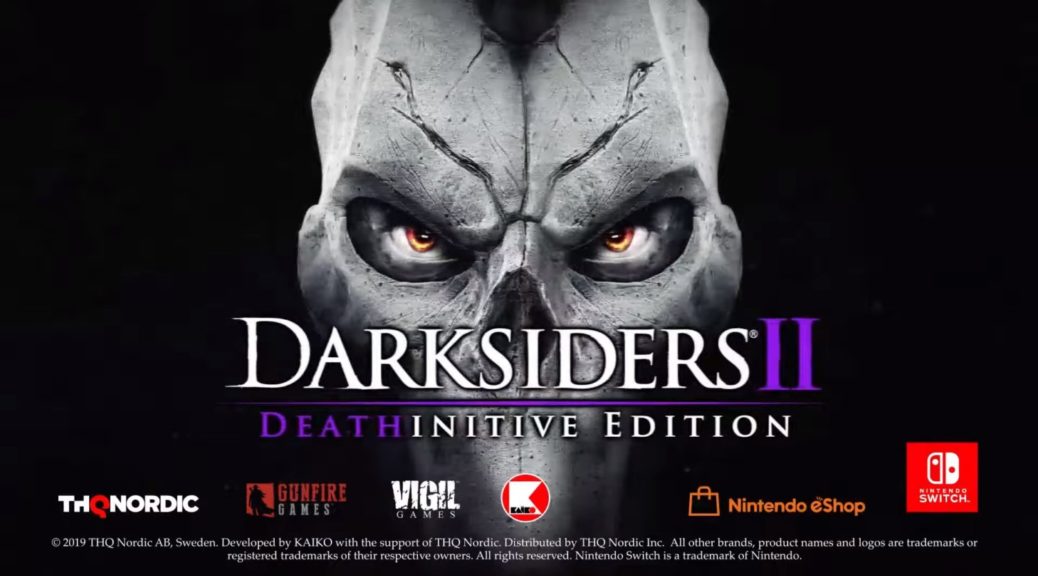 Originally released in 2015 for the PS4 and Xbox One, Darksiders II: Deathinitive Edition is the complete version of Darksiders II, including all of its DLC along with some additional gameplay tweaks. The Switch version is set to launch later this year on September 26.

Check out the announcement trailer below, along with some additional details courtesy of Gematsu:

The war between Heaven and Hell is already menacing Earth. Awakened by the End of Days, Death, the second Horseman of the Apocalypse, is embarking on a quest to save the Earth and to redeem his brother’s name. Experience the story of the Horseman in the Mask.