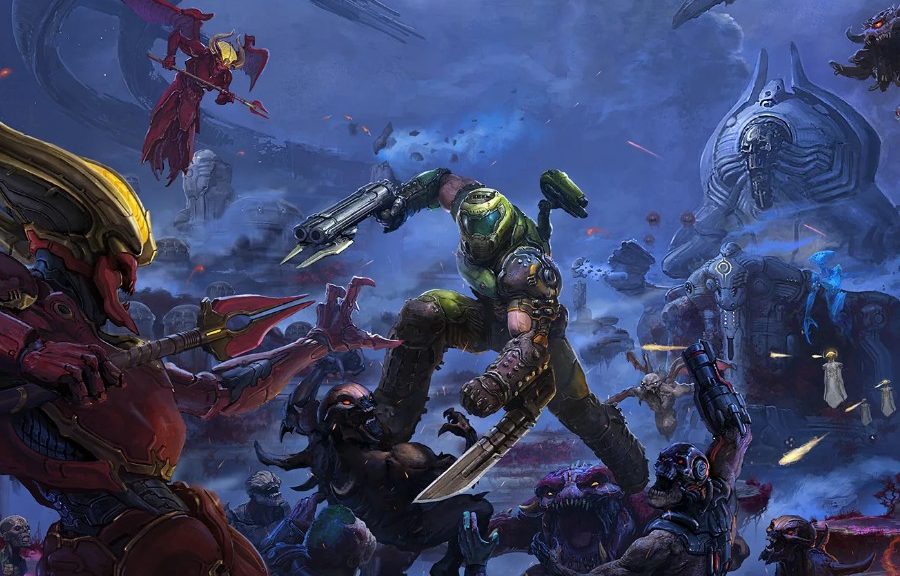 Gamescom has revealed that DOOM Eternal will be receiving an expansion campaign this fall.

Your victory over the hordes of Hell spared Earth from a perilous, demon-infested fate, but saving humanity has upset the delicate balance of power in the heavens. Become the DOOM Slayer once again and set things right in DOOM Eternal’s first single-player expansion, The Ancient Gods, Part One.

Your war is not over… DOOM Eternal's first campaign expansion, The Ancient Gods: Part One – available October 20, 2020. pic.twitter.com/IjtM8RORGk

Travel to previously uncharted realms of the DOOM universe and confront a new challenge head-on when The Ancient Gods, Part One releases for DOOM Eternal later this year.

This DLC expansion is part of the Year One Pass, included in the DOOM Eternal Deluxe Edition and available for purchase digitally. We have more to share soon on this exciting new chapter, so keep it locked to the Slayers Club for the latest on The Ancient Gods and all things DOOM!

This is set to release on October 20th though we still don’t know when the base game will release on Switch.

What do you think about this expansion? Let us know below.