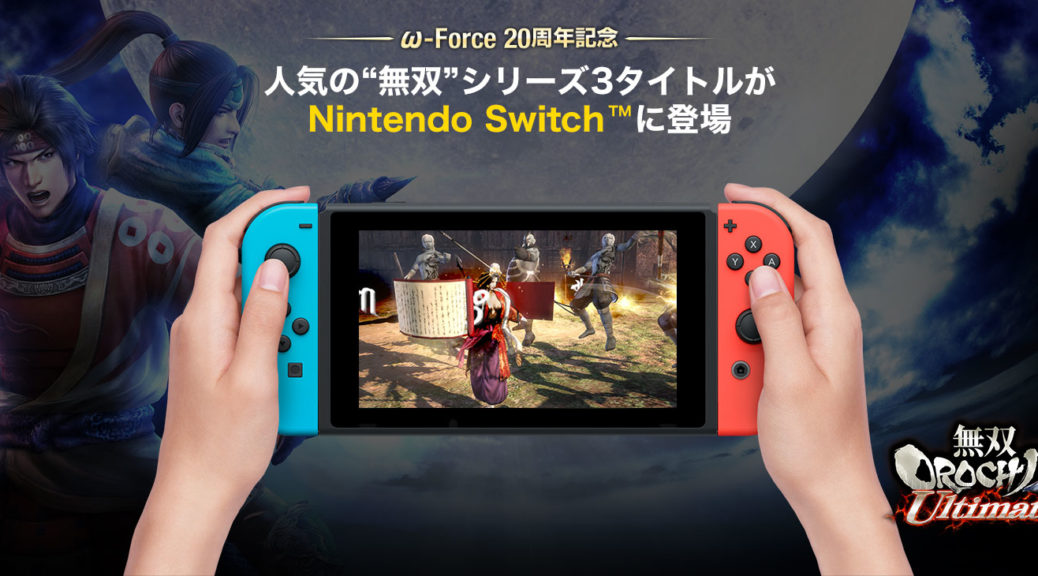 Koei Tecmo has just announced a whole slew of Warriors news for the Nintendo Switch. As part of ω-Force’s 20th Anniversary, Dynasty Warriors 7: Empires, Samurai Warriors: Spirit of Sanada and Warriors Orochi 2 Ultimate will be coming to the Nintendo Switch on 9 November 2017. Each of the games will include their respective DLCs. Only the Japanese version is announced at the moment.

While it is good to see more support for the Nintendo Switch, all of the above-mentioned games are only ports of their respective games, which were all released on a variety of other platforms such as the PSVita and PS4. For more information, you can visit their official site here.