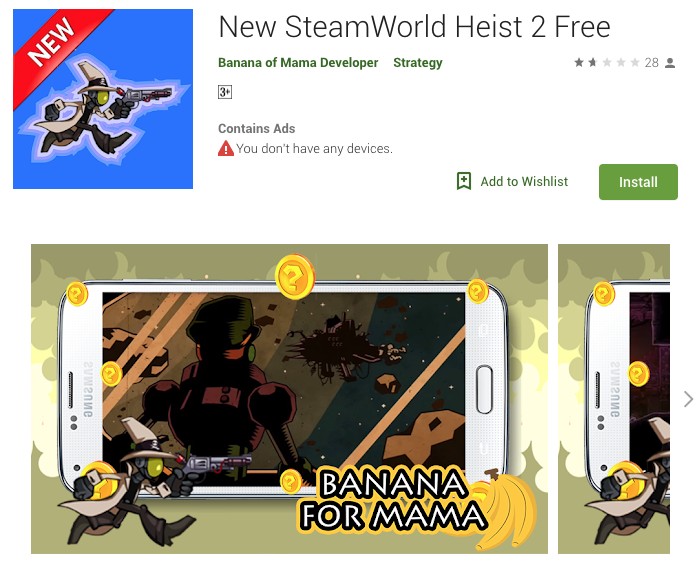 The developer, called “Banana of Mama”, had stolen artwork and images created by Image & Form to promote his fake game. The fake game has been downloaded at least 100 times and was last updated in January 2018.

Image & Form is now looking into what they can do. Hopefully, they’ll be able to file an IP complain to take down the app.

Perhaps this is also a sign that everyone simply wants the company to make a sequel to SteamWorld Heist.