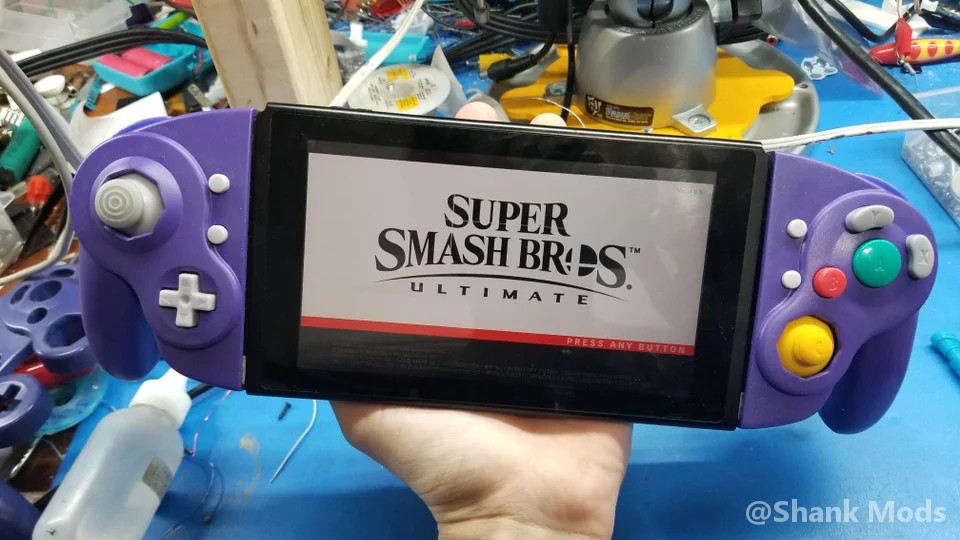 For many fans, the GameCube controller remains a timeless classic to this day – and is most notable for its continued use in Super Smash Bros. tournaments around the world. Today, even Switch owners are still hungry for a controller as good as the GameCube’s – with one company even releasing GameCube-style Joy-Cons to cash-in. Well, one Switch fan has decided to take the GameCube dream to a whole different level!

Recently, YouTuber Shank Mods revealed their latest creation: a functioning set of Joy-Cons that are literally adapted from two halves of a GameCube Wavebird controller! The two halves do indeed snap in like regular Joy-Cons, have wireless functionality, and even have a bridge piece to combine back into a regular controller!

The whole project was a monumental task, however. You can take a look at how Shank Mods pulled it off below:

These JoyCons are real, but they are not for sale. They were a pain to make, and I will not be making another set.”

Sadly, you’ll have to roll up your sleeves and make your own GameCube Joy-Cons if you want a pair for yourself. Still, this is some of the most ingenuous tinkering we’ve witnessed for the Switch to date!