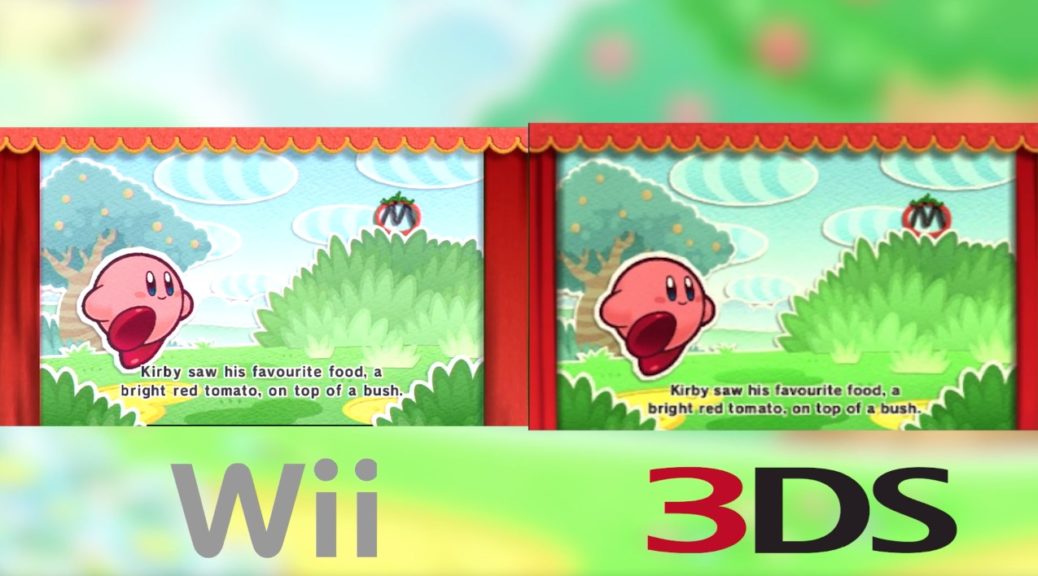 GameXplain has put out a graphics comparison video showing the differences between Kirby’s Extra Epic Yarn on 3DS and Kirby’s Epic Yarn on Wii.

While the artwork and content are virtually the same, there are some differences between the 3DS and Wii versions. For instance, the 3DS version looks blurrier and darker because of its low-res 240p screen, whereas the Wii version looks brighter and clearer.

Check out the video below: