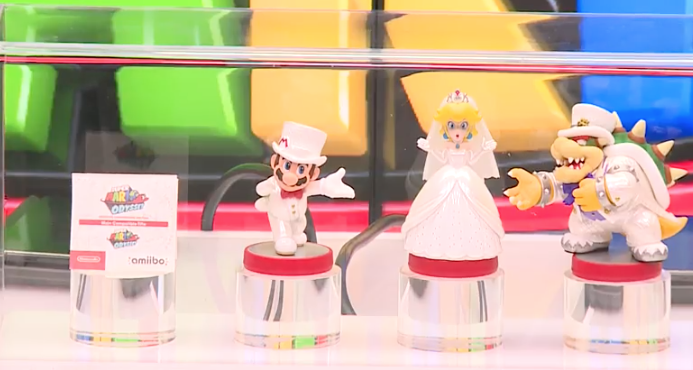 Three new figures featuring Mario, Peach, and Bowser in wedding attire will be released alongside Super Mario Odyssey on October 27, 2017.

Other Super Mario amiibo will be compatible with Super Mario Odyssey too. More details on their functionality will be announced in the future.

Three new #amiibo figures—Mario, Princess Peach and Bowser in their wedding outfits—will be released at the launch of #SuperMarioOdyssey. pic.twitter.com/0XwVicwVf5