Called Pokemon FESTA, The Pokemon Company promises that the “largest Pikachu ever” will make an appearance at the event in South Korea. Pokemon FESTA will take place from November 4 to November 12, 2017 at the Lotte World Tower in Seoul.

More details will be announced in the near future. 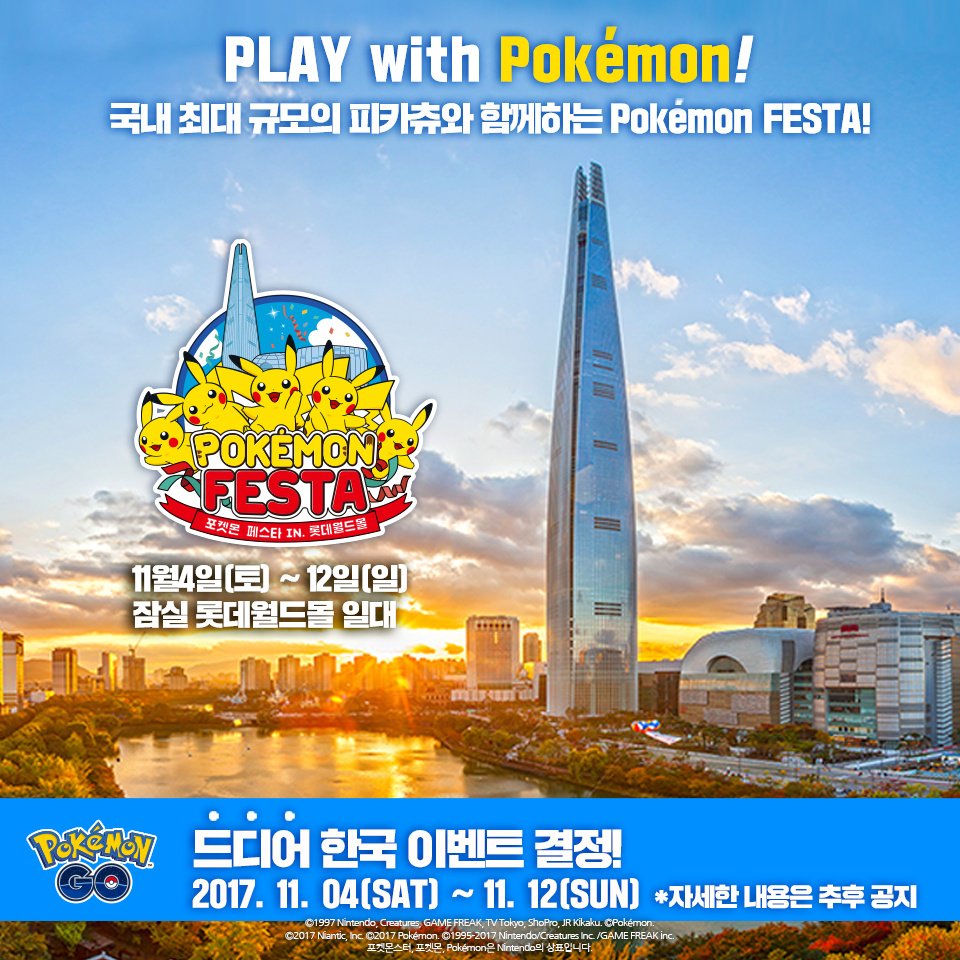