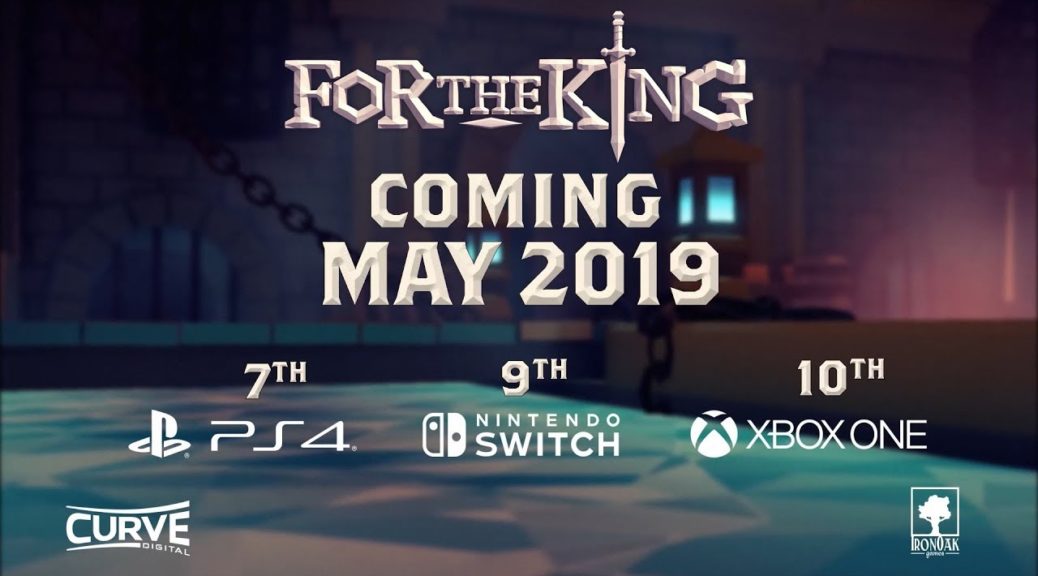 Curve Digital and Ironoak Games have announced the release date and pricing details for For The King on Nintendo Switch.

For The King is set to launch May 9, 2019 on the Nintendo eShop with a 20% launch discount. The game will also be available at retail, but with no discount.

Watch the trailer and check out more details:

Curve Digital and Ironoak Games are excited to announce that the critically acclaimed rogue-like RPG For The King will be available on Playstation 4, Nintendo Switch, Xbox One and will be launching on May 7th/9th/10th with a 20% launch discount.

For The King is a strategic RPG that blends tabletop and roguelike elements in a challenging adventure that spans the realms. Incredibly replayable, venture forth into the lands of Fahrul and discover that every playthrough is unique with procedural maps, quests, and events. Just remember adventurer, you do this not for riches or fame but for your village, for your realm, For The King!

The King is dead, murdered by an unknown assailant. Now the once peaceful kingdom of Fahrul is in chaos. With nowhere left to turn and stretched beyond her means, the queen has put out a desperate plea to the citizens of the land to rise up and stem the tide of impending doom. Will you put an end to the Chaos?

For The King’s most replayable aspect comes in the form of Lore. Lore is generated through battles, story content, quests and more and is a currency that is carried through each of your playthroughs, giving the player a real sense of player progression.  Lore is used to purchase new Characters, Customization Options, Locations, Encounters and Items to continue to vary and enhance your gameplay as you continue to save Fahrul!

“After an incredibly successful debut on PC, For The King has become one of our most prolific titles” said Michael Fisher, Product Manager at Curve Digital “We are incredibly excited to bring For The King to console containing all of the updates and free DLC that have been given to the previous version over the last couple of years. The console edition is a complete edition that you can play solo, with friends, or online – on any platform of your choice.”