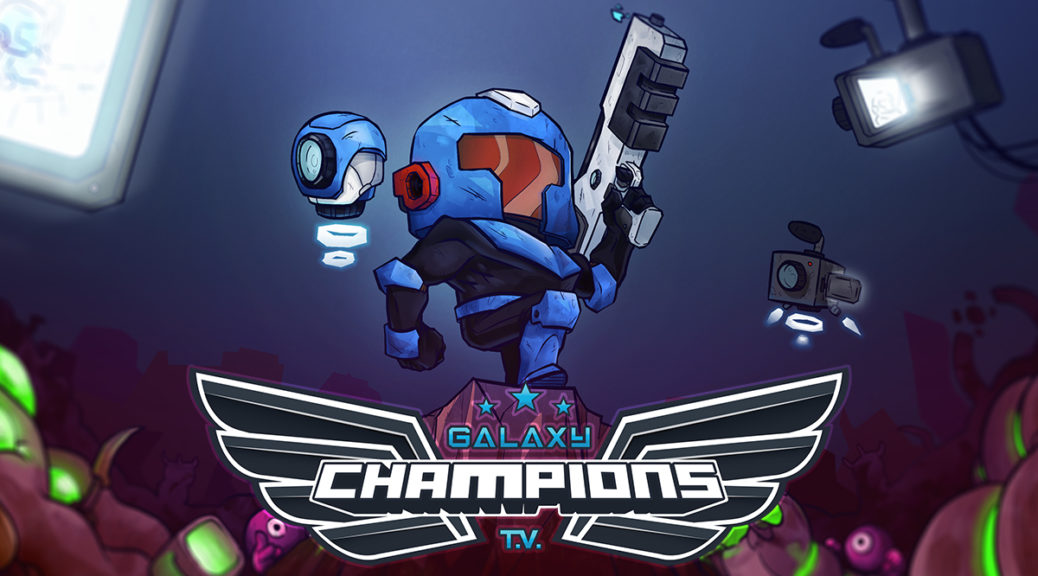 Looking for some twin-stick action versus relentless hordes of monsters? Another classy indie game is on its way to fill that niche!

The Switch eShop has updated with a new listing for Galaxy Champions TV, which launches on 3 October 2019 for $6.99 USD. Dive into an explosive arena with more than 15 deadly weapons at your disposal – and survive long enough to emerge as the galaxy’s greatest gladiator superstar!

Check out the Switch reveal trailer below, along with more details.

Get powerful weapons and power-ups, kill huge amount of enemies, level up, unlock upgrades and beat all the bosses to become the champion of the most violent TV show of all time! Are you ready to become the Champ?!

– Champions mode. How long can you survive? (global leaderboard).