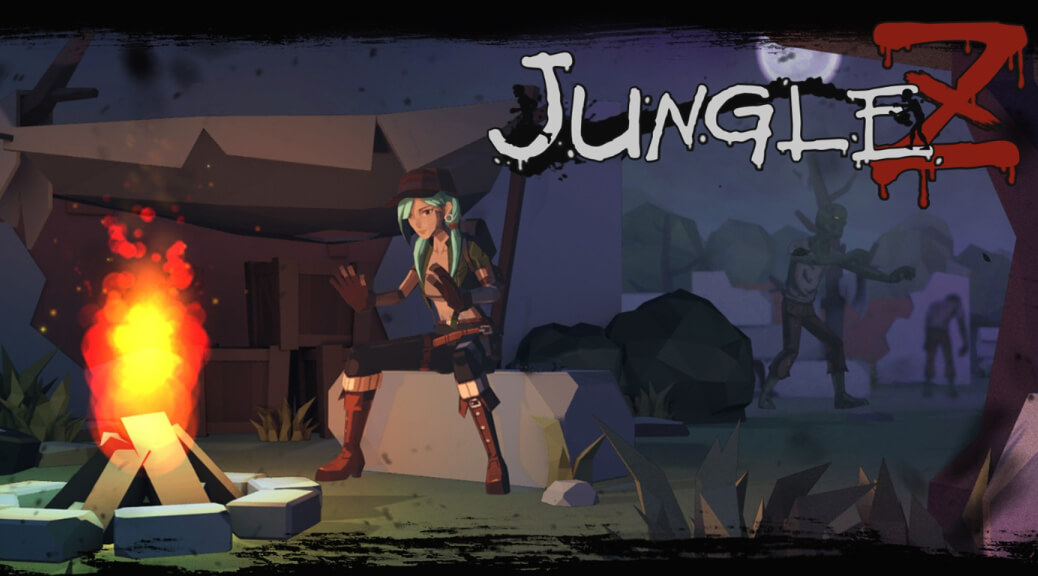 When it comes to survival games, the first thing that comes to your mind are zombies. We seem to love everything zombie and there’s certainly plenty of them in Jungle Z, the latest survival game to hit the Nintendo Switch eShop. Whether you live or die, it’s your choice. In Jungle Z, you need to survive on the last day of Earth, surrounded by what feels like countless numbers of zombies with nothing but a very limited amount of supplies in your backpack. Will you survive?

The first thing I noticed when I began playing Jungle Z is how ridiculously slow the load times are. Remember the days of the Playstation where you could wait up to a couple of minutes for a game to load – this is worse. In some instances, I actually waited up to around 5 minutes for a map to load. Now this could be forgivable if this was a huge game that was pushing the Switch console to it’s limits but it’s not. This is an indie title and I did not come across a single element in this game that can explain the ridiculously long load times. 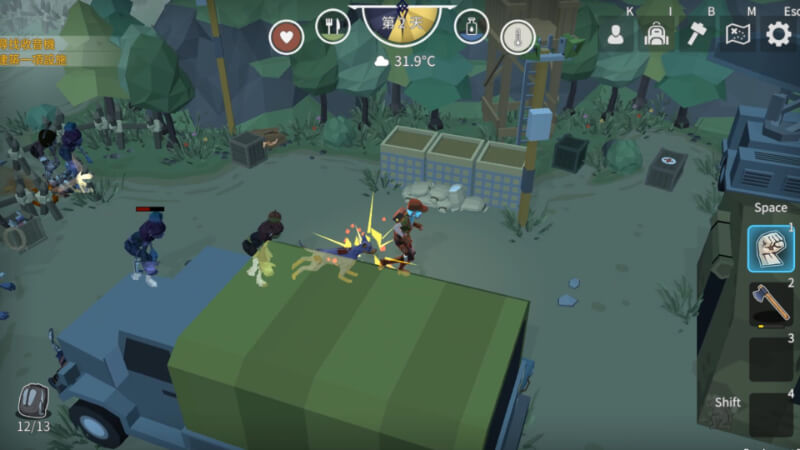 The game begins with you dropped into a randomly generated map. For my first map, I got a pretty simple map with hardly any supplies and a bucketload of zombies. I died within a minute. The second map was a little different, more spacious surroundings but the zombies were equipped with weapons. I died within a minute. Those first handful of maps were pretty unlucky for me and it was quite frustrating. You don’t want games to be easy but Jungle Z doesn’t really give you a good starting point to how the game works. You’re pretty much just thrown in and left to it. More than once, I was ready to throw my Switch out the window when another zombie murdered me. 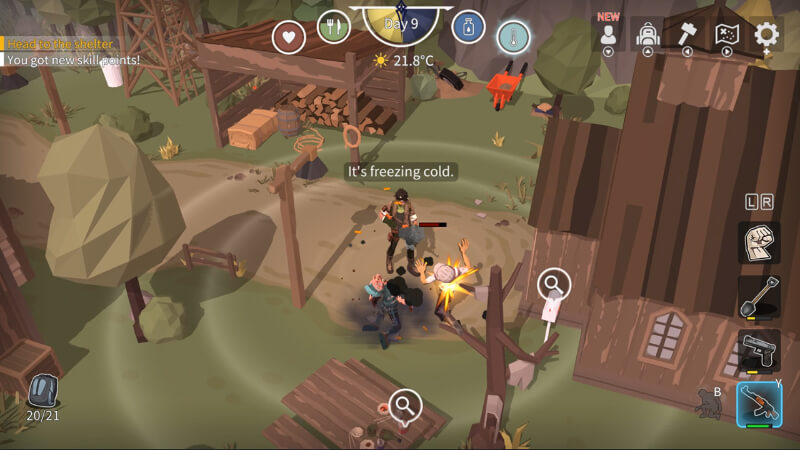 The main element of Jungle Z is survival. It’s as simple as that. Collect as many supplies as you can during the day, trading your supplies with other survivors, avoiding the zombies (killing them if you can) and preparing yourself for the night. In Jungle Z, the zombies are super powered at night because of course they are. Spend the day collecting supplies, building your defences and then pray that you will survive the night. I had real problems surviving the first night, let alone any of the subsequent nights. So when I say this is a survival game, survival usually meant just running my character the map avoiding as many zombies I could, hoping that someone just save me from this nightmare.

This is the biggest issue with Jungle Z – the whole thing is so frustratingly difficult that it saps out any sort of joy you could receive from this game. Nobody wants to play a game that is too easy but the difficulty level in the very first level is so high that there’s very little enjoyment in those first few hours. This is not something that couldn’t be remedied with a patch from the developers however, simplifying the first few nights and the gaming mechanics to help make the game appeal to more casual gamers.

Verdict: This soup could have been a great addition but the ingredients are too harsh and unforgiving.