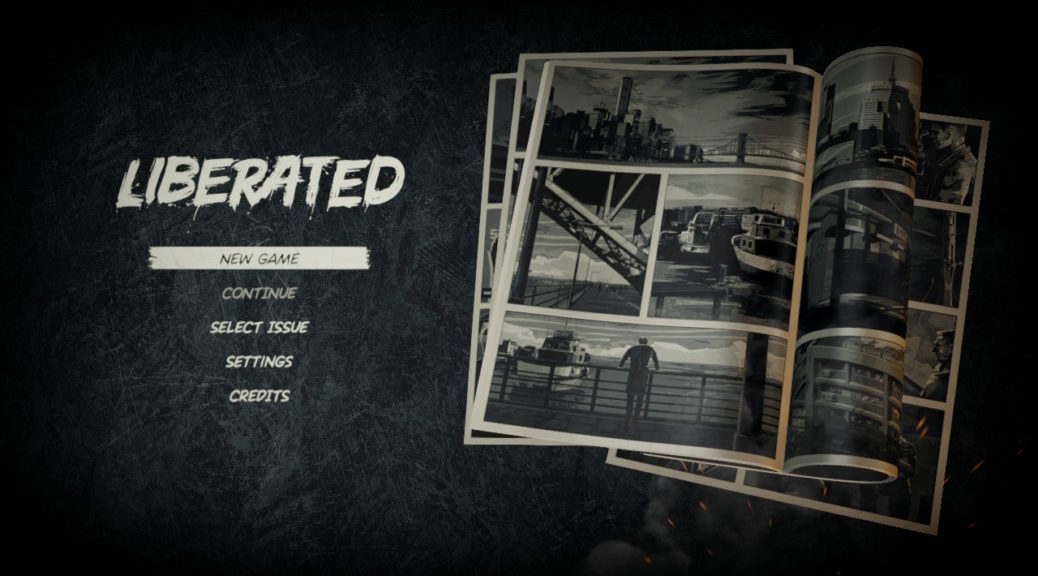 Developers Atomic Wolf and L.inc were on to something when they tried to put comic books and games together. With both mediums having so much and yet at the same time so little common ground, we took a go at Liberated to see if the developers have perfected what they set out to achieve.

At its core, Liberated is an action-adventure shooter game that takes place within the panels of a comic book. While you will find yourself shooting most of the time within the game as you traverse across a 2D space to uncover the story of the Liberated world, the game also features a couple of interesting puzzles. From guessing the pin codes to rearranging pieces to form a complete circuit, the game brings you out of mindless shooting from time to time to exercise the mind. 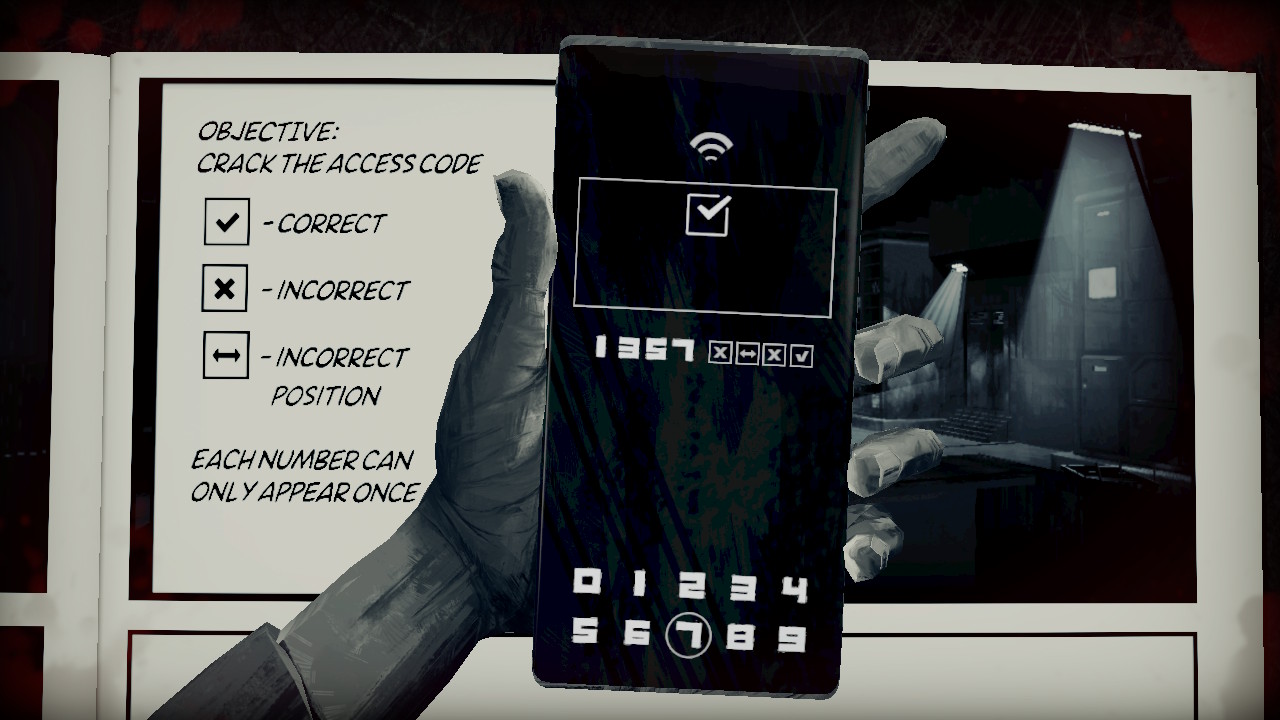 However, when I say mindless shooting, I really meant mindless shooting. Other than the game’s peskier drones, the human enemies of the game were very predictable in motion and can be handled with extreme ease. Many times in the game I found myself easily handling the game’s enemies just by aiming my gun roughly 5º higher while I walk through the levels and pressing the trigger when in contact. While there were times a little more hiding and strategising was required, those times were both sparse and scarce. Adding on to the ease is the game’s small collection of enemy types, providing little variety in gameplay. 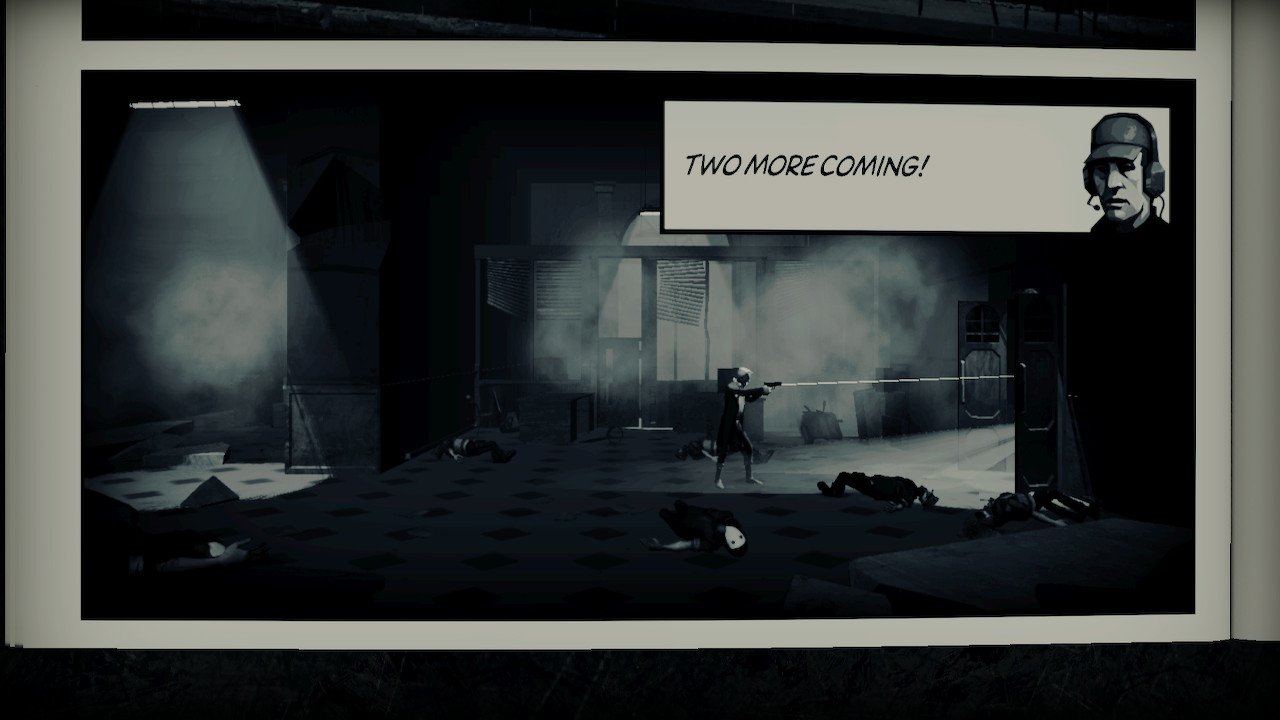 Even so, it would seem like making the game hard was not the developers objective at all. To make the experience better for everyone, the developers included a suite of quality of life enhancements to the game. One such enhancement is Reader mode. Reader mode is for players who are not exactly good gamers. When selected, the already easy gameplay could be breezed through without effort and is meant mostly for comic book enthusiast who wants to explore this new evolution of the comic book gaming medium. 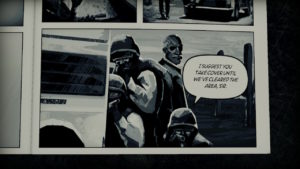 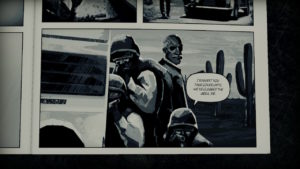 While the gameplay requires almost minimal thought, the story was intelligently crafted in a way that made the entire game shine. The comic book element of a good story was not lost in Liberated. In fact, with the interactiveness provided by the gameplay, the comic book’s story was greatly enhanced. For example, there are little parts of the game where your input may alter the outcome of the story minutely. The page in the comic book fills and skip according to your choices. 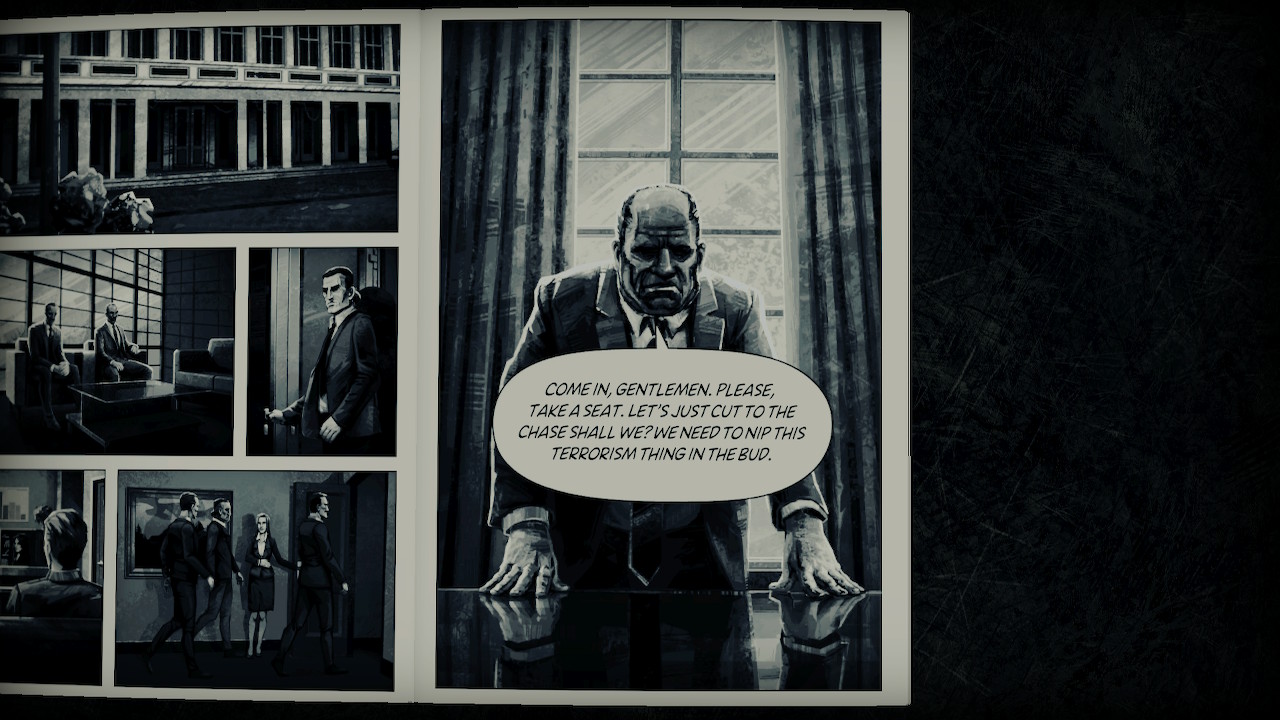 All these careful direction over four comic book issues provides the players with a different perspective of a world that was functionally peaceful yet silently oppressed. Players get to see how police officers try their best at keeping the general populace safe, even if it means infringing on certain liberties using social credits, and at times of crisis bring out the “terrorism” card to brutally suppress a dissenting crowd. On the other hand, players also got to play the oppressed Liberated faction, who just want to live their lives out of the overreaching hands of the system, believing that the government has overstepped their authority.

The game presents its arguments without trying to sway you heavily towards any side unlike most games and instead prefers that the players arrive at their own conclusion.

You’re in the Story

One thing the game does amazingly is how it makes you feel like you are in the game. Although you play only five characters in a third-person perspective, when the game concludes, and the last page is flipped, the game manages to make you relate to it.

No way is this better shown than at the end where you have to make your voice heard by liking or disliking social media post. This conclusion to the entire game really drives home the message the developers tried to achieve. I even got a bit tensed and paranoid whether my choices at the end will be uploaded to the net and someone will just bust my door down. 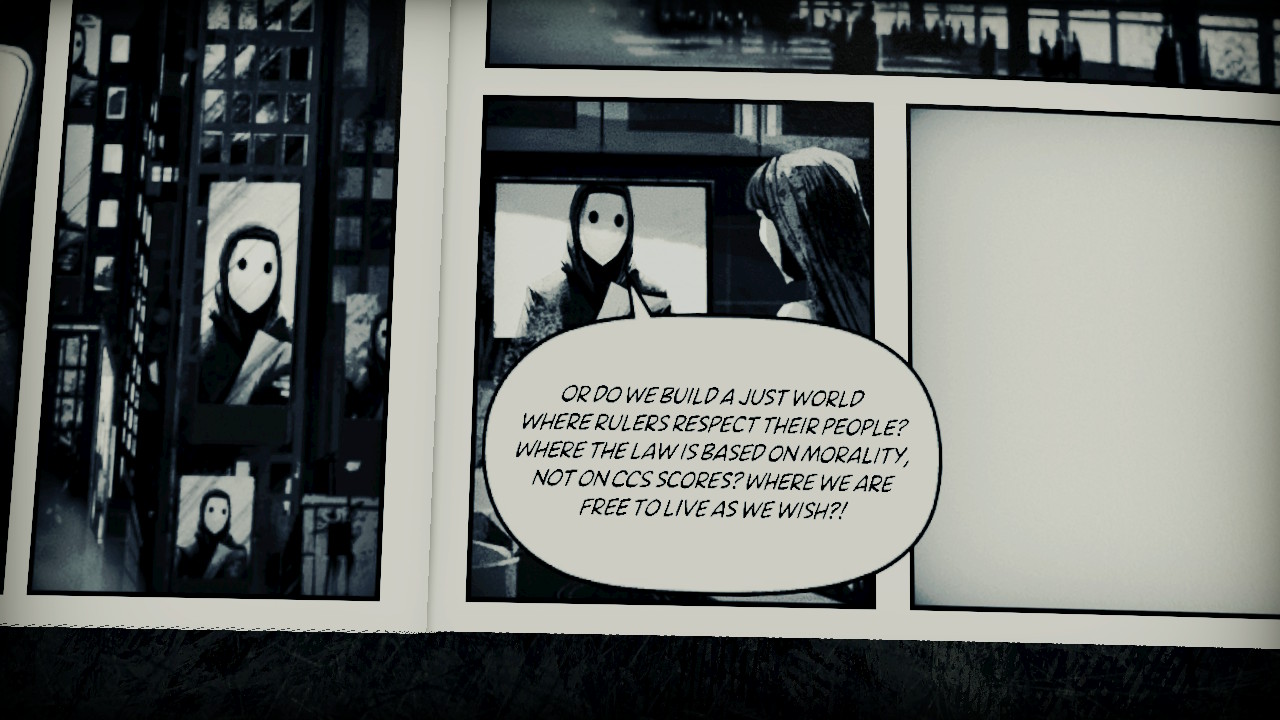 Liberated is more than just a game. Players going into the game should see it as a natural step to the evolution of the comic book than an action shooter. While the gameplay element is nothing very special, it is how the entire package of the comic book, the story, and immersiveness envelopes you that make this game something that everyone should pick up.

Liberated comes at the zeitgeist of today’s world. I started off the game with the context of the world being under increased surveillance, with laws against dissent being enacted and finished the review with riots on police brutality. The game presents a compelling work that encourages players to reflect on the world they live in. In the end, the game’s value is not in its gameplay, it is its contribution to the greater socio-political conversation that will make our world a better place.

Verdict: Just like water, gameplay may not be special, but clearly reflects when still.