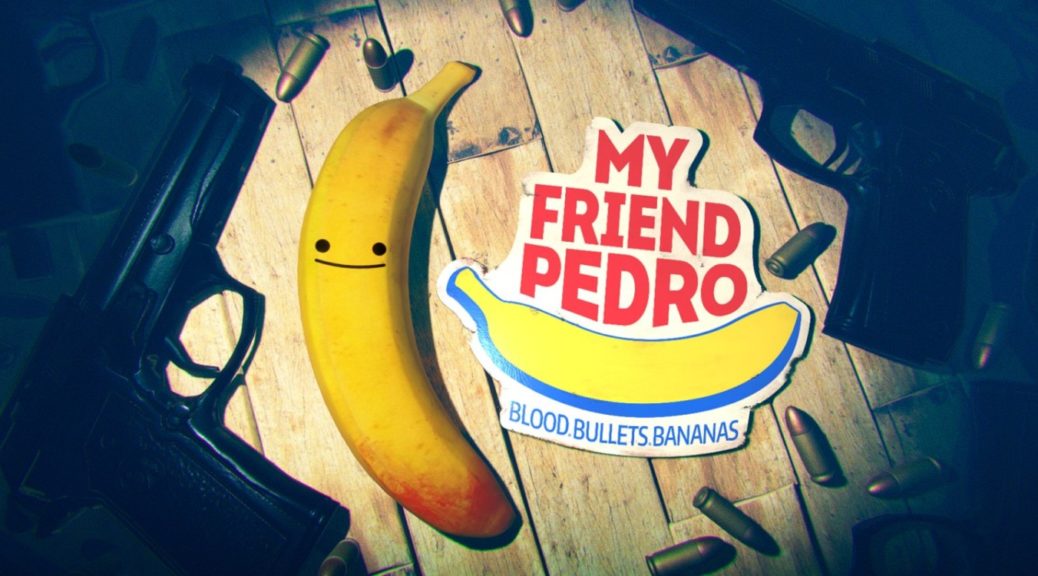 When Devolver Digital and DeadToast first showed off My Friend Pedro at E3 last year, I was extremely excited. This was looking to be quite different from the studios previous games with it heavily focusing on jam packed action and your very own creativity. So after a year of being announced, the game has finally made its way on Nintendo Switch. 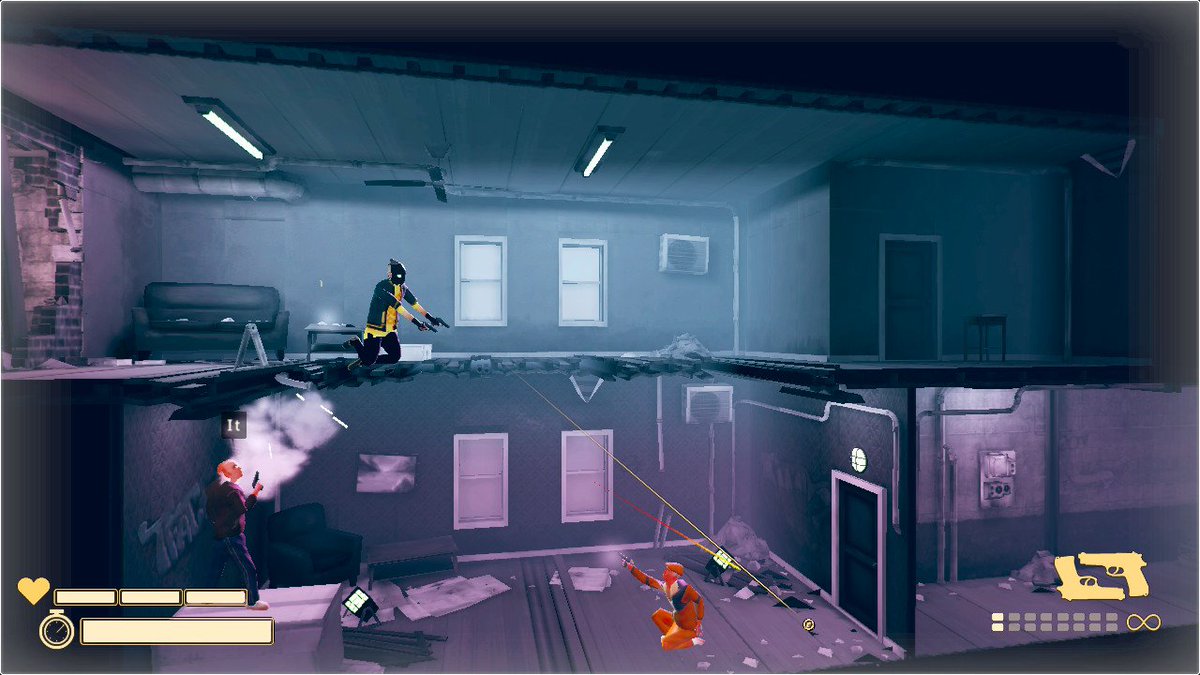 The game follows a mysterious unnamed main character who wakes up in a butcher’s shop with a heavy case of amnesia. But it seems that you have nothing to fear as you are met with a friendly banana by the name of Pedro who helps guide your way through the hordes of enemies awaiting you along your journey. Along the way, Pedro will give you many gameplay tips while also giving some funny dialogue without interrupting the flow of the gameplay. 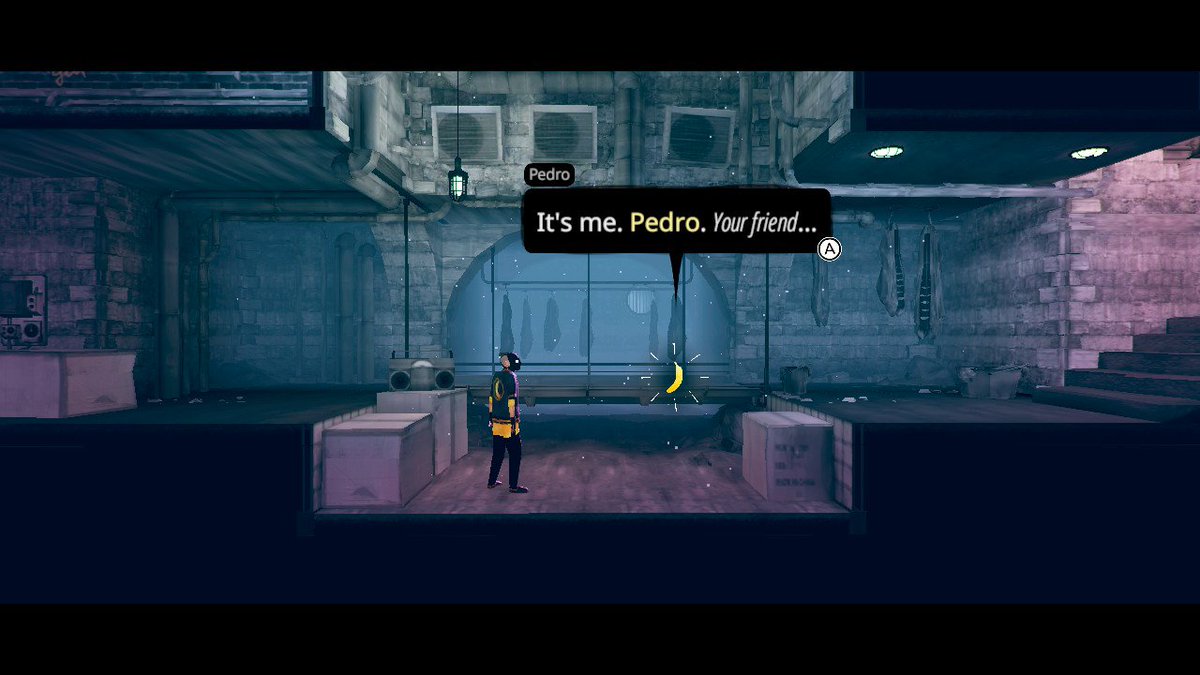 However, the story itself isn’t the main focus here with the gameplay boldly standing out. As you go along, you’re rewarded with great guns such as the Sniper Rifle and the Shotgun which open up many new possibilities. These guns can easily be switched at any time throughout your gameplay whilst slowing down time in the background to give you more time to choose what gun you may need. 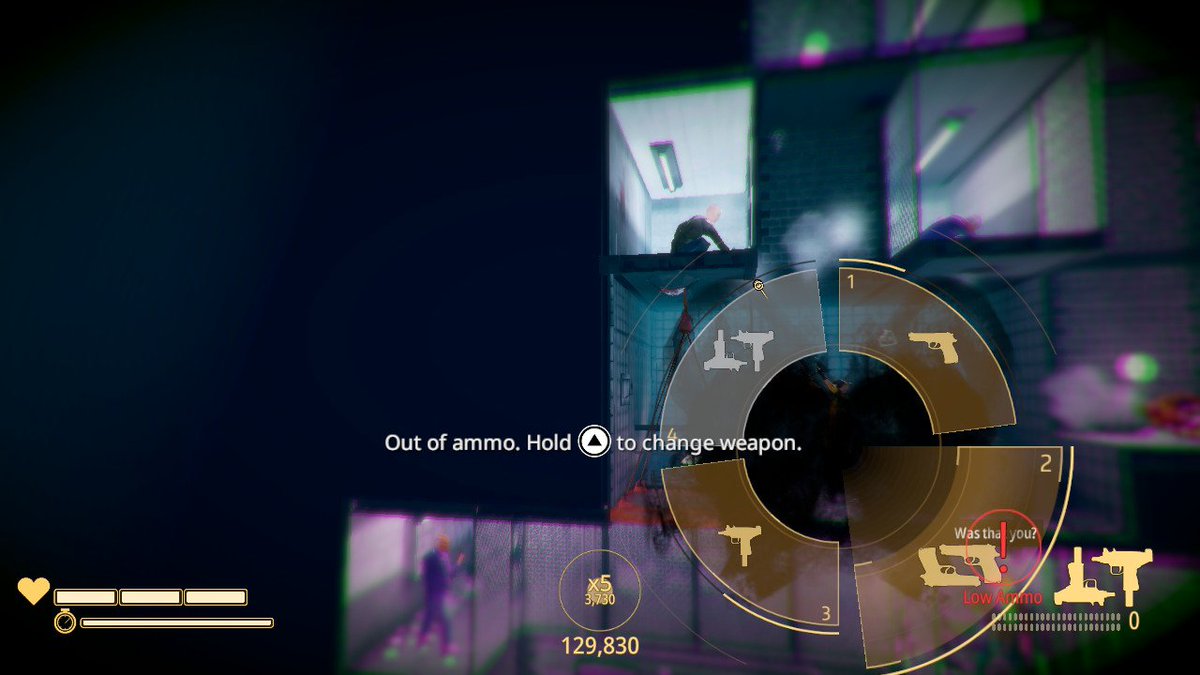 But the main stars of the game here are the Dual Pistols which are the guns that you start with near the beginning of the game. Split Aiming is a mechanic exclusive to dual weapons which is introduced to help you get through enemies when there are a lot of them on screen. The game also gives you the ability to slow down time which when accompanied with a great gun while doing flips and stunts make for some amazing kills that will make you feel like John Wick. 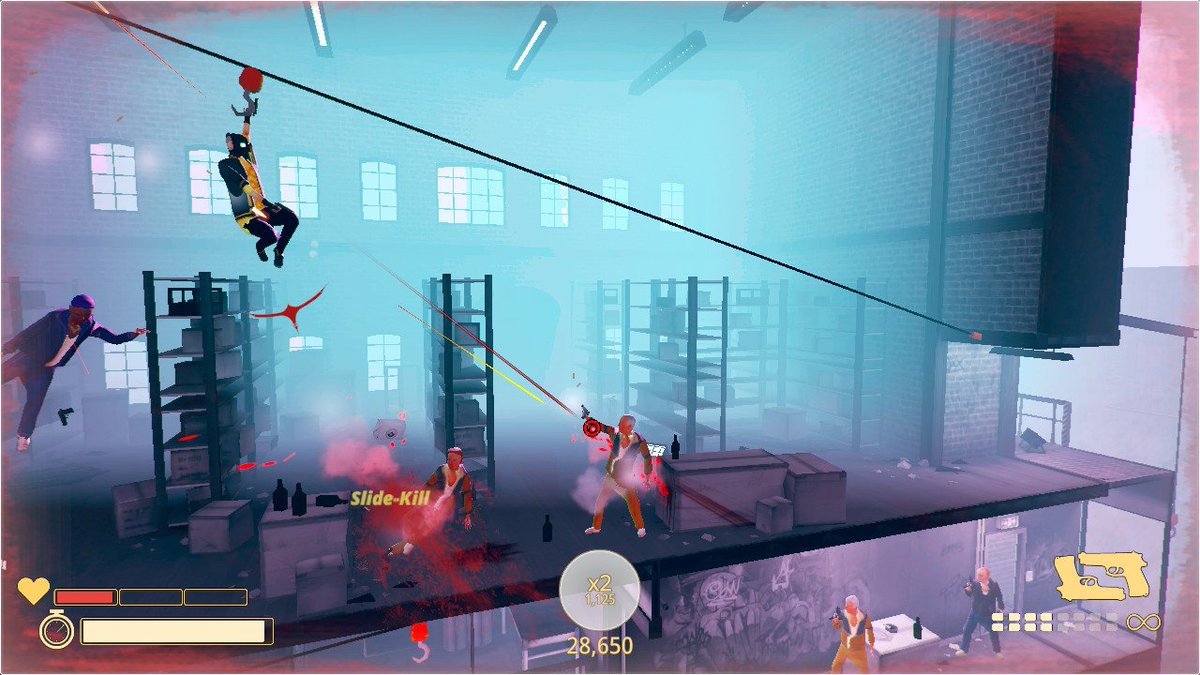 After you complete a level, you are given a rank and a score based on how you performed in that level. Your rank is based on how many kills you have gotten in the level and how many stunts you have performed. These are usually difficult to earn in normal levels but in boss fights a high rank such as A or S is quite easy to achieve which makes it less satisfying to get. 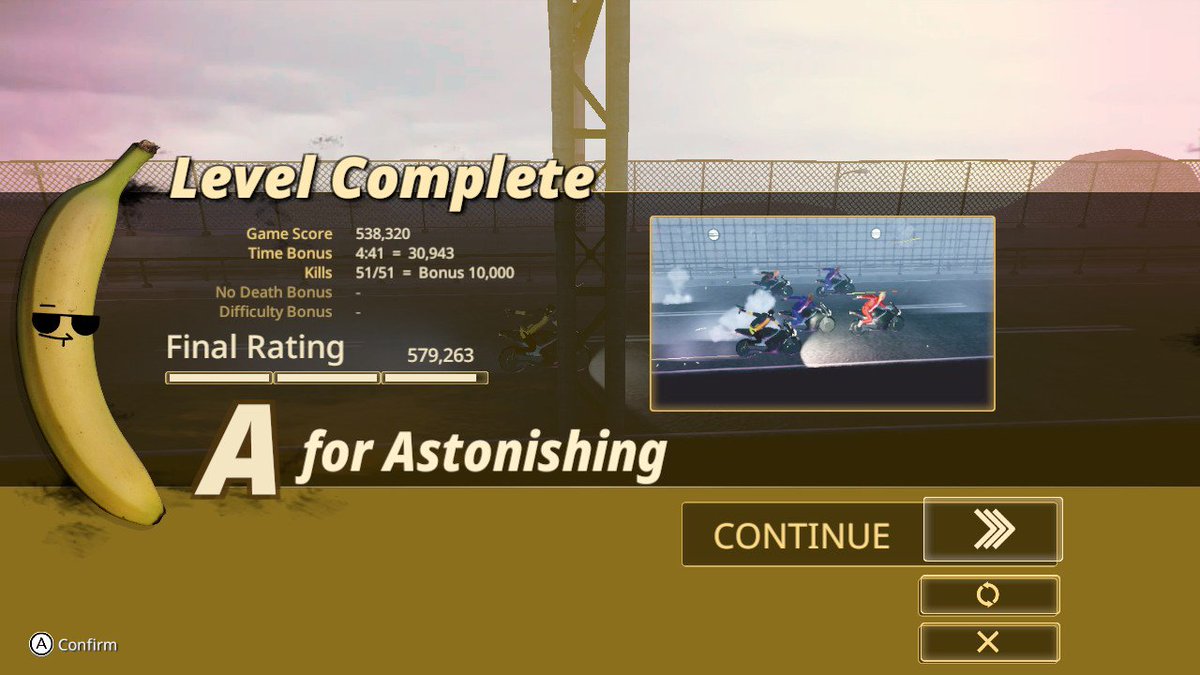 Along the way, some levels introduce new stage elements which make the gameplay much more interesting and less repetitive. However, these gimmicks are mainly introduced in the second half of the game which does cause the first half to get tiring after a while. But the gameplay variety and story does drastically pick in the second half which leads to a great ending which will make you really want to know what happens next. 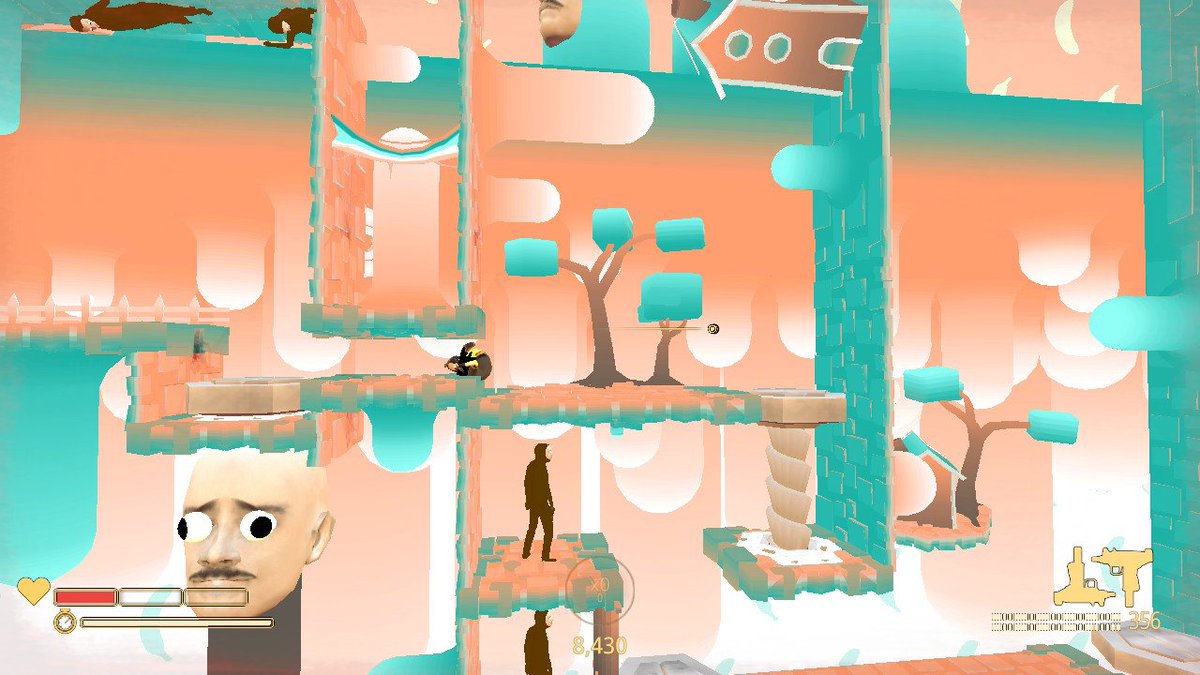 While playing the game, the controls are very easy to get used to as you are taught them by Pedro along your journey. Aim assist is turned on by default and it can really help when you are in tough situations. This is accompanied by a creative use of the right stick for aiming and great use of HD rumble which simulates bullets being fired. The game also runs quite well on Nintendo Switch at a very stable framerate with it looking nice in both portable and docked mode mainly because of its simple artstyle. 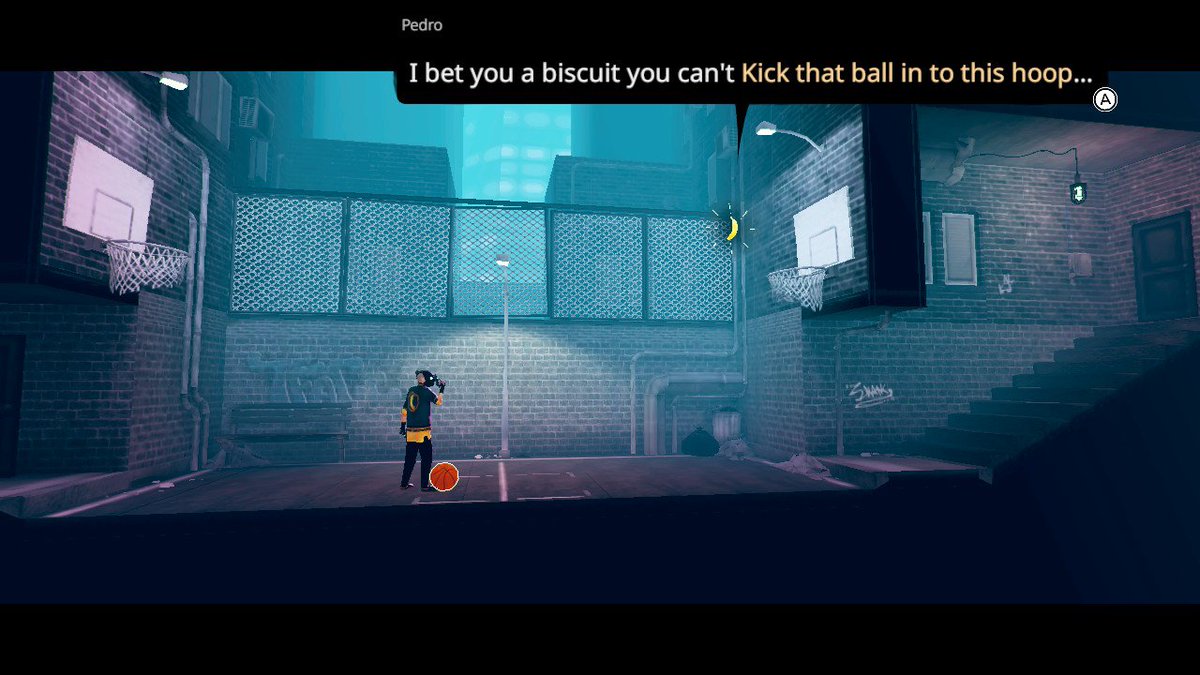 For a price of £17.99 on the Nintendo eShop the game is quite expensive for its short length of around 4 hours so I do recommend that you wait for a sale before purchasing it as there isn’t much replay value after you finish the main story other than earning all the S ranks and competing in the online leaderboards. 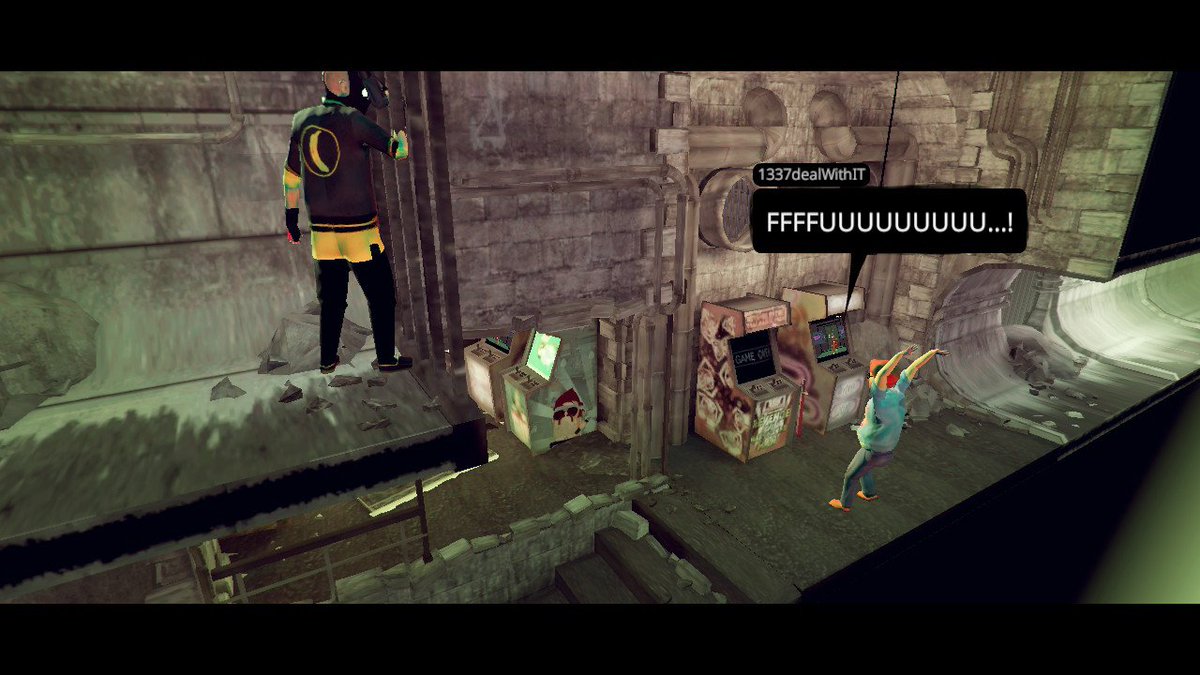 This soup is a bananas experience that indie lovers will surely enjoy.

A review code for My Friend Pedro was provided by Devolver Digital for the purpose of this review.