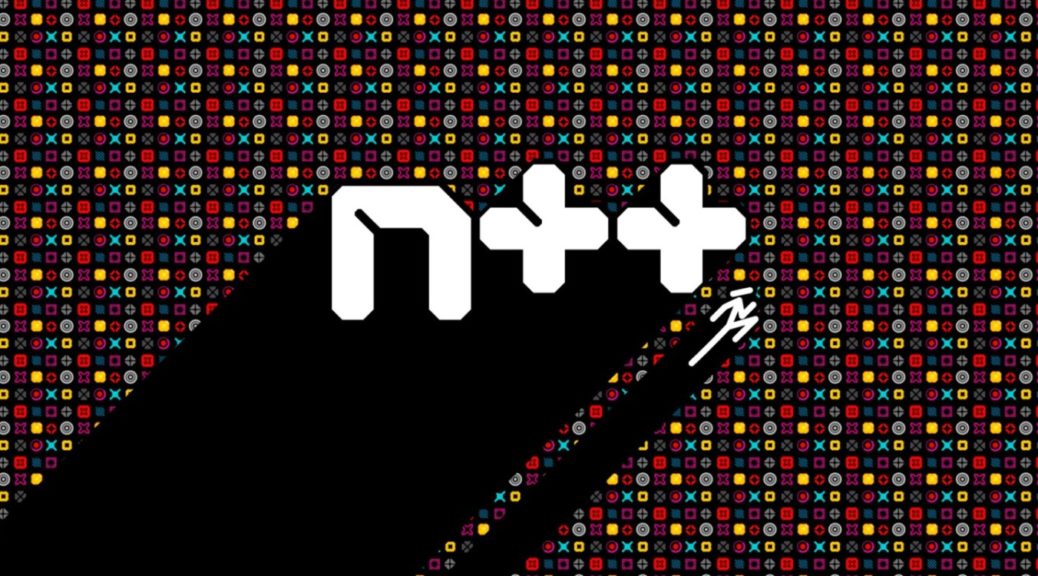 N++ is the best version of one of the best platform games ever made.

It doesn’t take long to explain everything you need to know about N++. But a bit of history might provide context. The original N released on PC as a Flash game back in 2004. In a way, it is the grandfather of modern “hardcore platformer” games, the quintessential example of which is Super Meat Boy. The original N, as well as N++, are the same game at their core. You are a ninja. That one sentence is really the only piece of “story” that the games have. And as a ninja, it is your duty to jump and explore through countless rooms filled with switches, bombs, missile launchers, and robots before the timer/life bar runs out. 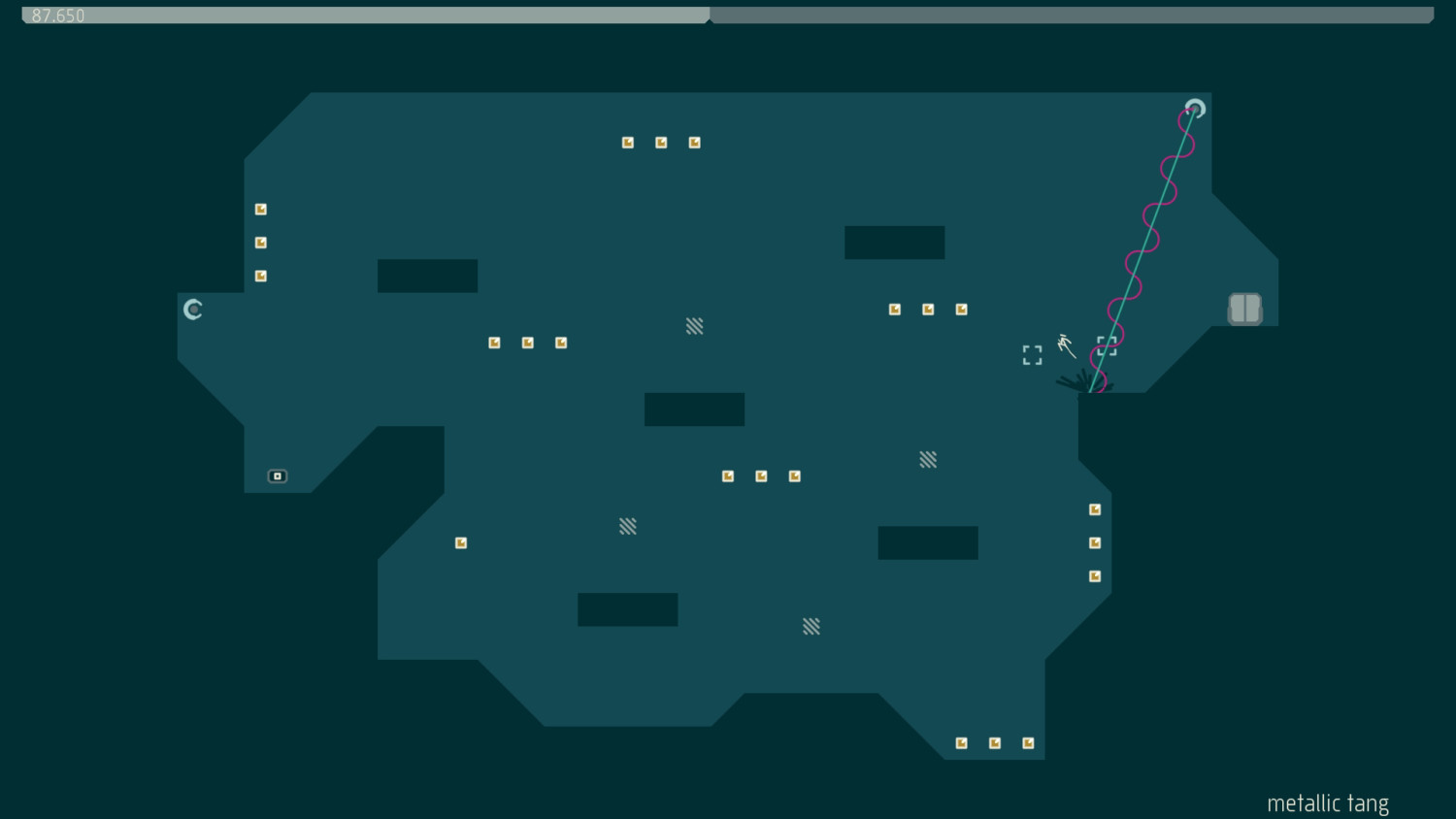 One of the most unique aspects of the N games is the way your character controls. While most games in the genre (including the aforementioned Super Meat Boy) have extremely responsive, almost twitchy controls, the physics of N are much more momentum based. You can’t instantaneously change direction mid-air here. You still have mid-air control, but the arc of your jump is largely determined by your momentum when leaving the ground. Even with your feet on the ground it takes time to get up to full running speed or to change directions. There might be an adjustment period if you’re used to twitchier platformers, but that’s not a bad thing. Tricky jumps in N++ require perfect planning and execution, yet the game is still responsive enough to allow for quick thinking in sticky situations. 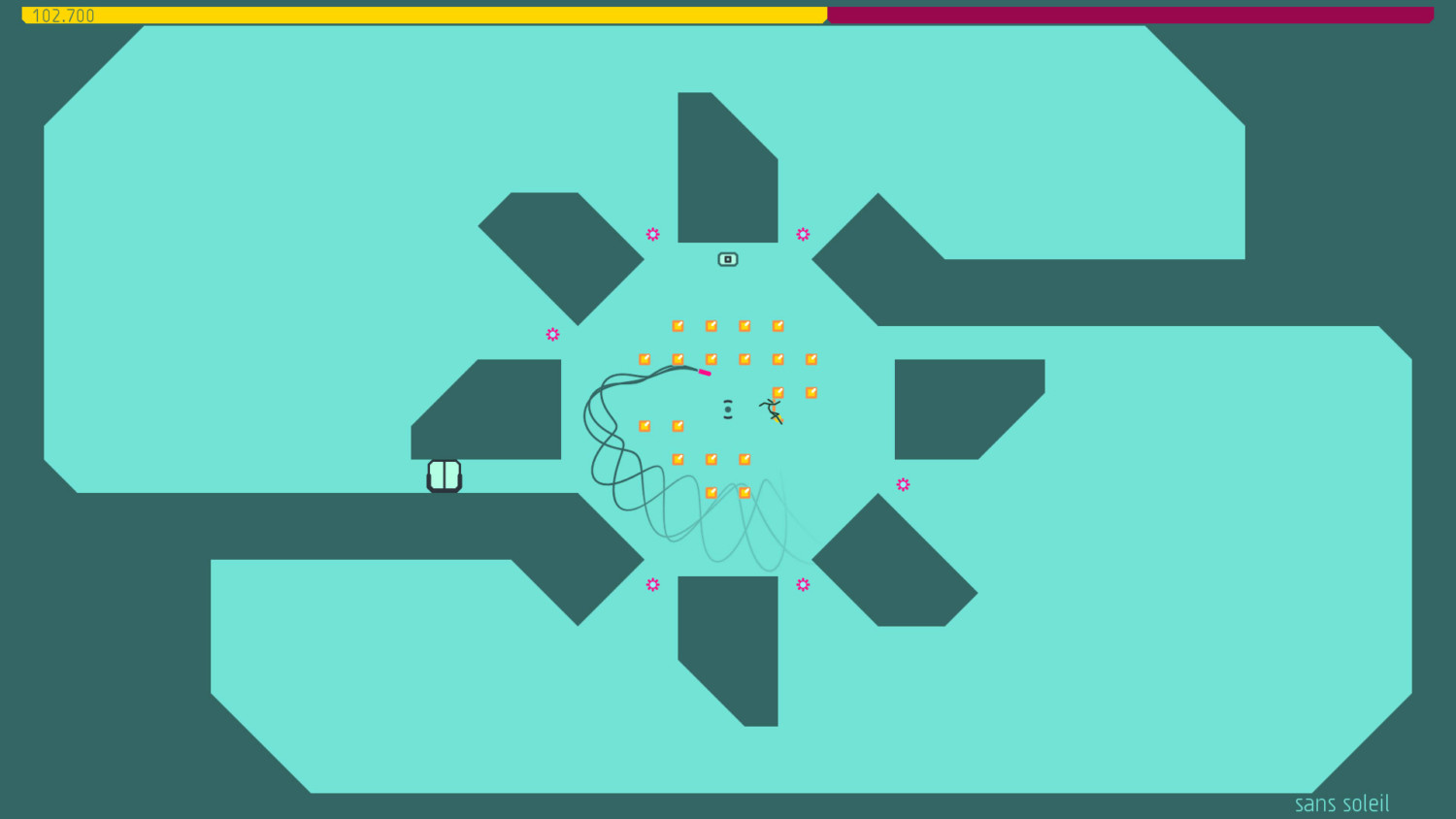 The game features hundreds of five-level episodes in increasing difficulty, including some throwback stages from previous entries. The total number of levels easily reaches the thousands. Collecting the gold in each room offers an additional level of optional challenge, and the game can get truly devious as it progresses. Despite the high level of difficultly, we never felt overly frustrated. The game never taunts your failures, simply inviting you to try again and again. N++ has a way of getting you into a trance-like flow state, and returning for more punishment is highly addicting. I found the game to be oddly relaxing, despite countless deaths. If you’re easily frustrated, though, N++ might not be for you.

Well worth a mention is the game’s multiplayer. There are co-op and competitive race stages to choose from, and it’s an absolute blast to play with friends. Multiplayer might be the best way to play N++. 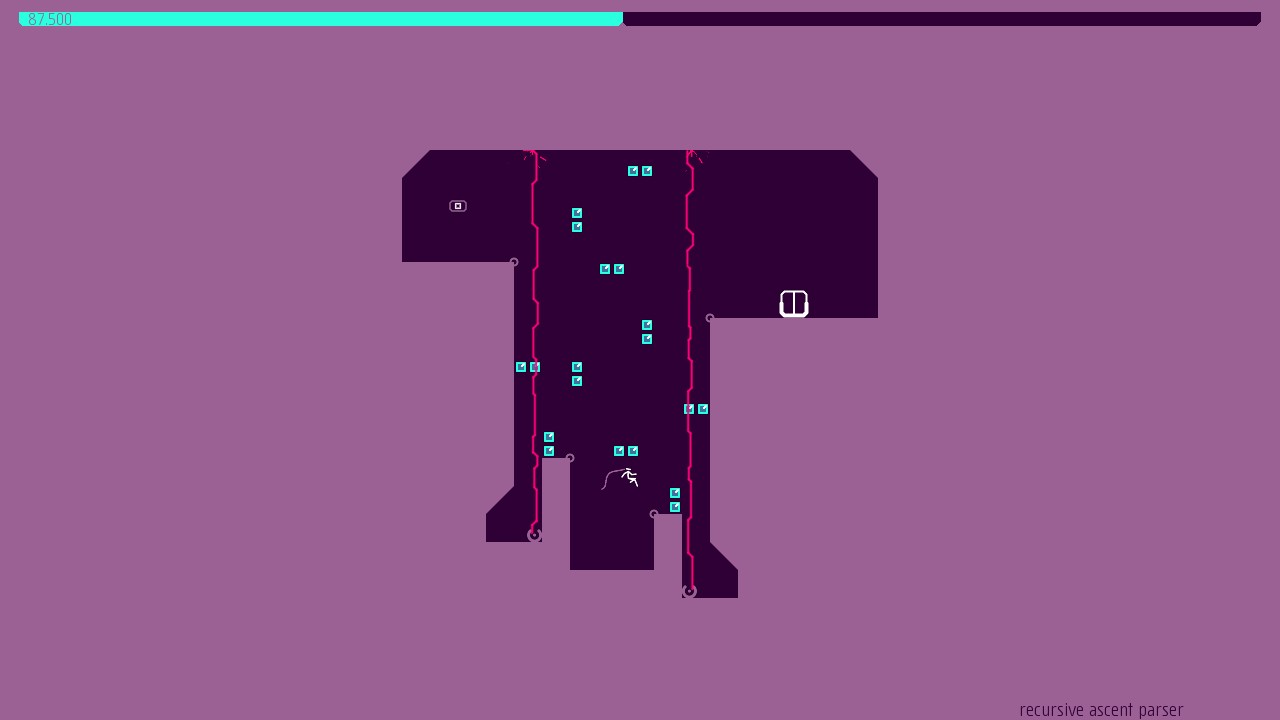 The game also features a fully-featured level editor, complete with an online community of player-made content. If you’re looking to scratch that Mario Maker itch, N++ has you covered.

A d-pad/analog stick and a jump button are the only things needed to play N++, and the minimalism in the gameplay is also reflected in the game’s aesthetics. N++ takes the minimalism even further than previous entries. While the original game featured a ninja with a triangular head, N++ replaces the head with a single line. Other gameplay elements, from missile launches to Thwumps and Zap Drones, are just as simple and effective in their design. Whereas previous games were all gray all the time, N++ features over 100 colorful palettes, which can be switched between freely when unlocked, or cycled through automatically. We only wish we could disable certain eye-bleeding color schemes and set others as “favorites.” 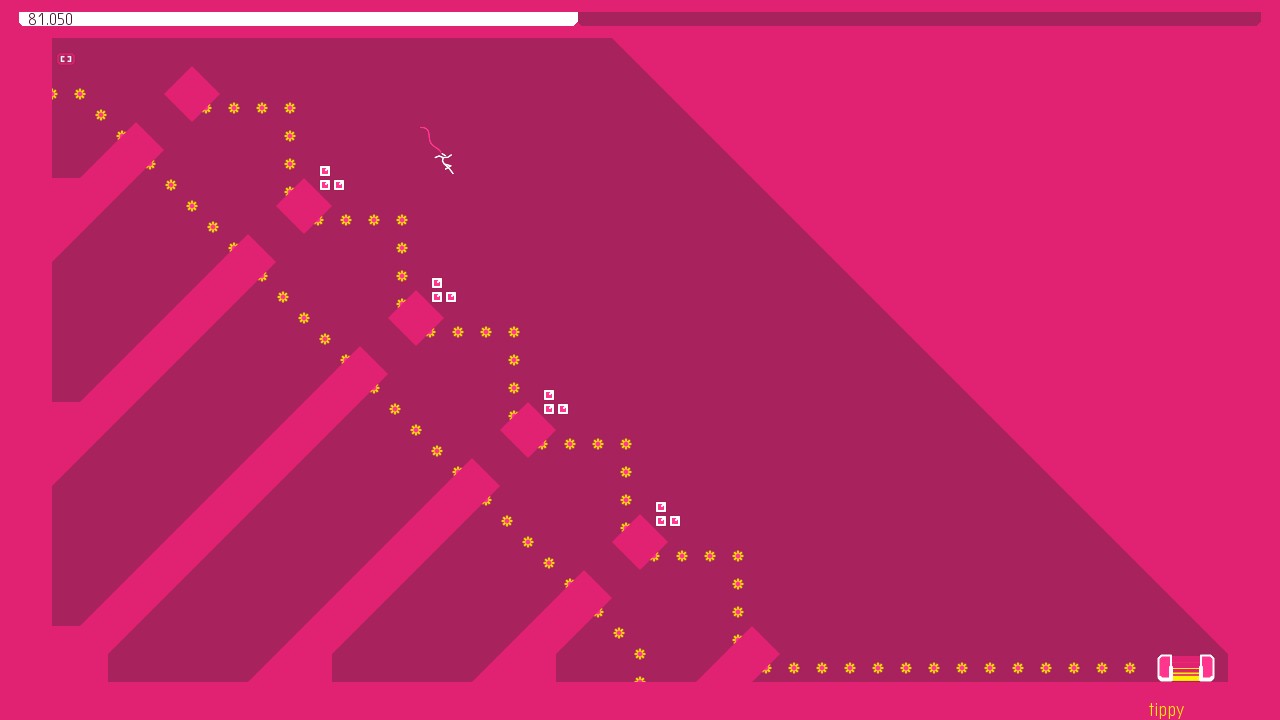 N++ is a fantastic platformer with tons of content. If you’re a sucker for difficulty, this game will last you for a long time. Even after 20+ hours in the game, I’ve seen less than half of all the levels, and I’ll continue to come back to this game for years to come.

Soup Verdict: A deep, never-ending supply of a delicious broth

A review code was provided by the publisher for this review.