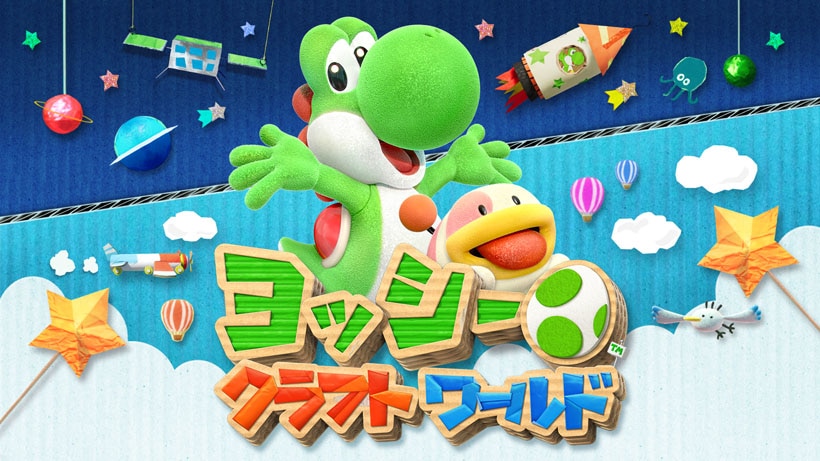 First of all – for this review I have really collected all the hidden stuff. I wanted to master every challenge and to find every secret of the game. And I did it! So, let’s count: I collected 693 “Smiley Flowers”, 121 crafts and 174 costumes for my personal yellow Yoshi in 49 courses. Oh yes, that’s a lot! It took me about 30 hours to complete the game.

And I got bored for exactly – zero seconds! Yes, Nintendo did it again! They hid all flowers and crafts in such an excellent way that you wanna get all of them. And you cannot stop, even when you are tired and sleepy and the sun starts to rise again. “Yoshi’s Crafted World” is one of the most motivating games I have played – and it’s the best search’n’run game since the legendary “Super Mario World 2: Yoshi’s Island” on SNES. 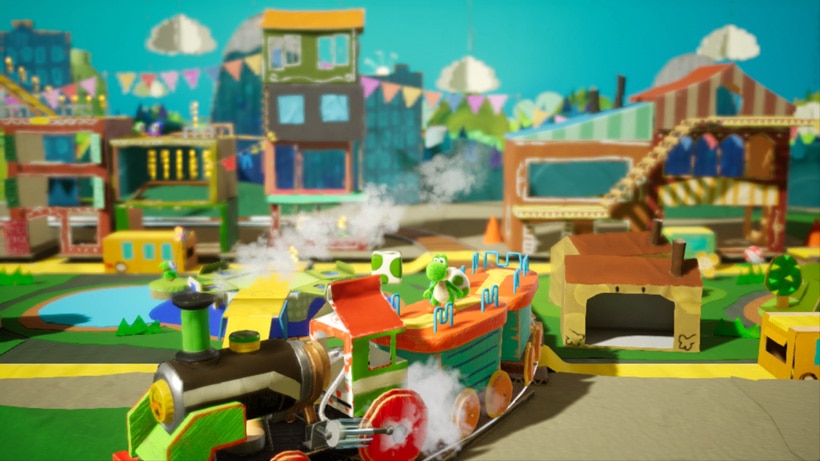 “Yoshi’s Crafted World” convinced me due to its diversity – you have to search and run through a train station, a harbor, mountains, a jungle, a carnival, a prehistoric land, a ninja stage, a forest, the sky, the outer space, a dark and dangerous city (with axe murders!) or some other, really crazy papercraft levels. Yes, the whole game is made out of (digital) papercraft! And that looks funny and unique! Nintendo used the physics of the papercraft models, enemies and stages to make a challenge out of it – great! The game has not only the look of papercraft, you have to think how papercraft reacts when you touch it or jump on it. 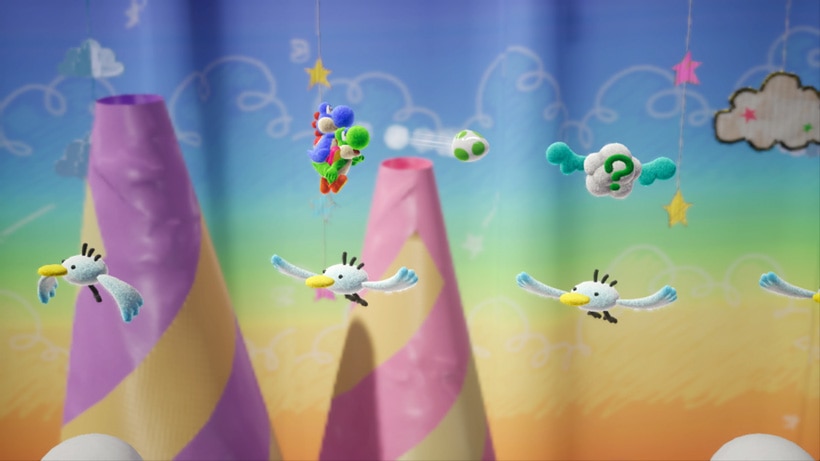 And because of this fact that all is made out of paper, you can go to almost every level in a second way to see what’s happening behind the scenes! Change only the paper to the other side. So every level has two sides, one which shows you the world made out of paper and one which shows how it was made and what works in the background to make the illusion great. That’s a complete new interpretation of a light and a shadow world.

“Good Feel” did an excellent job – “Yoshi’s Crafted World” is their best game to date. It even beats my personal favourite, “Wario Land: Shake It!”. All works perfect, all fits together – a real masterpiece. In some reviews the soundtrack was criticized – “too childish”, “too boring”. No, no, no, completely disagreed – “Yoshi’s Crafted World” sounds unique, fresh and really funny. And it’s totally in the tradition of the Yoshi series – it has its typical warm Yoshi tunes for your heart and your soul and some really crazy sounds that belong to the series from day one on. Yes, I will buy the soundtrack when it’s available – I really love it. You cannot get it out of your head. I think some reviewers have never played the series so they don’t know how a Yoshi game has to sound like. 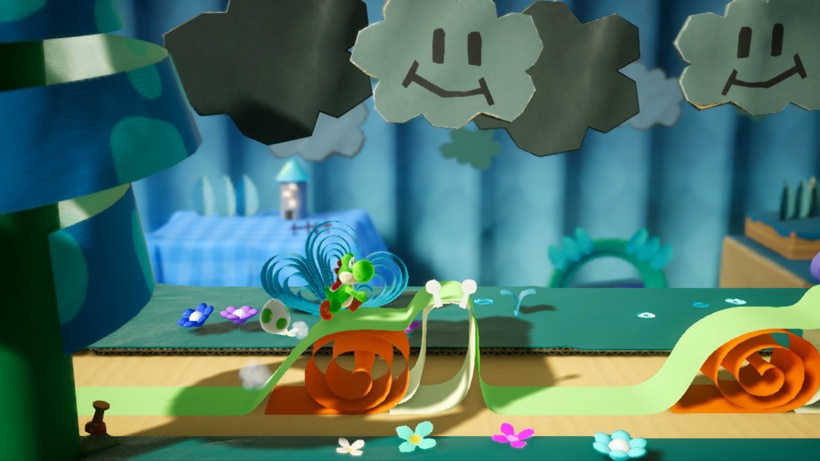 The gameplay is well conceived like always in a Nintendo game – you can run, flutter and shoot your eggs in an absolutely perfect way. Nintendo knows how to make a game as good as it should be. “Yoshi’s Crafted World” is “just another great entry in the history of great platforming games”.

And when you finish the game the first time, you could think “OK, all was great, but the bosses were way too easy.” No, play further! When you want to complete the game, you have to do the six bosses in a second and a much harder way – yes, it’s challenging, very challenging. OK, it’s not a Cuphead, but it can bring you to your skill limits.

I can only say two words now – “buy it!”. It’s one of the best platformers I have ever played, it’s the third best Switch game to date in my opinion (after Zelda: BotW and Super Mario Odyssey, it beats even Super Smash Bros. Ultimate for me) and it’s a perfectly-balanced, beautiful looking and fresh sounding game with a –you don’t have even to mention it for a Nintendo game – brilliant gameplay. It’s really hard to criticize anything in this game – the only thing that comes into my mind it that it is “just” a perfect 2D platformer. It’s no revolution, but a great evolution. And the best Yoshi game since “Yoshi’s Island”!

So, which score?! Is it a 9 or a 10? It is a “9+”. A perfect game with no ground-breaking new ideas. Every gamer with a passion for great games should buy it.

– almost nothing, but… but it’s no “revolution”

Soup Verdict: It’s the hottest Yoshi soup since “Yoshi’s Island” – and makes the Switch a dinner for gourmets! Forget about the cookies, get this soup!

A review copy was provided by Nintendo for this review.