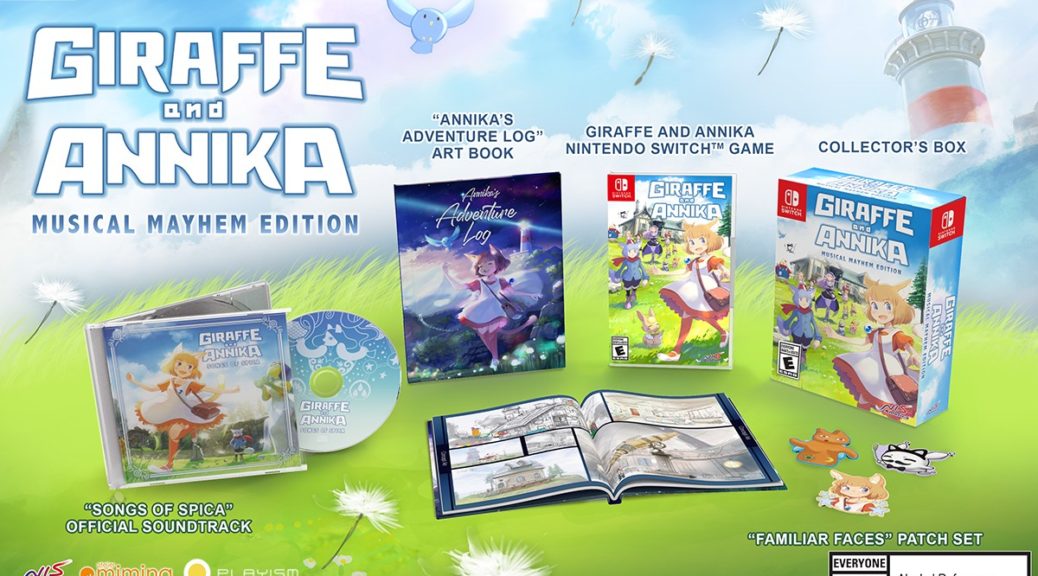 The game is scheduled to arrive August 25, 2020 in North America and August 28 in Europe. A Collector’s Edition is now available via the NIS America Online Store.

Giraffe and Annika, coming to PlayStation®4 and Nintendo Switch™, will launch August 25 in North America, August 28 in Europe, and September 4 in Oceania! This charming adventure follows Annika, who awakens on an island with no recollection of her past. With the help of the witch Lily and the mysterious boy Giraffe, she must find star fragments to regain her memories.

The Giraffe and Annika Musical Mayhem Edition is now available for preorder at the NISA Online Store! (Also available for PlayStation®4.)