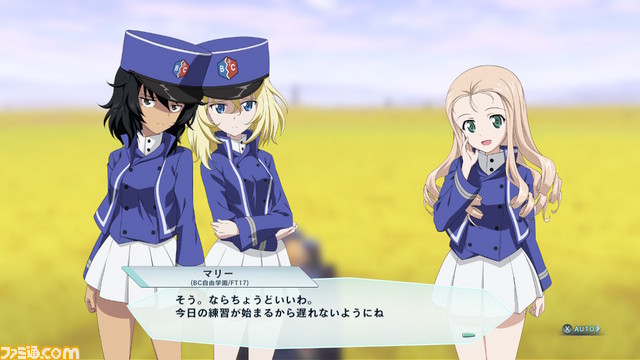 The physical version will be offered in Japanese voices with English subtitles on February 21, 2019 in Southeast Asia markets. We assume the same will apply for the Japanese version.

First English trailer and details below:

ANDAI NAMCO Entertainment Asia announces 『GIRLS und PANZER Dream Tank Match DX』 for the Nintendo Switch coming to Southeast Asia (Singapore, Malaysia, Thailand, Philippines and Indonesia). The game will be available 21st February in Japanese voiceover and English subtitles – it is time to build your very own Panzerfahren once more!

The PV explains how Nintendo Switch 「GIRLS und PANZER Dream Tank Match DX」 compares to the previous edition of the game! Please watch it as it unveils images from the Nintendo Switch version for the very first time!

「GIRLS und PANZER Dream Tank Match DX」 for Nintendo Switch will come with:
★    4 new characters from GIRLS und PANZER das FINALE Episode 1: BC Freedom Academy’s Mary, Andou, Oshida, and Ogin of Oarai Girls’ Academy’s TEAM-SHARK!
★    New tanks: MK.IV, Renault FT-17, S35, and ARL 44!
★    Addition of a new Panzerfahren Festival mode; a tournament-style game mode that can be enjoyed entirely offline!
★    Over 20 new beautifully 3D-modelled Tank Commanders who can look out of the cupola!
★    Addition of multiplayer matches for up to 8 players on Local Communication!
And many, many more features are also powered-up!
Included in-game are 13 costumes from the movie: 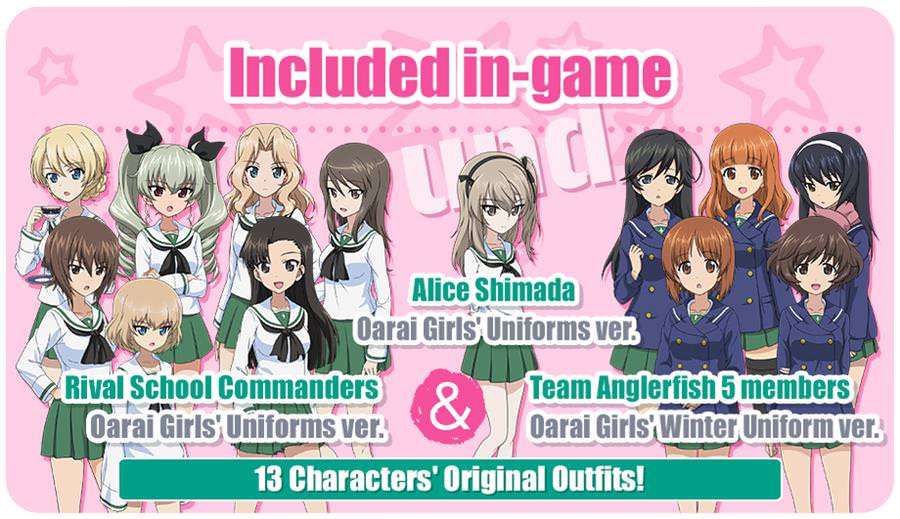 For those who already have GIRLS und PANZER Dream Tank Match DX for PS4®!

「This is your very own Panzerfahren.」
Maneuver tanks with the realism and exhilaration of GIRLS und PANZER, with the addition of online multiplayer matches for up to 10 players. Single player mode is rich with original story modes: re-live the movie storyline from different characters’ perspectives in Story Battle mode or play as the Rival School team in Domination Battle mode, and more.
Users will experience true Panzerfahren that is characteristic of the game.

A TV animation broadcast in October 2012.
In the GIRLS und PANZER world, Panzerfahren tank warfare, flower arrangement, and tea ceremony are prized traits of a Yamato Nadeshiko (ideal Japanese woman).
The story tells of how Miho Nishizumi and the other Oarai Girls’ Academy students battle to win the National tournament to save their school from being closed down.
The 2014 OVA tells of the second National tournament which the TV animation did not delve into in detail.
In a movie released in November 2015, set after the National tournament, the Oarai Girls’ Academy is again threatened with closure, and they go up against the All-Stars University Team to save their school.
In December 2017, 『GIRLS und PANZER das FINALE』 Part 1 was released.
Part 2 will be released on 15 June 2019 in Japan.