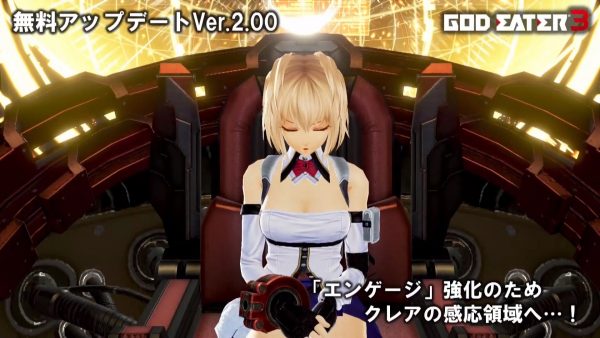 Is God Eater 3 on Switch drying up for you? Now you can look forward to more juicy content updates soon!

Bandai Namco Entertainment has revealed new details about the action RPG in its latest God Eater livestream. In particular, the company gave a new preview of upcoming updates in the next major patch version 2.00 of the game – which will introduce a new additional episode, new costumes, and new Ash Forged bosses.

Additionally, Bandai Namco also detailed more additions in the future 2.10 and 2.20 updates – which promise huge features like New Game Plus and the ability to remake your character from scratch!

Check out the trailer and full details below, courtesy of Gematsu:

The second round of free updates will feature an additional episode dubbed “Encounters with the Past.” In version 2.00, the first chapter of that story will unfold via Claire’s chapter, where you will head to her Sympathy Domain in order to strengthen your Engage. Hugo and Zeke chapters will follow in version 2.10, with the additional stories for other ally characters due out after. Bandai Namco noted that after version 2.00, updates will be released at a faster pace than normal.