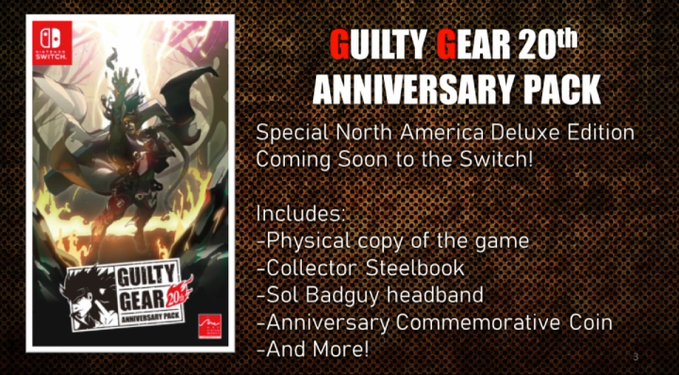 Arc System Works America has announced today that Guilty Gear 20th Anniversary Pack has finally been green-lit for release physically in the US!

Previously released for Japan, Asia and Europe back in May, the company will now be bringing the deluxe edition in North America. This release, as with the previous releases, will include both the Guilty Gear and Guilty Gear XX Accent Core Plus R in one physical package.

The pack will include the following:

However, according to a tweet, that’s not all that is included in the limited physical release as more will be revealed soon.