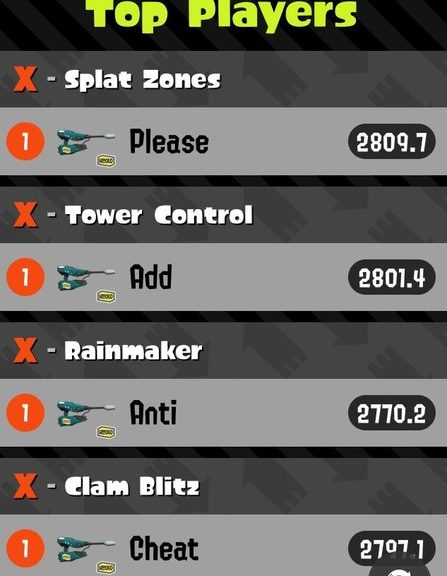 Yesterday it was reported that an ‘ethical’ hacker has broke into Splatoon 2’s leaderboard to draw Nintendo’s attention on the problem of hackers cheating in Splatoon 2.

In a statement to Polygon, the hackers who go by the name “PleaseAddAntiCheat” said:

“My purpose was to call attention to the current issue that plagues the game, and I’ve done that,” said the leaderboard hacker (calling themselves “PleaseAddAntiCheat”). “But my message is, please make protecting your players the top priority.”

While all these attention to Nintendo’s online vulnerabilities is great, Nintendo does not seem amused with PleaseAddAntiCheat’s actions, dropping a permanent ban hammer on him. If there’s any consolation, at least attention was drawn to the larger issue at hand.