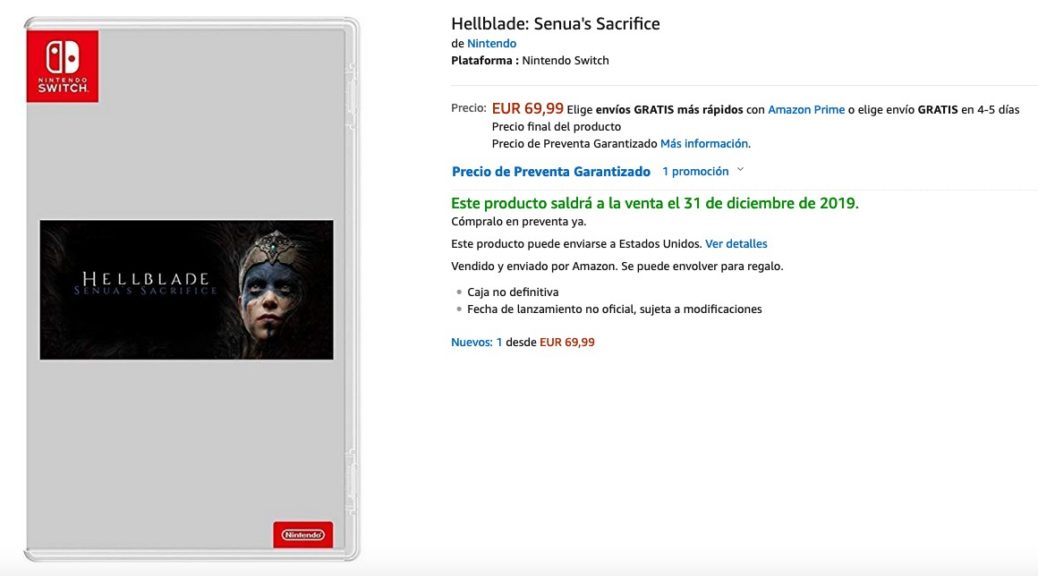 Amazon Spain has put up a listing for a physical version of Hellblade: Senua’s Sacrifice for Nintendo Switch.

According to the listing, the game will launch on December 31, 2019 for EUR69,99. This is most likely a placeholder release date. The strange thing about this listing is Hellblade: Senua’s Sacrifice was announced as a digital-only release, so this could be exclusive to Spain as we have seen for some physical releases or it’s just a mistake. 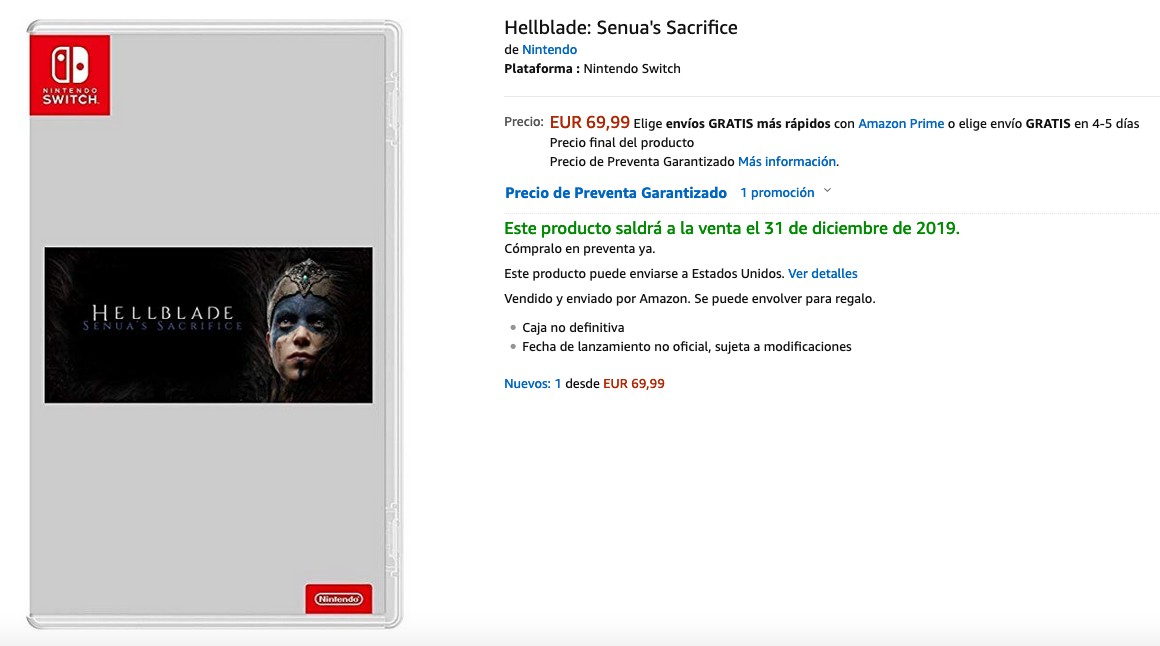 Check out the listing here.