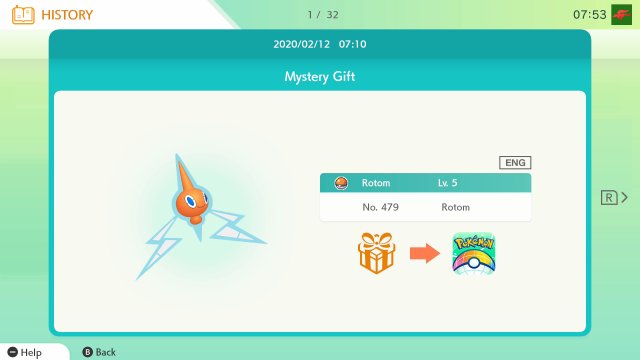 Earlier this week, Pokemon HOME was launched for the Switch and mobile devices, allowing players to store and trade Pokemon from across the series.

Pokemon HOME also rewards players with new Pokemon for completing certain tasks such as trading and completing challenges. Below is a list of the current confirmed gift Pokemon so far, as discovered by players:

As Pokemon HOME continues to receive updates and Pokemon players continue to experiment with the app, it is likely that even more gift Pokemon will be discovered in the future. We will be sure to report back with all the details once they are officially confirmed.